Potential spoilers for DUEA cards from a very unlikely source.

Be sure to read the following!

The first episode of Arc-V just finished airing, and after airing the episode TV Tokyo uploaded a tutorial on how to Duel as well as various other kinds of stuff on their official website. Within it they use card proxies to teach you how to Duel with like a fun interactive thing, and usually this wouldn’t be news to most of us. However, for some reason, this time it appears they might have accidentally revealed several of the anime cards that are to be in The Duelist Advent. Now it’s entirely possible that these are their anime card proxies, but we have three reasons to believe that these are real OCG proxies.

1. Every other card shown on this instruction video has its real life effect.
2. The effect Entermate Sword Fish is radically different from the anime effect, which we also have an anime proxy for. The effect of Barbarian Rage is also different from its anime effect, but we don’t have the anime proxy for that.
3. These cards are written in the OCG text style, instead of the anime text style. It would seem kind of strange for them to go out of their way to write these cards in the OCG style if they’re the anime cards, especially since Entermate Sword Fish already has an anime proxy.

So combining all these evidence, we have a very good chance that these are the real effects of these cards.

BUT of course, this isn’t confirmed in anyway whatsoever, and we won’t know until an official source confirms it. So until then, keep these cards in mind, but don’t be surprised if it ends up not happening. 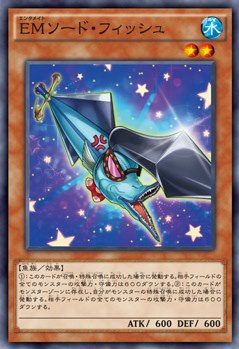 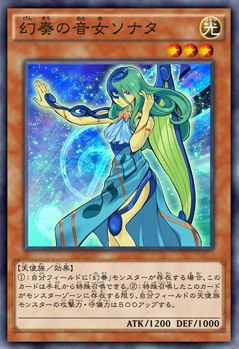 Gensou no Otome Sonata / Sonata, the Fantasia Diva
Light Fairy / Effect
LV3 1200/1000
(1) If you control a “Gensou” monster, you can Special Summon this card (from your hand). (2) While this Special Summoned card is face-up, all Fairy-Type monsters you control gain 500 ATK and DEF.

*The translated name for this gal can change at any time because we need to know the naming trend for this theme from their other cards before making any sort of concrete decision. 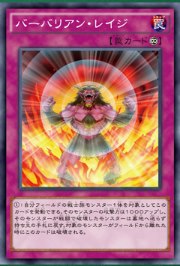 Barbarian Rage
Trap Continuous
(1) Activate by targeting 1 Warrior-Type monster you control; that target gains 1000 ATK, also any monsters it destroys by battle is returned to the hand instead of being sent to the Graveyard. If that monster leaves the field, destroy this card.