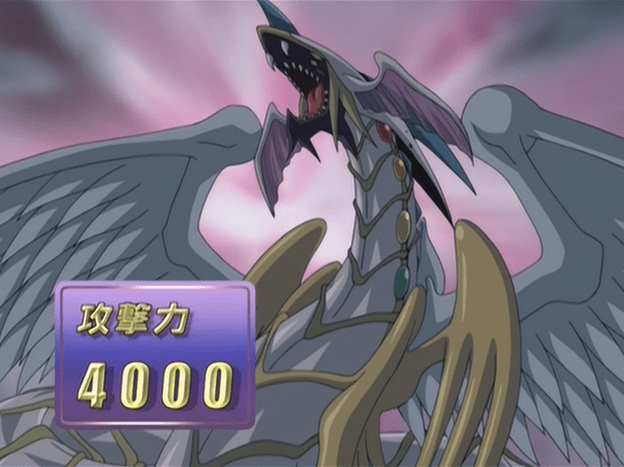 Various new events and what looks to be a lot of new content for GX World are all coming. 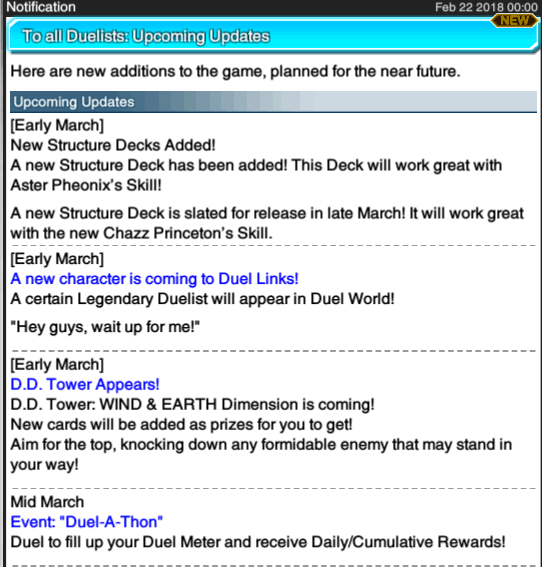 In Early March two Structure Decks will be added. One will be one themed to work with Aster Phoenix, the other is designed to work with Chazz Princeton.

Then in Early March, a new Legendary Duelist appears, who based on Japanese Dialogue sounds like it should be Syrus Trusdale.

Then after his appearance will be the next D.D. Tower event, “WIND & EARTH Dimension”.

Then in Mid-March a new Duel-A-Thon will be held. 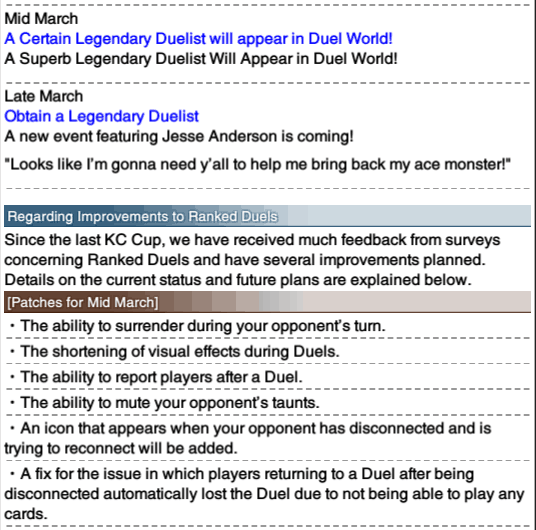 A certain Legendary Duelist will appear in Duel World in March. The Japanese text says they’ll be getting “Serious(?)”.

Then in Late March Jesse Anderson reappears with a chance to obtain him as a Legendary Duelist, and this time you’ll be able to help him revive his ace monster, Rainbow Dragon! 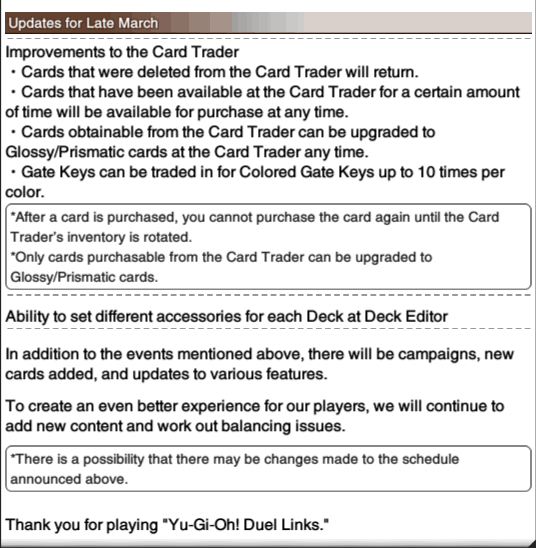 The Card Trader is going to get major improvements:

There will be an ability to set different accessories with different Decks at the Deck Editor.

There will be new campaigns, cards and updates being added to the game.