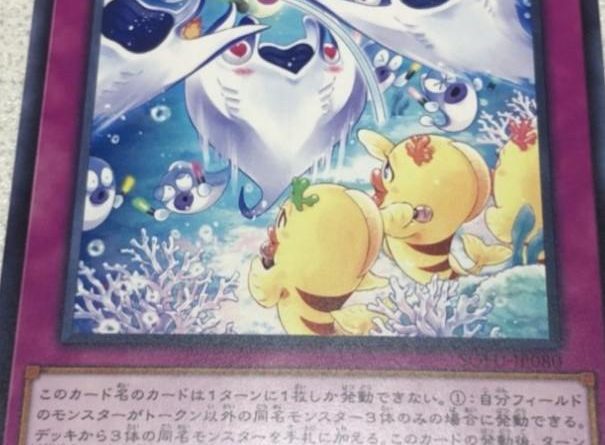 The last cards of the set descends, and of course, one of them is a pun. 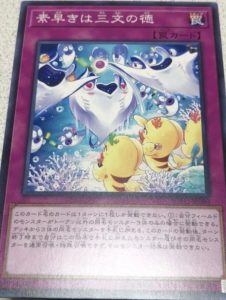 素早きは三文の徳 Subayaki wa Sanmon no Toku (Lit: Nimbleness is one of the Three Virutes) [Eng: The Nimble Manta Catches The Worm]
Normal Trap Card
You can activate a card with this card’s name only once per turn.
(1) If you control exactly 3 non-Token monsters with the same name and no other monsters: Choose 3 monsters with the same name as each other from your Deck, and if you do, add those 3 monsters to your hand, and if you do that, for the rest of this turn after this card resolves, you cannot Normal Summon/Set or Special Summon monsters with the added monsters’ name, also monster effects with the added monsters’ name cannot be activated.

Note: The card’s name is a very blatant pun on the Japanese term for “The Early Bird Catches The Worm” (literally “Getting Up Early is one of the Three Virtues). 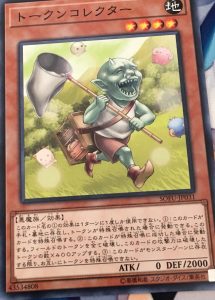