Or: Why Dominateguy is everything you’ve ever wanted.

“Destiny HERO” Special Feature: A Fusion Monster That Dominates Fate And A Link Monster That Supports Deployment Both Appear!

Let’s check out the special features of the latest cards!

A Level 10 Fusion Monster with 3 Powerful Effects! It Special Summons 3 allies from the GY when it’s destroyed!!! Also, it has an effect to manipulate which cards will be drawn in the future, and an effect to draw, you’ll be able to use powerful combos!!

Fusion Summon With 3 “Destiny HERO”! Call Forth 3 Allies When Destroyed! Aim For Victory With Its 3 Effects That Control The Duel! 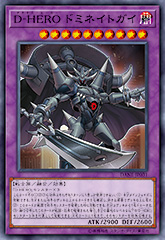 A Link 2 monster that you can Link Summon with 2 Warriors! Not only does it support “Destiny HERO”es, it works with “HERO” via its effect that ads “HERO” monsters from the Deck to the hand!! 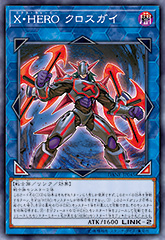 A new monster appears that has an effect to Special Summon itself from the GY during the next Standby Phase after it’s sent to the GY, and it also has an effect that causes both players to draw!

It Has A Powerful Draw Effect! It’s Possible To Use Its Effect by Special Summoning Itself!

A powerful Spell Card appears that can Fusion Summon by using even cards from the Deck as Fusion Materials for a Fusion Monster that has “Destiny HERO” monsters as Fusion Materials! As well, there’s a Continuous Trap Card that greatly enhances the tactics of the series with its 3 effects!

Call Forth “Dominateguy” With 3 “Destiny HERO” From The Deck, And Combo Powerfully With Its Destroy During The End Phase Effect!!!

Fusion Destiny
[Normal Spell]
Fusion Summon 1 Fusion Monster from your Extra Deck that lists a “Destiny HERO” monster as material, using monsters from your hand or Deck as Fusion Material, but destroy it during the End Phase of the next turn. For the rest of this turn after this card resolves, you cannot Special Summon monsters, except DARK “HERO” monsters. You can only activate 1 “Fusion Destiny” per turn.

▶ Fusion Monsters That Can Be Fusion Summoned With This Card ◀

A Continuous Trap That Supports Battle, Deployment And Assaulting Your Opponent’s Cards! Its 1st Effect Demonstrates its True Value In Tandem With “Dystopia”!!

D-Tactics
[Continuous Trap]
During the Standby Phase: You can have all “HERO” monsters you control gain 400 ATK (even if this card leaves the field). If a Level 8 or higher “Destiny HERO” monster(s) and/or “Destiny End Dragoon” is Special Summoned to your field: You can banish 1 card from your opponent’s hand, field, or GY. If this card in the Spell & Trap Zone is destroyed by a card effect: You can add 1 “Destiny HERO” monster from your Deck to your hand. You can only use each effect of “D-Tactics” once per turn.

You can choose to experience either “Destiny HERO” or “Super Quant” Decks! Entry is free, and before you Duel with the staff, you’ll get a lecture on how to use the Deck, so have fun!

▼ Duel With The New Cards In Decks Before They’re Released! 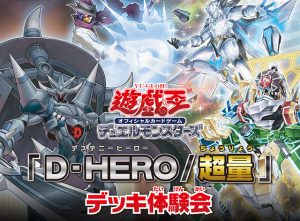 Dark Neostorm
[On Sale January 12th 2019]
A basic pack (the 4th of the 2018 Fiscal Year) that contains must have cards for all Duelists, and of course there’s cards from the Yu-Gi-Oh! VRAINS animated series! A new Xyz monster joins the Cyberse that Playmaker uses! As well, there are cards that supports Xyz Summoning! Also, there are new “World Legacy” related cards, as well as new cards for various series that were popular in the past for players to enjoy!
[ To the Product Page ]