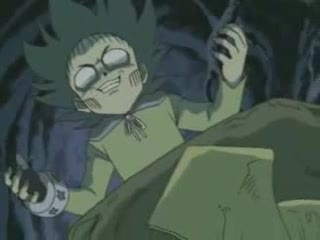 Bonz is back, and this time it goes about as poorly as expected for the little guy. 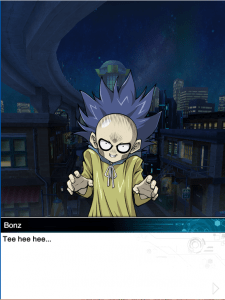 This event introduces an actual story line, of sorts. Basically Bonz returns, and ends up scaring one of the NPCs, a girl named Bella, who drops her card. Yugi and pals, naturally, go on a ghost hunt, as the girl claims a ghost with a terrifying face made her drop her card. 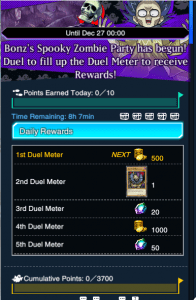 The event is a Duel-A-Thon with plot beats, where you keep Dueling to gain rewards each day with a cumulative goal. 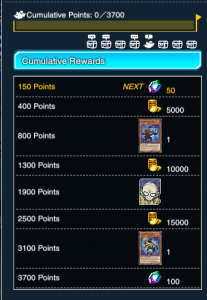 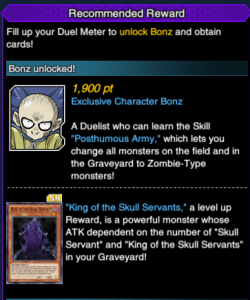 The major rewards of note:

Unlocking Bonz himself as a playable, he brings with him support for the more “Gag” undead/horror themes, specifically the “Skull Servant”s and the “Ghostrick”.

King of the Skull Servant, a monster that can become very big based on the number of Skull Servants in your GY. 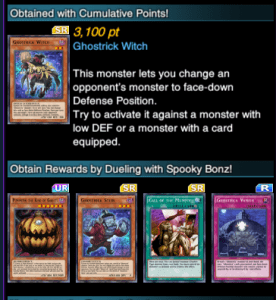 Also of note are: 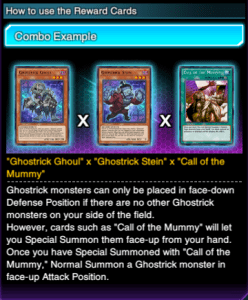 A basic premise with the Ghostrick cards you collect from him is to summon them with Call of the Mummy. 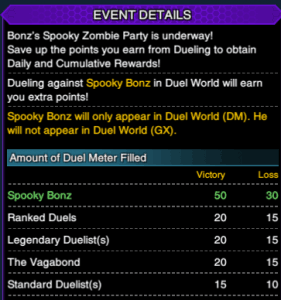 You score more points with non Standard Duelists, and the most by punching Bonz’s lights out 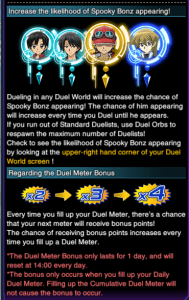 And beftting a Duel-a-Thon, certain Duels will multiply in reward value. 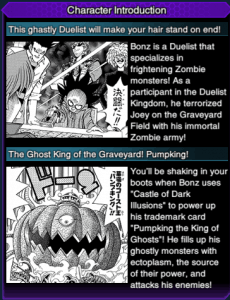 Bonz is a Duelist who specializes in Zombies, specifically ones that make the most of endless resurrection.

Use Castle of Dark Illusion and Pumpking the King of Ghosts in tandem together to create ever stronger monsters. 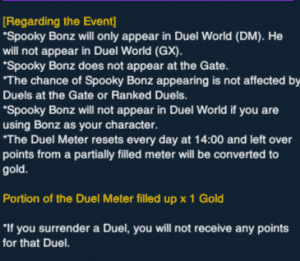 If you use Bonz as a character, “Spooky Bonz”, his event variant, won’t show his face. Spooky Bonz is also not a Gate character, so keep that in mind for “Farming” him.

Duel World, in tandem with this event, now introduces a Nightime and Daytime cycle similar to Pokemon, and has no effect on the game at the moment other than aesthetic. 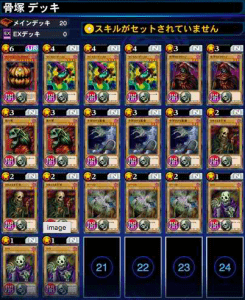 Zombie Draw, a Zombie variant of the “Once you’ve lost 1800 LP, you can draw a X monster as your Normal Draw”.

We’ll update with Posthumous Army and anything else when we find out. 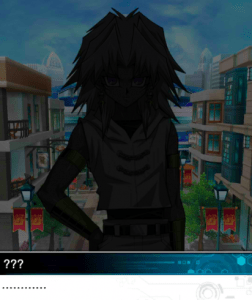 Also the end of the Yami Marik Returns event implies that normal Marik may show up in the near future, as Normal Marik seemingly sealed away Yami Marik