It’s the holiday season, a time of year when everyone seems to be busy! There’s a lot going on in the Yu-Gi-Oh! TCG right now, from a ton of cool new stuff you can find out about here, to the new Forbidden & Limited List which takes effect on January 1.

But in addition to all of that, I wanted to let everyone know about a couple of cool new projects we’ll be coming out with next Spring.

These have been under wraps for a while, but we’re excited to finally start talking about them. Both sets are still under development, but the working title of each is Yu-Gi-Oh! TCG: PREMIUM GOLD* and Yu-Gi-Oh! TCG: DRAGONS OF LEGEND*. (Again, these are the working titles. Don’t be surprised if the final set’s name is different!)

Premium Gold* includes some of the greatest hits from the old Gold Series sets, adds a ton of new cards, and introduces the new GOLD SECRET card rarity!

Until now, Gold Rare Cards have only been available through a limited number of stores. But Premium Gold* will be available everywhere that you normally buy the Yu-Gi-Oh! TCG. Gold Rares for everyone!!

The new GOLD SECRETS take all of that and add a Secret Rare Card’s textured foil pattern on top of it.

Premium Gold* will be sold in small boxes, each of which will contain 3 mini-packs. Each 5-card Premium Gold* mini-pack contains 2 Gold Secrets and 3 Gold Rares.

Each Gold Secret will be either a brand new, never-before-seen card, or one of the legendary God Cards from the original Yu-Gi-Oh! series!

The 3 Gold Rares in each mini-pack come in two varieties. One of the Gold Rares is a card never released as a Gold Rare before. The other 2 Gold Rares are some of the most popular Gold Rares from previous Gold Series sets (with updated Problem-Solving Card Text, of course).

This release is tentatively scheduled for March 28, 2014.

Dozens of famous cards from all four Yu-Gi-Oh! TV series – in print for the first time ever!

Over the years, thousands of cards have been used by characters on the Yu-Gi-Oh! TV show, and found their way into eager Duelists’ decks in the real world. But thousands more cards have appeared on TV but have never made it into print as actual cards.

Time to start reversing that trend! Some of the most popular and fan-requested TV cards from all 4 Yu-Gi-Oh! series make their long-awaited debuts in this set.

Ever watched the TV series and thought “Wow! I wish that was a real card!” Your wishes might start to be fulfilled, beginning with this set!

This release is tentatively scheduled for April 25, 2014.

We’re super excited for both of these sets, and we hope you will be, too! We’ll talk more about what will appear in both these sets as we get closer to their release. (And you really aren’t going to believe your eyes, when you see…)

Until then, Happy Holidays from all of us who work on the Yu-Gi-Oh! TRADING CARD GAME!

* = Remember – this is a working title for this set! Final name subject to change.

Some Legacy of the Valiant TCG names 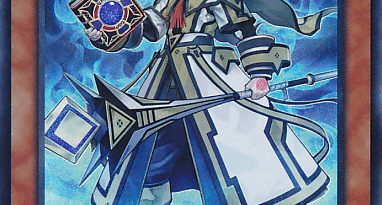