Continuing from the other SECE Leaks, presumably by the same sources. 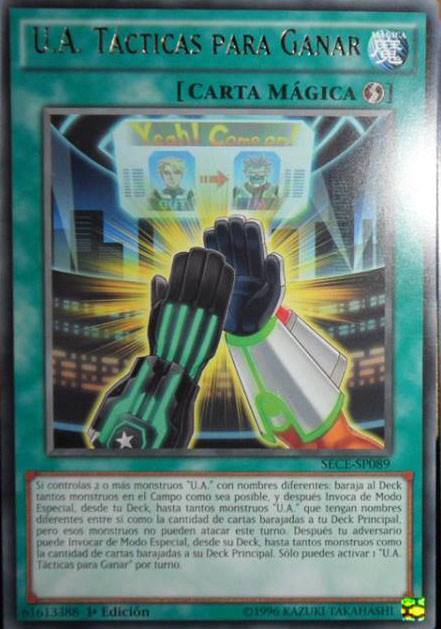 U.A. Tacticas para Ganar (U.A. Winning Tactics?)
Quick-Play Spell Card
If you control 2 or more “U.A.” monsters with different names: shuffle as many monsters on the field as possible into the Deck, then Special Summon from your Deck a number of “U.A.” monsters with different names up to the number of cards shuffled into your Main Deck, but they cannot attack this turn. Then, your opponent can Special Summon, from their Deck, as many monsters as the amount of cards shuffled into their Main Deck. You can only activate 1 “U.A. Winning Tactics” per turn.

Clarifications for Good & Evil in the Burning Abyss

The new Jinzo is a Super Rare