With this news comes an official English name for the “Lightsworn” Synchro Monster, and a World-Premiere Spell Card.

The name is officially confirmed as “Michael, the Arch-Lightsworn”. There will be a new Spell Card included called “Lightsworn Sanctuary”, a card that supposedly addresses a “vulnerability of Lightsworn Decks”.

The Structure Deck will include 2 Ultra Rares, 2 Super Rares, and 37 Commons.

However, there will only be 2 “Lightsworn” Tuner monsters included, meaning only 2 of the following UNOFFICIALLY-named cards will be included in this product:

It is most likely “Felice” will not be included, as that card was released as a V Jump promo, while the other 2 monsters were released in a different OCG product. 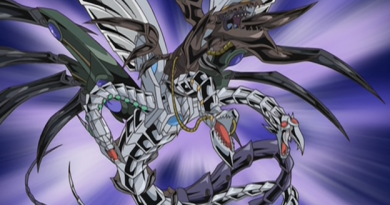