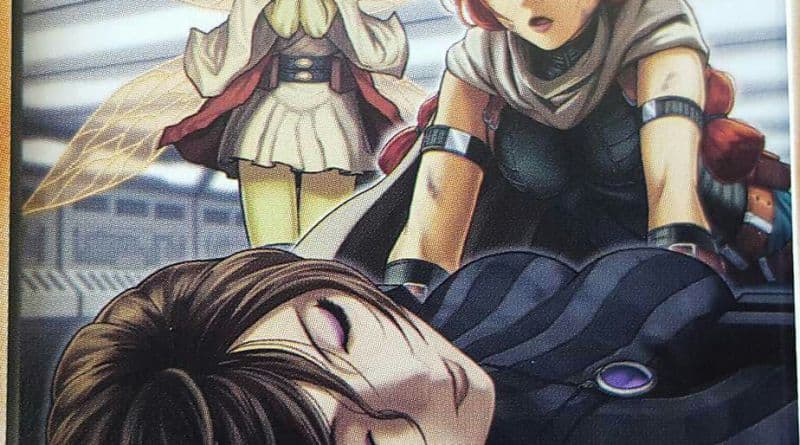 Dark Planet is more of a icing on the cake type of card rather than practical. 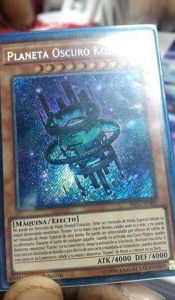 Kozmo Dark Planet
Level 10 DARK Machine-Type [Special Summon] Effect Monster
ATK 4000
DEF 4000
Cannot be Normal Summoned or Set. Must be Special Summoned (from your hand) by banishing “Kozmo” monsters from your hand whose Levels equal 10 or more and cannot be Special Summoned by other means. Cannot be targeted by your opponent’s card effects. During either player’s turn, when a Spell Card is activated: you can banish 1 “Kozmo” monster in your Graveyard; negate the activation, and if you do, destroy that card. If this card is destroyed by battle or by a card effect and sent to the Graveyard: you can banish this card from your Graveyard; add 1 Level 9 or lower “Kozmo” monster from your Deck to your hand. 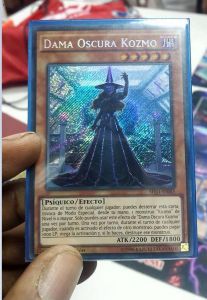 Kozmo Darklady
Level 5 DARK Psychic-Type Effect Monster
ATK 2200
DEF 1800
During either player’s turn: you can banish this card: Special Summon 1 Level 6 or higher “Kozmo” monster from your hand. You can only use this effect of “Kozmo Dark Lady” once per turn. Once per turn, during either player’s turn when another monster’s effect is activated: you can pay 1000 LP: Negate that activation, and if you do, destroy that monster. 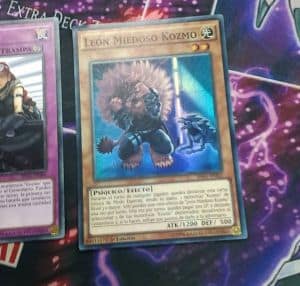 Kozmo Fearful Lion
Level 2 LIGHT Psychic-Type Effect Monster
ATK 1200
DEF 500
During either player’s turn: you can banish this card: Special Summon 1 Level 3 or higher “Kozmo” monster from your hand. You can only use this effect of “Kozmo Fearful Lion” once per turn. Once per turn: You can pay 500 LP, then target 3 of your banished “Kozmo” monsters; return them to the Graveyard, and if you do, inflict 500 damage to your opponent. 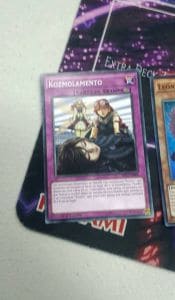 Kozmourning
Continuous Trap Card
Monsters destroyed in battle by “Kozmo” monsters you control are shuffled into the Deck instead of being sent to the Graveyard. You can banish this card from your Graveyard; this turn, the first time you would take battle damage from a battle involving a “Kozmo” monster you control, you gain that much LP instead. 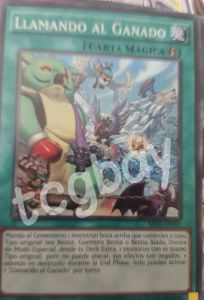 Cattle Calling
Quick-Play Spell Card
Send 1 face-up monster you control whose original Type is Beast, Beast-Warrior or Winged-Beast; Special Summon 1 monster with the same original Type from your Extra Deck, but it cannot attack, its effects are negated, and it is destroyed during the End Phase. You can only activate 1 “Cattle Calling” per turn. 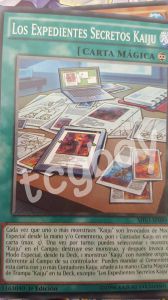 Kaiju X-Files
Continuous Spell Card
Each time one or more “Kaiju” monsters are Special Summoned from the hand and/or Graveyard, put 1 Kaiju Counter on this card (max. 5). Once per turn: You can target 1 “Kaiju” monster on the field; destroy it, then Special Summon 1 “Kaiju” monster from your Deck with a different original name to the controller’s side of the field. You can send this card with 3 or more Kaiju Counters to the Graveyard; add 1 “Kaiju” Spell or Trap Card from your Deck to your hand, except “Kaiju X-Files”.