We finally know what name they settled on for THAT ONE CARD.

Giant Cards provide us with with a preview of the upcoming Dragons of Legend 2 once again. 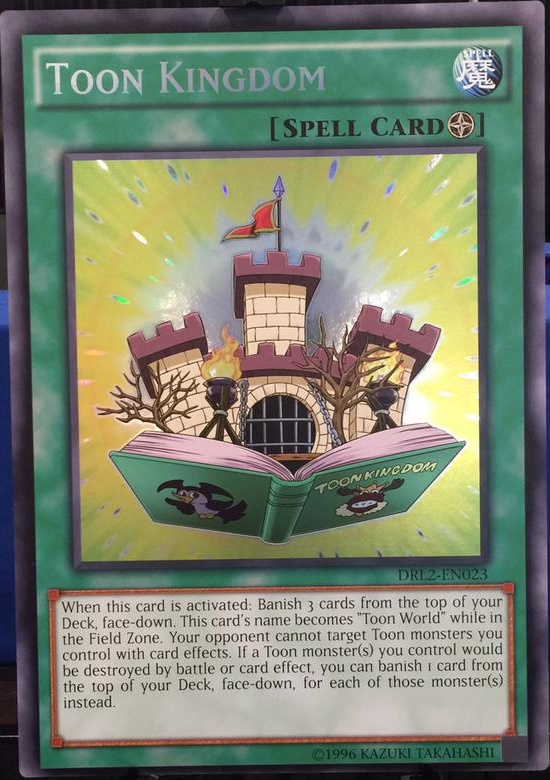 Toon Kingdom
Field Spell
When this card is activated: Banish 3 cards from the top of your Deck, face-down. This card’s name becomes “Toon World” while in the Field Zone. Your opponent cannot target Toon monsters you control with card effects. If a Toon monster(s) you control would be destroyed by battle or card effect, you can banish 1 card from the top of your Deck, face-down, for each of those monster(s) instead. 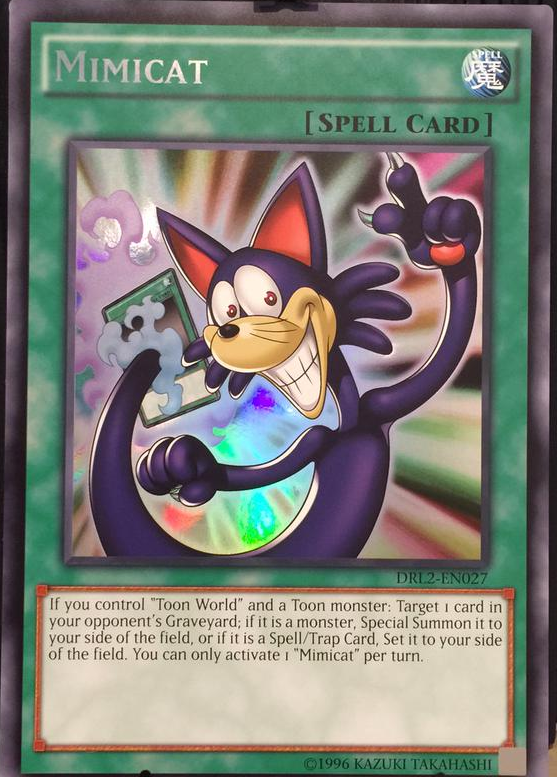