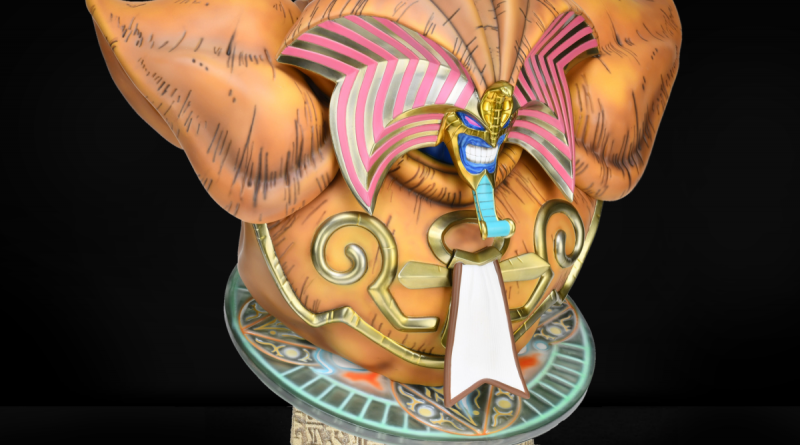 Apparently they forgot Exodia, while iconic, isn’t a major character.

Taka Corp Studio planned to unveil its Exodia Necross bust shortly after opening pre-orders for its Exodia the Forbidden One bust back in February. Unfortunately for fans waiting to buy Exodia Necross, what was supposed to happen “a little later” has since stretched into “several months later.” But the blame doesn’t lie entirely with the global coronavirus pandemic; many things have happened behind the scenes at the French collectibles company.

In the latest issue of Resins of Otakus magazine, Grégory do Cabo, one of Taka Corp’s founders, explained that creating the Necross version of the bust has been “quite difficult” because the painter of the statue didn’t have time to work on it. And because of the long delay, the company is adjusting the edition size of both statues to meet their production deadlines; Exodia the Forbidden One will now be limited to 150 busts, while Exodia Necross will be limited to 50 busts. This is a decrease from the 400 Exodia busts and 100 Exodia Necross busts that the company originally announced in February.

Exodia is Taka Corp’s “least successful statue,” said Cabo bluntly. He explained that the company should have been more aware of Exodia’s standing as a “minor character” and that sales of its bust “would not reflect that of a famous antagonist” — perhaps a reference to Taka Corp’s sold-out bust of Hunter x Hunter’s Hisoka. Still, this won’t be “detrimental” to Taka Corp’s investment in the Yu-Gi-Oh! license so long as the company can turn even a small profit, Cabo added. To that end, reducing the edition sizes will also serve to “minimize losses between production and sales” and to speed up production.