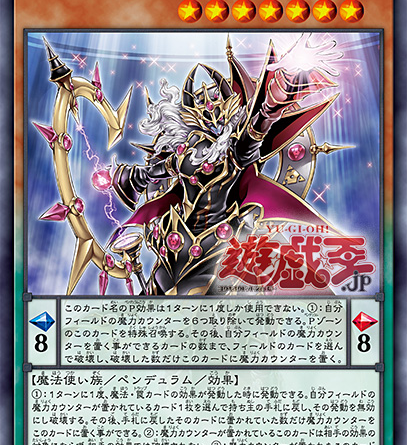 The magical masters of Structure Deck: Order of the Spellcasters have transcended the need for physical forms and gained the ability to become Spells themselves! As Pendulum Monsters, they can be played as either monsters or Spell Cards, and have different abilities depending on which you choose.

With most Pendulum Monsters you have to choose between playing it as a monster or a Pendulum Spell, and once you decide, you can’t change your mind. With the new Pendulum Monsters from Structure Deck: Order of the Spellcasters, you don’t have to worry about playing your monsters as Spells because they all have effects that Summon themselves from your Pendulum Zones! After all, what good is being able to convert yourself into pure magical energy if you can’t regain your body later?

This Structure Deck uses the same “Spell Counter” system as the Spellcaster’s Command Structure Deck and the “Mythical Beast” monsters from Extreme Force, so cards from all three can be combined together to create an even more powerful Deck!

Strucutre Deck: Order of the Spellcasters contains a 41-card Main Deck + 1 Extra Deck monster for a total of 42 cards:

The release date is given as April 19th, 2019; only 6 weeks later than Lord of Magician.