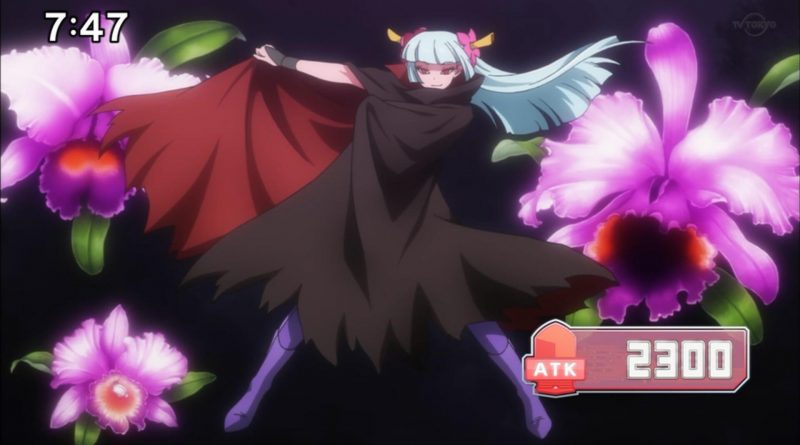 Note: Ranze uses a group of monsters called 花牙 (Kage), which is probably meant to sount like a clan name, which literally means “Flower Fang”, but also sounds like the Japanese word for Shadow (影), and is used with the rest of their names to create puns. 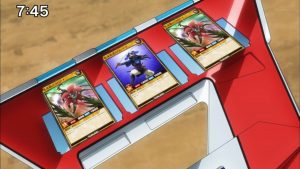 Note: This card’s name might be a reference to the Purple Marshlocks plant. Also “Kagerou” sounds like “heat haze” (heat so strong it distorts the ability to see things in the air properly) or something ephemeral. 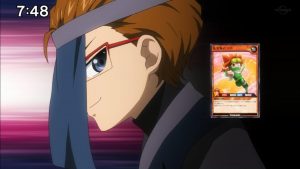 花牙鬼のユリ Kageoni no Yuri (Flower Fang Oni Yuri)
Level 2 EARTH Plant Effect Monster
ATK 500
DEF 500
[Requirement] You can activate if you control a face-up Normal Monster (Plant-Type).
[Effect] Both players send the top card of their Deck to the Graveyard.

Note: This might be referencing “Kagefumioni”, which are basically an old game in Japan used played using late night shadows? Yuri means Lily. 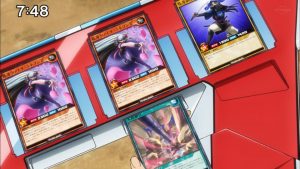 花牙クノイチ・エトランゼ Flower Fang Kunoichi Etranzer
Level 7 EARTH Plant-Type Effect Monster
ATK 2300
DEF 1000
[Requirement] You can activate by sending 1 monster (Plant-Type) from your hand to the Graveyard.
[Effect] Choose 1 “Flower Fang Kunoichi Etranzer” in your Graveyard and Special Summon it to your side of the field face-up. A monster Special Summoned by this effect is placed on the bottom of the Deck when the turn ends. During this turn this card cannot attack directly.

Note: This card’s name references エトランゼ, the French word Etranger, but it probably is referencing Ranze herself, and the fact her name in part sounds like “Orchid” (蘭). 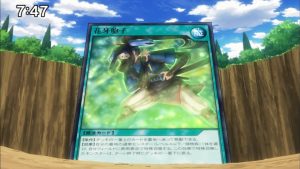 花牙胞子 Kageboushi (Flower Fang Spores)
Normal Spell Card
[Requirement] You can activate by sending the top card of your Deck to the Graveyard.
[Effect] Choose 1 Normal Monster in your Graveyard (Level 4 or lower/Plant-Type) and Special Summon it face-up to your side of the field. The monster Special Summoned by this effect is placed on the bottom of the Deck when the turn ends. 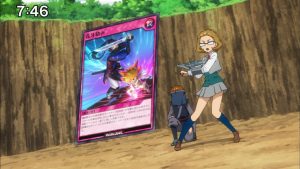 花牙踏み (Flower Fang Shadow Strike)
Normal Trap Card
[Requirement] When a monster your opponent controls declares an attack on a face-up monster (Plant-Type) you control, you can activate by returning 2 monsters (Plant-Type) from your Graveyard to the bottom of your Deck in any order you choose.
[Effect] All Attack Position monsters your opponent controls are changed to face-up Defense Position.

Note: 影踏み near as I can tell relates to the stepping on shadows game I mentioned, or to a term for assassination. 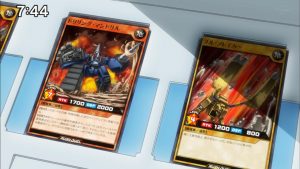 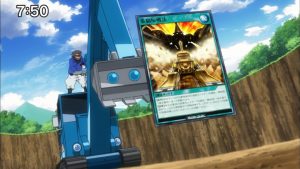 重騎屋戦法 Juukiya Senpou (Heavy Mequestrian Tactics)
Normal Spell Card
[Requirement] You can activate by sending 1 face-up Normal Monster (EARTH/Machine-Type) you control to the Graveyard.
[Effect] Choose 1 Effect Monster (EARTH/Machine-TYpe) in your Graveyard and Special Summon it to your side of the field face-up. During this turn, monster you control cannot attack, except the monster Special Summoned by this effect.

Note: 重騎 is Heavy Cavalry, but it sounds like 重機 (Heavy Machinery).