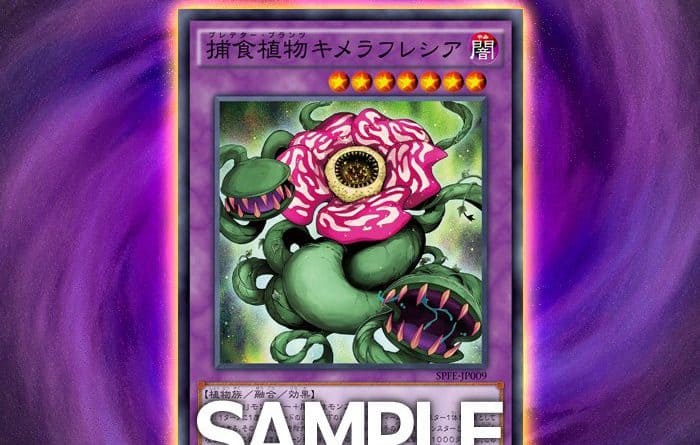 And it’s confirmed what one of the other themes in Fusion Enforcers is! Yuri’s Predator Plants! 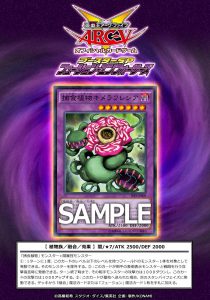 SPFE-JP009 捕食植物キメラフレシア Predator Plant Chimera Rafflesia
Level 7 DARK Plant-Type Fusion Effect Monster
ATK 2500
DEF 2000
1 “Predator Plant” monster + 1 DARK Monster
(1) Once per turn: You can target 1 monster on the field with a Level that is equal to or less than this card’s current Level: Banish it.
(2) During attack declaration, when this card battles an opponent’s face-up monster: You can activate this effect; until the end of the turn, that opponent’s monster loses 1000 ATK, also this card gains 1000 ATK.
(3) During the next Standby Phase after this card was sent to the Graveyard: You can add 1 “Polymerization” Spell card or “Fusion” Spell card, except “Diffusion Wave-Motion” from your Deck to your hand.