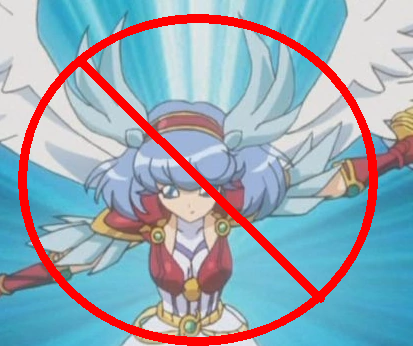 If you were considering super sekrit Tuner tech with “Ride of the Valkyries”, it looks like you’re out of luck.

The Official Database, as of today, has updated to clarify the following cards are NOT “Valkyrie” cards.

Valkyrie of the Nordic Ascendant

The reason being is the Japanese name for Zigfried’s Valkyrie cards is “Walküre”, based on the Japanese version of the animated series. “Walküre” is the term used by Richard Wagner in his “Der Ring des Nibelungen” opera. Naturally, these two cards aren’t “Walküre” in Japan, so they don’t count as Valkyries for the TCG usage of “Valkyrie” support.

However, as of the moment, these cards have not had their names changed, merely rule text added to their descriptions.