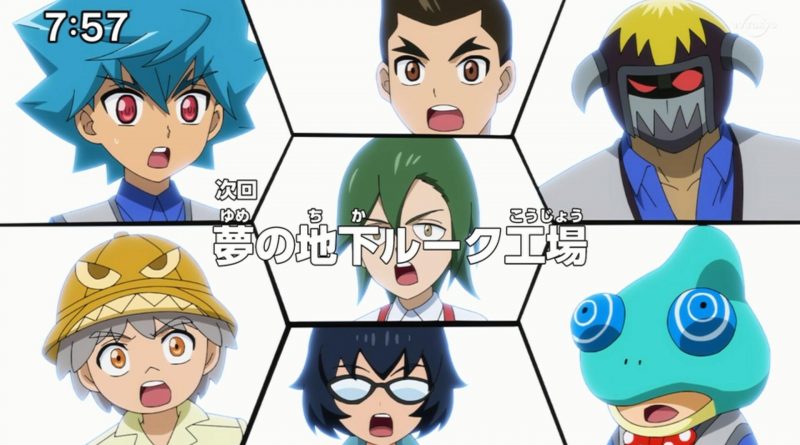 Despite the name, it seems to be a fight between con artists and the paparazzi.

Episode 72: 夢の地下ルーク工場 – Yume no Chika Rūku Kōjō
(The Fantastic Underground Luke Factory)
Hunt ran into Luke and the others in front of the Goha Corp office. He thought that Goha gave off “the smell of money,” so he went together with Bakuro and Goha Seventh’s newspaper club, who were at Goha to do interviews, to Goha’s underground area. They discovered an abandoned factory in the deepest level, as well as a certain machine that seemed like it came straight out of a dream…

Note: This episode’s title is a play on the Gene Wilder version of “Willy Wonka and the Chocolate Factory”, so maybe “Luke and the Underground Factory”?