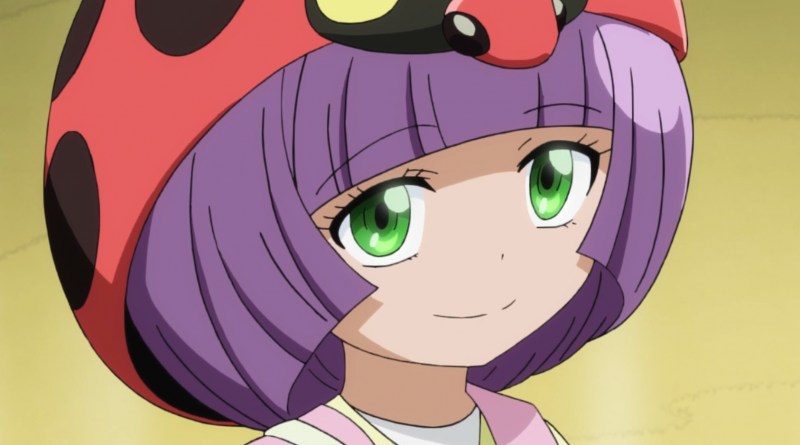 Yes I’m late on these because I am a fool.

Episode 70: その者、裏七星 – Sono Mono, Ura Nanahoshi
(She’s That One Other Nanahoshi)
Among the weirdly-dressed members of Goha Fifth Elementary’s Insect Duel Club is Nanahoshi Nanaho, a girl with a ladybug hat. She seems to know Yuga. Swirly brings her to where Yuga is so that she can pay him a visit. However, when Yuga sees Nanaho, he starts to act strangely…

NOTE: The insect girl shares the same last name with Ranze and Rinnosuke. The 裏 in the Japanese title can mean unofficial, secret, illicit, secondary, etc. There’s not enough context to determine what it means here, unfortunately, so I’ve translated the title as “She’s That One Other Nanahoshi” for now.