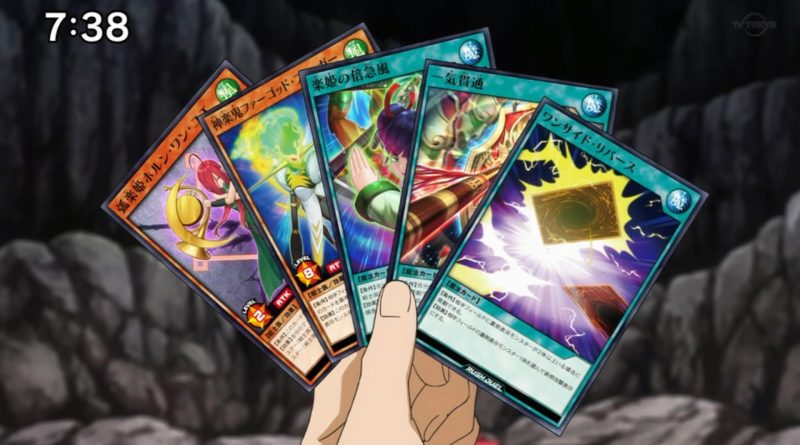 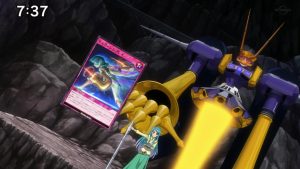 ディフェンシブレス Defense Breath
Normal Trap Card
[Requirement] You can activate when your opponent’s monster declares an attack by sending the top 2 cards of your Deck to the Graveyard.
[Effect] Choose 1 Attack Position monster (WIND/Warrior-Type) you control and change it to face-up Defense Position. A monster changed to Defense Position by this effect gains 300 DEF until the end of the turn. 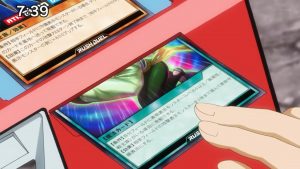 楽姫の倍急風 Gakki no Paikyuufuu (Music Maiden’s Twin Squall)
Normal Spell Card
[Requirement] You can activate if you control a face-up monster (Level 5 or higher/WIND/Warrior-Type).
[Effect] Choose up to 2 Attack Position monsters your opponent controls and change them to Defense Position. 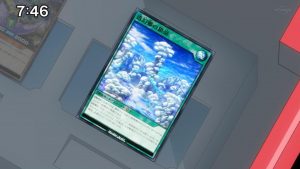 透幻郷の銀嶺 Tougenkyou no Ginrei (The Snow-Capped Summit of Spectral Shangri-La)
Field Spell Card
[Requirement] You can activate this card if your opponent controls a face-up monster (Level 7 or higher).
[Effect] While this card is face-up in the Field Zone, if a Player would Tribute Summon a monster (Level 7 or higher/Wyrm-Type) in Attack Position, they can do so with 1 Tribute. 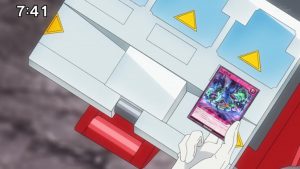 Regarding Asana’s Field Spells, they’re apparently referencing The Peach Blossom Spring, a Brigadoon-esque tale in China of a village that had long since cut off connections with the real world, and that is visited for only a short while before impossible to return to.

Konami naturally did their usual name fiddling, changing it from 桃源郷 (Town at the Source of the Peaches) to 透幻郷 (The Town of Transparent Phantoms/Illusions), a reference likely to the fact a large number of Wyrms (幻竜), especially earlier ones, in Yu-Gi-Oh! tend to be half transparent, like a specter or illusion or mirage, while also usually drawing from legendary and mythic dragons. This dual joke, so to speak, has to do with the fact 幻 means not only Phantom/Illusion, but it’s also usually the word of preference and choice in Japanese to refer to something legendary or mythic (such as the Egyptian Gods and Sacred Beasts in Japan), a good example being 幻獣, which is one of the terms you can refer to say, Chimera and Pegasus to.

Also to note, however, 桃源郷 and 桃源 are often used to refer to the idea of paradises such as Arcadia, Eden, Shangri-La, et al. Hence I will be sticking with that name choice.