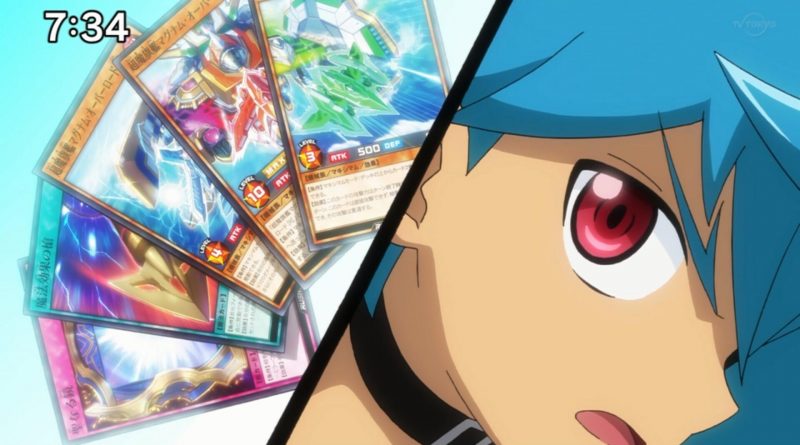 So many Scale puns…

These are not confirmed for release, etc. et al. 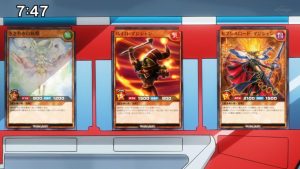 パイロ・マジシャン Pyro Magician
Level 5 FIRE Spellcaster-Type Effect Monster
ATK 1500
DEF 800
[REQUIREMENT] You can activate this during the turn this card was Normal Summoned.
[EFFECT] Send 2 face-up monsters (Spellcaster-Type) you control to the Graveyard. Then, you draw 2 cards. 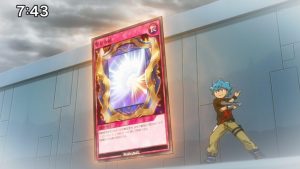 聖なる鏡 Seinaru Kagami (Sacred Mirror)
Normal Trap Card
[REQUIREMENT] When your opponent’s monster declares an attack, you can activate this by shuffling 1 “Mirror Force” from your Graveyard back into your Deck.
[EFFECT] Negate that attack. 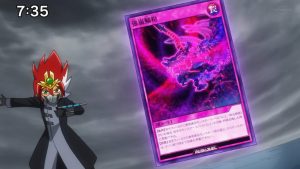 強嵐鱗粉 Kyouran Rinpun (Raging Maelstrom of Insectile Scales)
Normal Trap Card
[REQUIREMENT] If you control a face-up monster (Level 7 or higher/Reptile-Type), you can activate this when your opponent Normal or Special Summons a monster (Level 7 or higher)
[EFFECT] Choose 1 face-up monster your opponent controls. Tthat monster cannot activate its effect(s) until the end of the turn.

Note: This is basically like. Fury or Madness being bent into Maelstrom. Rinpun typically plays on Insect Scales, which is a play on Goha Yuga’s ace is a giant pile of Chameleons that sounds and looks like a big ass insect monster (while also being a dragon), which plays on the bit that Goha Yuga molted from the back of Swirly, like a bug coming out of its larva state. Which is a play on the fact the character for Insect is in the term for Reptile, which means “Vermin-like thing that crawls on the ground”, basically. 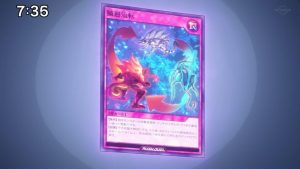 鱗廻流転 Rinne Ruten (Endless Reincaragetion/Cycle of Reincargetion/Literal: Endless Scaled Reincarnation)
Normal Trap Card
[REQUIREMENT] When your opponent’s monster declares an attack, you can activate this by sending the top 5 cards of your Deck to the Graveyard.
[EFFECT] Negate that attack. Then, choose 1 face-up monster (Level 7 or higher/Reptile-Type) you control and place it on the bottom of the owner’s Deck.

Note: Basically this is just “The endless cycle of reincarnation and transmigration” but they replaced Circle/Cycle with Scale. Why Rage? Because every time Reverse Scale (Gekirin) comes up, Rage is how it’s localized, so I’m trying to keep to a thematic bit, especially when he seems to be aping on Z-ARC. 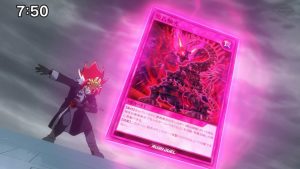 警告鱗光 Keikoku Rinkou (Rage-diant Warning/A Glimme-Rage of Warning/Literal: Warning Scale Phosphorescence)
Normal Trap Card
[REQUIREMENT] If you control a face-up monster (Reptile-Type), you can activate this when your opponent Normal or Special Summons a monster (Level 7 or higher) face-up.
[EFFECT] During this turn, your opponent cannot attack with monsters (ATK 3000 or higher).