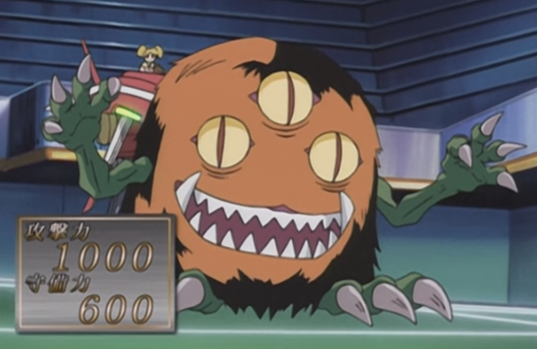 More Areas are now unlocked in the current event. News on a new Box and a tease for a “major update”.

Areas 26-40 are now available, with new rewards. Are Infinity is no longer accessible (it may be available again if 40 is cleared). Event Missions have also been added. In addition to the daily small Stamina Potion available from playing 1 Ranked Duel, playing 2 of them will get you 100 Lottery Coins and playing 3 will get you 200 more Lottery Coins. 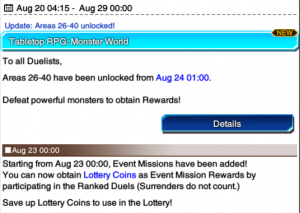 The KC Cup starts on August 29th. The first stage lasts until September 7th, with Stage 2 then lasting until September 10th. Victories in the KC Cup are counted towards Ranked Duels victories. 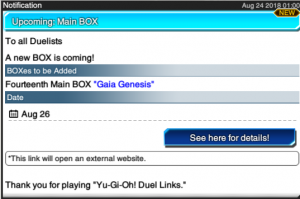 Early September will have another Duel-A-Thon. Syrus Truesdale will be added to the Gate around the same time. Mid-September will have a new Legendary Duelist – based on dialogue, it seems to be Yubel. They are also teasing a “massive update” to Duel Links in Late September.

Early October will feature the return of Espa Roba’s team PVP event, with another chance to unlock Roba. He’ll also get access to a new Skill. 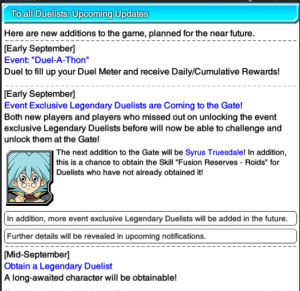 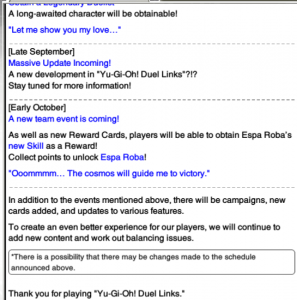 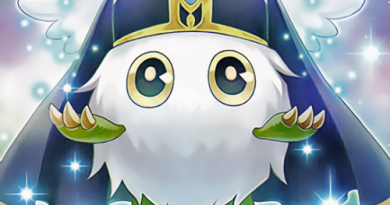 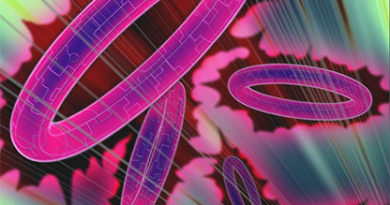 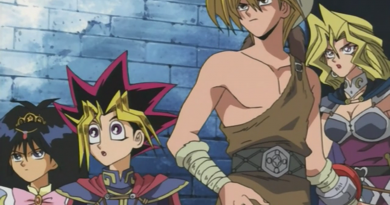