bam, FIFTEEN THOUSAND EASY, I knew you guys could do it. 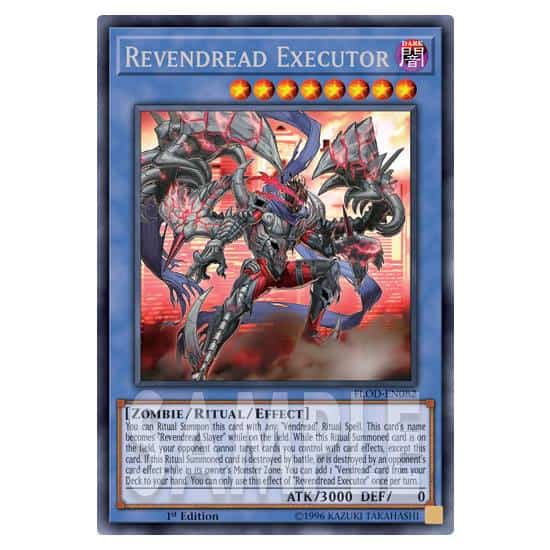 FLOD-EN082
Revendread Executioner
LV8/DARK/Zombie/Ritual/Effect
ATK 3000/DEF 0
You can Ritual Summon this card with any “Vendread” Ritual Spell. This card’s name becomes “Revendread Slayer” while on the field. While this Ritual Summoned card is on the field, your opponent cannot target cards you control with card effects, except this card. If this Ritual Summoned card is destroyed by battle, or is destroyed by an opponent’s card effect while in it’s owner’s Monster Zone: You can add 1 “Vendread” card from your Deck to your hand. You can only use this effect of “Revendread Executioner” once per turn. 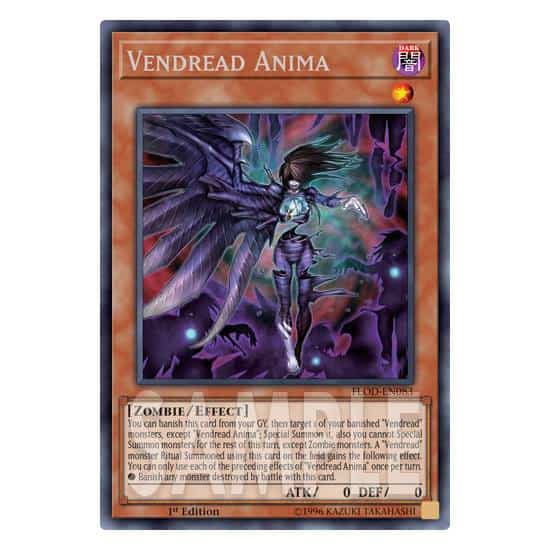 FLOD-EN083
Vendread Anima
Level 1 DARK Zombie Effect Monster
ATK 0
DEF 0
You can banish this card from your GY, then target 1 of your banished “Vendread” monsters, except “Vendread Anima”; Special Summon it, also you cannot Special Summon monsters for the rest of this turn, except Zombie monsters. A “Vendread” monster Ritual Summoned using this card on the field gains the following effect. You can only use each of the preceeding effects of “Vendread Anima” once per turn.
• Banish any monster destroyed by battle with this card. 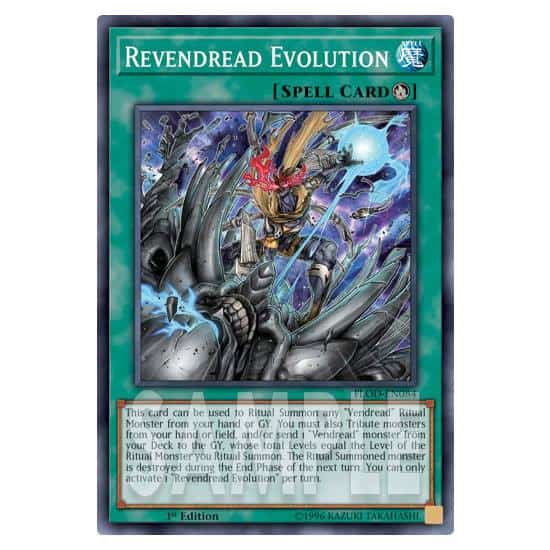 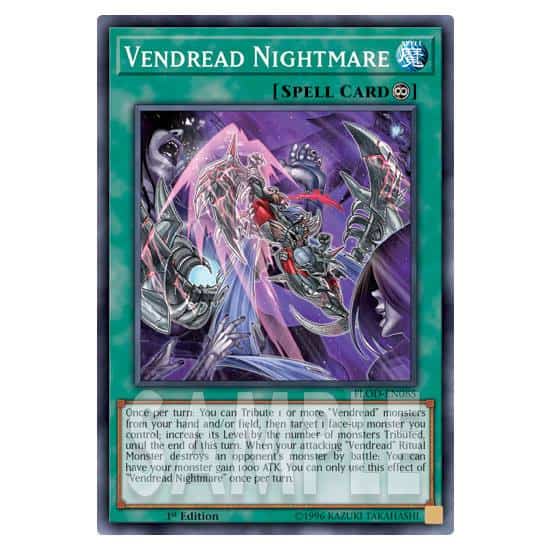 FLOD-EN085
Vendread Nightmare
Continuous Spell Card
Once per turn: You can Tribute 1 or more “Vendread” monsters from your hand and/or field, then target 1 face-up monster you control; increase its Level by the number of monsters Tributed, until the end of this turn. When your attacking “Vendread” Ritual Monster destroys an opponent’s monster by battle: You can have your monster gain 1000 ATK. You can only use this effect of “Vendread Nightmare” once per turn. 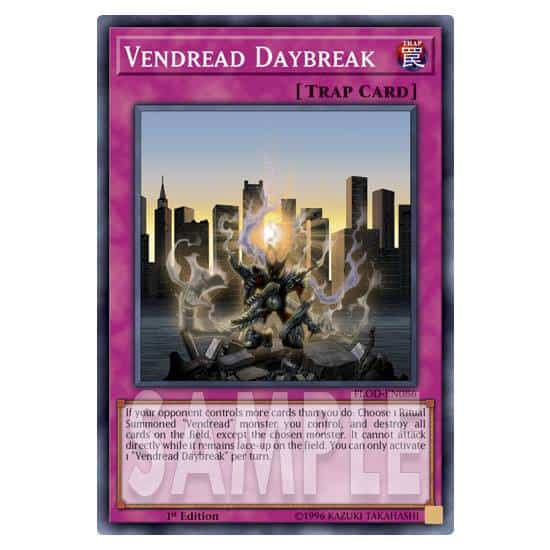 FLOD-EN086
Vendread Daybreak
Trap Card
If your opponent controls more cards than you do: Choose 1 Ritual Summoned “Vendread” monster you control, and destroy all cards on the field, except the chosen monster. It cannot attack directly while it remains face-up on the field. You can only activate 1 “Vendread Daybreak” per turn.