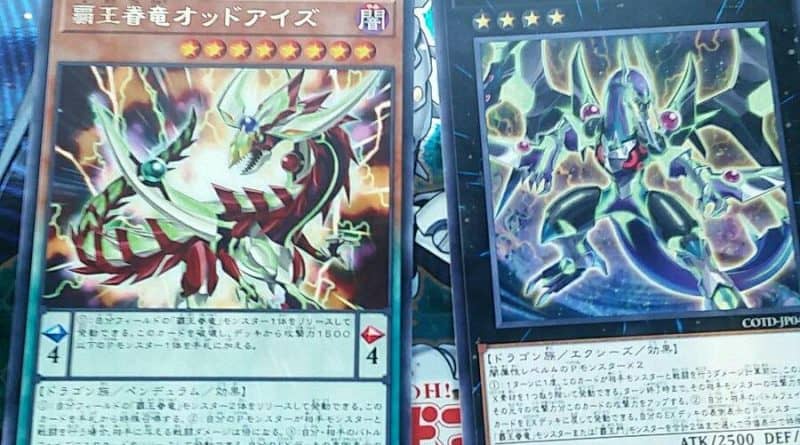 Revealing the remaining Code of the Duelist Cards! Let’s start off with Z-ARC support and Spellbook support. 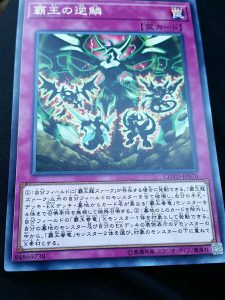 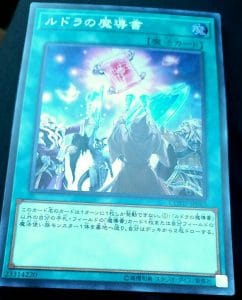 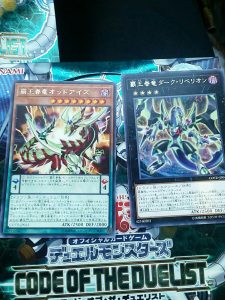 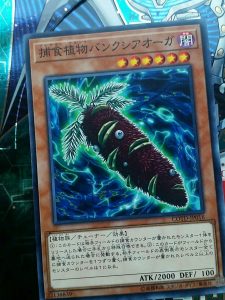 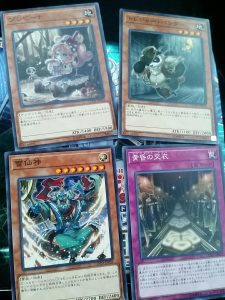 ゾンビーナ Zombiena
Earth Zombie / Effect
LV4 1400/1500
(1) If this card is destroyed by your opponent’s card (either by battle or card effect): You can target 1 Level 4 or lower monster in your Graveyard, except “Zombiena”; Special Summon it.

トレジャー・パンダー Treasure Pander
Level 4 EARTH Beast-Type Effect Monster
ATK 1100
DEF 2000
(1) You can banish up to 3 Spell/Trap Cards from your Graveyard, face-down; Special Summon 1 Normal Monster from your Deck whose Level is equal to the number of cards you banished.

雷仙神 The Immortal Hermit of Thunder
Level 7 LIGHT Thunder-Type Effect Monster
ATK 2700
DEF 2400
(1) You can Special Summon this card (from your hand) by paying 3000 LP.
(2) If this card Special Summoned by the way written in its (1) effect is destroyed by your opponent’s card (either by battle or card effect): You gain 5000 LP. 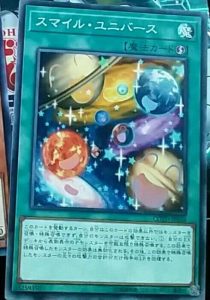 スマイル・ユニバース Smile Universe
Quick-Play Spell Card
During the turn you activate this card, you cannot Normal or Special Summon monsters, except with this card’s effect, also your monsters cannot attack.
(1) Special Summon as many face-up Pendulum Monsters from your Extra Deck as possible, but their effects are negated, then, your opponent gains LP equal to the combined original ATK of those Special Summoned monsters. 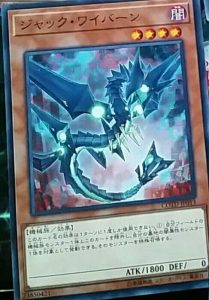 ジャック・ワイバーン Jack Wyvern
Level 4 DARK Machine-Type Effect Monster
ATK 1800
DEF 0
You can only use this card name’s effect once per turn.
(1) You can banish this card and 1 Machine-Type monster you control, then target 1 DARK monster in your Graveyard; Special Summon it.

ハック・ワーム Hack Worm
Level 1 DARK Machine-Type Effect Monster
ATK 400
DEF 0
(1) If your opponent controls no monsters, you can Special Summon this card (from your hand).

鈍重 Donjuu / Heaviness
Quick-Play Spell Card
(1) Target 1 face-up monster; it loses ATK equal to its DEF until the end of this turn. 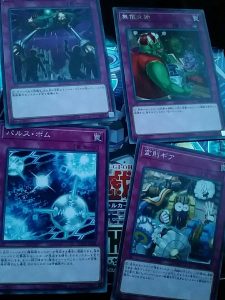 無差別崩壊 Musabetsu Houkai / Blind Ruination
Trap Normal
(1) Roll a six-sided die twice, and destroy all face-up monsters with a Level/Rank that is lower than the total result.

無償交換 Recall
Counter Trap Card
(1) When an opponent’s monster activates its effect: Your opponent draws 1 card, also negate that effect’s activation, and if you do, destroy it.

パルス・ボム Pulse Bomb
Normal Trap Card
(1) If you control a Machine-Type monster: Until the end of this turn, if your opponent Normal or Special Summons a monster(s), change it to Defense Position., also, if your opponent currently controls a face-up Attack Position monster(s), change as many of them to Defense Position as possible.

変則ギア Transmission Gear
Normal Trap Card
(1) During damage calculation, when a monster you control is battling an opponent’s monster: Play a game of Rock-Paper-Scissors with your opponent (if the result is a draw play again). The player who loses banishes their battling monster, face-down. 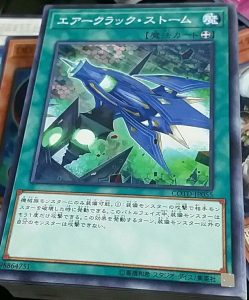 エアークラック・ストーム Aircrack Storm
Equip Spell
Equip only to a Machine-Type monster.
(1): When the equipped monster destroys an opponent’s monster by its attack: You can activate this effect; it can make a second attack during this Battle Phase. Other monsters you control cannot attack the turn you activate this effect.

Note: This card might need more specific wording, but basically it’s very likely you can’t attack with other monsters and then the equipped monster and attack. 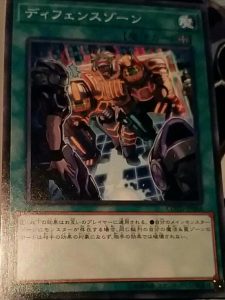 ディフェンスゾーン Defense Zone
Field Spell Card
(1): The following effect applies to both players.
● While you control a monster(s) in a Main Monster Zone, cards in your Spell & Trap Zone in the same column as that monster(s) cannot be targeted by or destroyed by your opponent’s card effects. 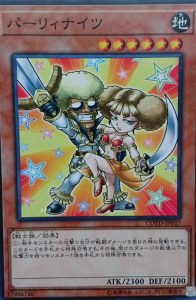