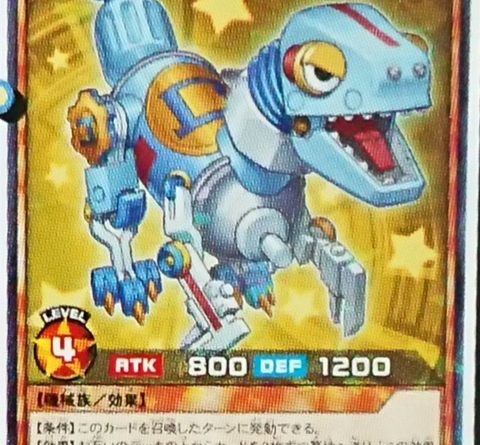 A new Jointech monster is released as a promo card! 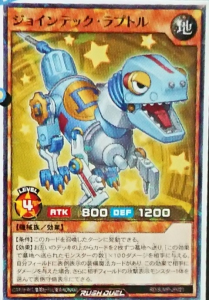 ジョインテック・ラプトル Jointech Raptor
Level 4 EARTH Machine Effect Monster
ATK 800
DEF 1200
[REQUIREMENT] You can activate this the turn this card is Normal Summoned.
[EFFECT] Send the top 2 cards of each player’s Deck to the GY and inflict 100 damage x [The number of monsters sent to the GY by this effect]. If you control a face-up Equip Spell Card, if you inflict damage to your opponent by this effect, you can also choose 1 Attack Position monster your opponent controls and change it to face-up Defense Position.