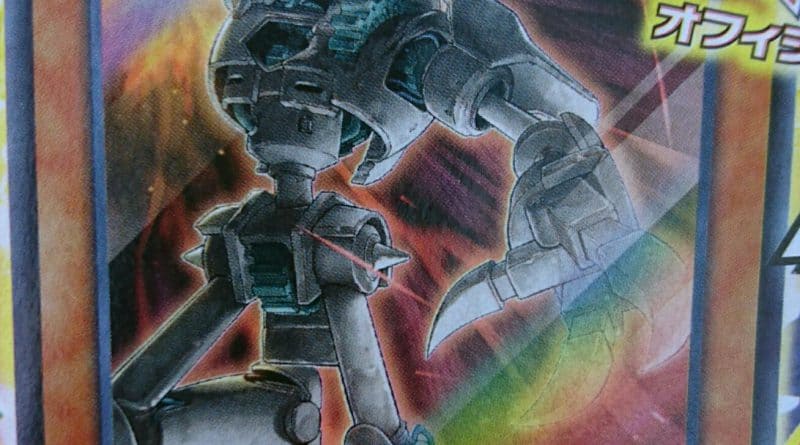 The remake of Chronos’ ace monster, based on its appearance in his and Judai’s final Duel finally has its effect revealed! 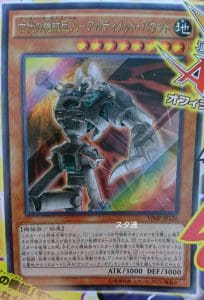 VJMP-JP126 古代の機械巨人-アルティメット・パウンド Antique Gear Golem – Ultimate Pound / Ancient Gear Golem – Mechanize Melee
Level 8 EARTH Machine-Type Effect Monster
ATK 3000
DEF 3000
Cannot be Special Summoned.
(1) If this card attacks a Defense Position monster, inflict piercing battle damage to your opponent.
(2) Twice per turn, when this attacking card destroys a monster by battle: You can discard 1 Machine-Type monster; this card can immediately make one more attack in a row.
(3) If this card on the field is destroyed by battle or card effects: You can add 2 cards to your hand (1 “Polymerization” from your deck, and 1 “Ancient Gear” monster in your Graveyard, except this card).

Its name is based on its signature attack from the anime, Ultimate Pound in Japan, and Mechanized Melee in the English dub!