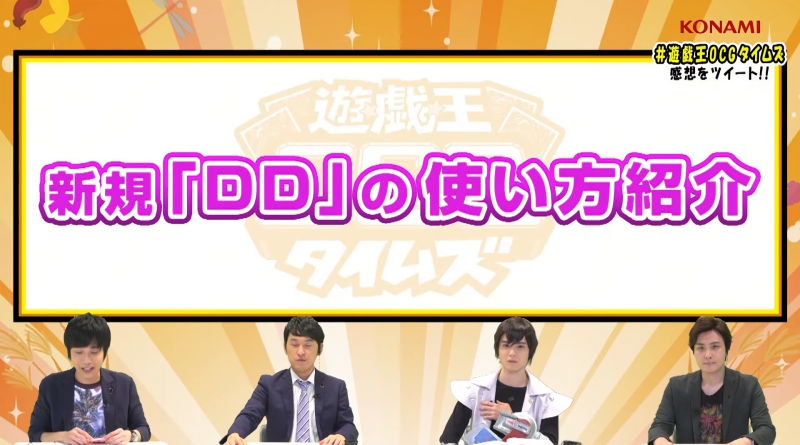 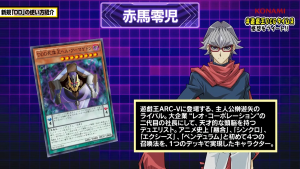 The rival of the protagonist Sakaki Yuya, both of whom appear in Yu-Gi-Oh! ARC-V. He is the second person to hold the position of CEO for the mega corporation, “Leo Corporation”, and is a Duelist with a genius mind. He the first character in the anime’s history to use “Fusion”, “Synchro”, “Xyz” and “Pendulum” together in one Deck. 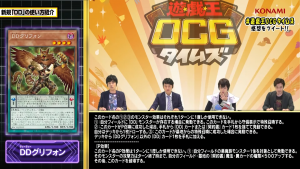 BACH-JP013 DD Griffon (D/D Griffon)
Level 4 DARK Fiend Pendulum Effect Monster
ATK 1200
DEF 1200
Pendulum Scale: 1
Pendulum Effect:
You can only use the Pendulum Effect of this card’s name once per turn.
(1) You can target 1 Fiend monster you control; it gains 500 ATK for each “Dark Contract” Spell/Trap with different names you control and in your GY (until the end of this turn), then destroy this card.
Monster Effect:
You can only use the 1st, 2nd, and 3rd effect of this card’s name each once per turn.
(1) If you control a “D/D” monster: You can Special Summon this card from your hand in Defense Position.
(2) If this card is Pendulum Summoned: You can discard 1 “D/D” or “Dark Contract” card; draw 1 card.
(3) If this card is Special Summoned from the GY: You can add 1 “D/D” card from your Deck to your hand, except “D/D Griffon”. 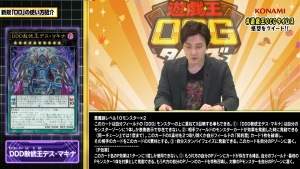 BACH-JP044 DDD Shachioh Death Machina (D/D/D Amnesty King Doom Makina)
Rank 10 DARK Fiend Xyz Pendulum Effect Monster
ATK 3000
DEF 3000
Pendulum Scale: 10
Pendulum Effect:
You can only use this card name’s Pendulum Effect once per turn.
(1) If you have a card in your other Pendulum Zone: You can target 1 Pendulum Monster you control or in your GY; Special Summon the card in your other Pendulum Zone, and if you do, place that target in your Pendulum Zone.
Monster Effect:
Materials: 2 Level 10 Fiend monsters
You can also Xyz Summon this card by using a “D/D/D” monster you control as material. (Transfer its materials to this card.)
(1) You can only control 1 “D/D/D Amnesty King Doom Makina” in the Monster Zone.
(2) Once per Chain, when your opponent activates a Monster Card’s effect on the field (Quick Effect): You can detach 2 materials from this card or destroy 1 “Dark Contract” card you control, and if you do, attach that opponent’s card to this card as material.
(3) Once per turn, during your Standby Phase: You can place this card in your Pendulum Zone.

Note: Its title “Shachioh” sounds like “Sachou”, i.e. the term for a company’s president or CEO. 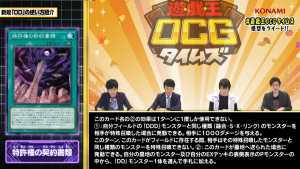 BACH-JP056 Tokkyoken no Keiyakushorui (Patented Dark Contract Documents)
Field Spell Card
You can only use the 2nd effect of this card’s name once per turn.
(1) If your opponent Special Summons a monster(s) of the same type (Fusion, Synchro, Xyz, Link) as a “D/D/D” monster you control: You can inflict 1000 damage to them, also they cannot Special Summon monsters of the same type as those Summoned monsters for the rest of this turn while this card is face-up on the field.
(2) If this card is sent to the GY: You can add 1 “D/D” monster from your GY or face-up Extra Deck to your hand.

Note: The first half sounds like “Tokyo Prefecture”. Basically sort of meant to evoke it’s a city of documents. 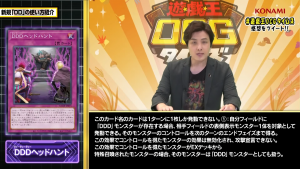 BACH-JP075 DDD Headhunt (D/D/D Headhunt)
Normal Trap
You can only activate 1 card with this card’s name per turn.
(1) If you control a “D/D/D” monster: Target 1 face-up monster your opponent controls; take control of it (until the End Phase of the next turn), but its effects are negated, it cannot declare an attack, also if it was Special Summoned from the Extra Deck, it is treated as a “D/D/D” monster. 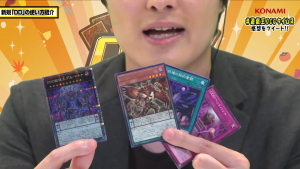 The physical copies of the cards!