Apparently, a commercial for CROS has aired in Japan, and with it, the confirmation of 2 new cards. 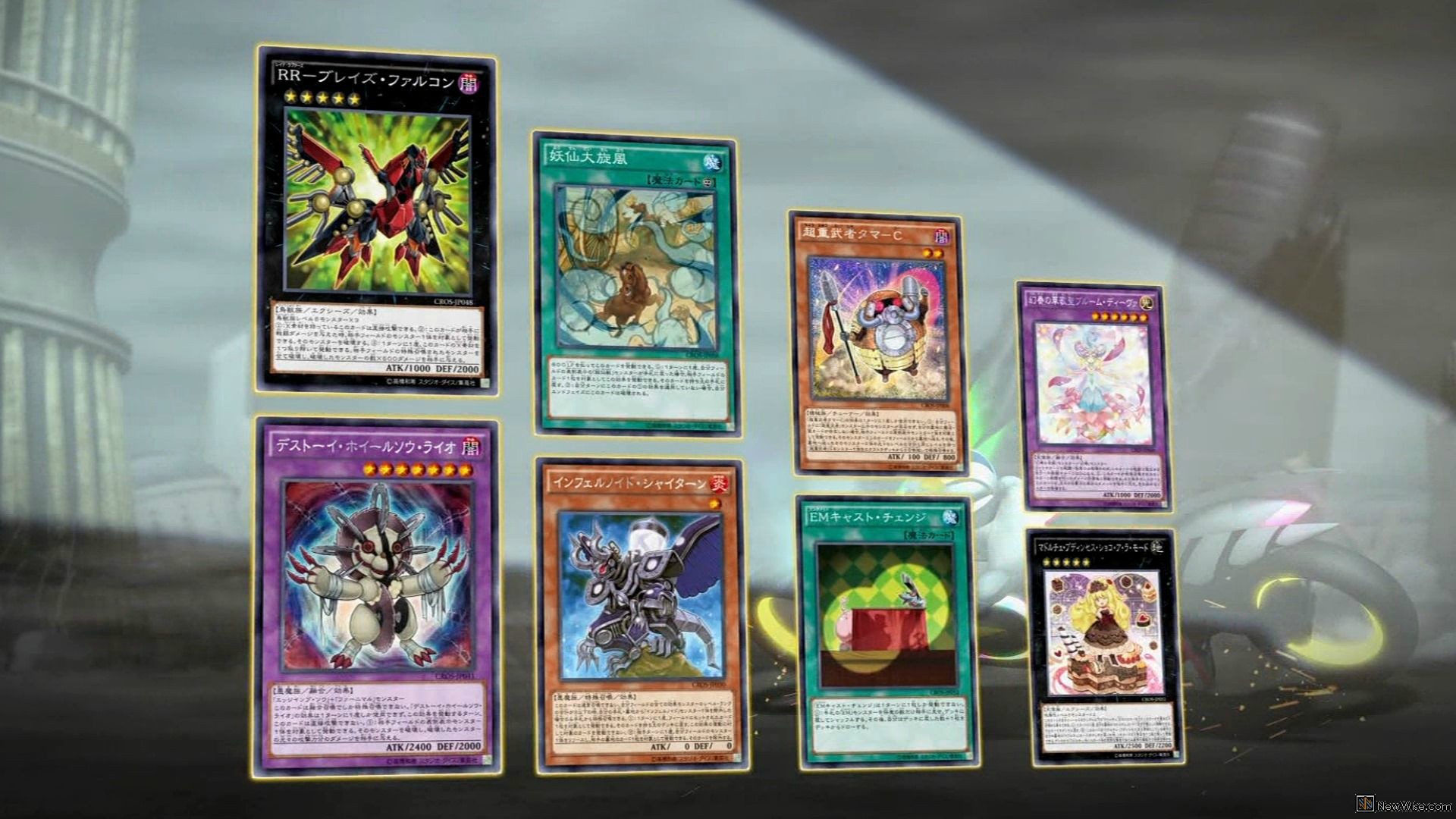 Infernoid Shaitan / Infernoid Uno/Un/One/Primo/Thumbsup
Fire Fiend / Special Summon / Effect
LV1 0/0
Cannot be Normal Summoned/Set. Must be Special Summoned (from your hand) by banishing 1 “Infernoid” monster from your hand or Graveyard while the total Levels and Ranks of all Effect Monsters you control are 8 or lower, and cannot be Special Summoned by other ways. (1) Once per turn: You can target 1 Set card on the field; shuffle it into the Deck. That target cannot be activated in response to this effect’s activation. (2) Once per turn, during your opponent’s turn: You can Tribute 1 monster, then target 1 card in your opponent’s Graveyard; banish it.

Yousen Daisenpuu / Yosen Tornado
Spell Continuous
Activate by paying 800 LP. (1) Once per turn, if a “Yosenju” monster you control is returned to the hand: You can target 1 card your opponent controls; return that card to the hand. (2) During the End Phase, if you did not apply this card’s (1) effect during this turn, destroy this card.

Madolche Puddingcess Choco a la Mode
Earth Fairy / Xyz / Effect
RK5 2500/2200
2 Level 5 EARTH monsters
You can also Xyz Summon this card by using a Rank 4 or lower “Madolche” Xyz Monster you control (Xyz Materials attached to that monster also become Xyz Materials on this card). (1) Once per turn: You can target X “Madolche” cards in your Graveyard; shuffle it/them into the Deck. (2) When a “Madolche” card is returned to your Deck from your Graveyard while this card has “Madolche Puddingcess” as Xyz Material: You can detach 1 Xyz Material from this card; Special Summon 1 “Madolche” monster from your Deck in face-up Attack Position or face-down Defense Position.

Source: a kind and valiant soul from /vg/