A commercial gives us a glimpse at the HERO Structure’s Cover Card. 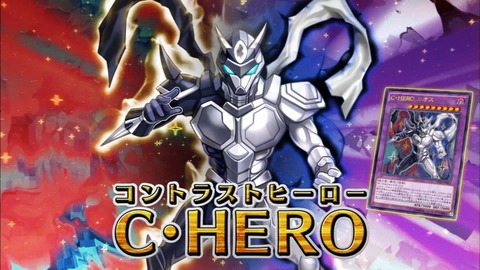 Contrast HERO Chaos
Level 9 DARK Warrior-Type Fusion Effect Monster
3000 ATK
2600 DEF
2 “Masked HERO” monsters
(This card is also treated as an “Elemental HERO” card.)
Must be Fusion Summoned and cannot be Special Summoned by other ways.
(1) While face-up in a Monster Zone, this card is also LIGHT-Attribute.
(2) Once per turn, during either player’s turn: You can target 1 card on the field; negate that card’s effect until the end of the turn.