The fifth Booster SP pack from the OCG has been announced, and no, it’s not Fusion based, apparently! 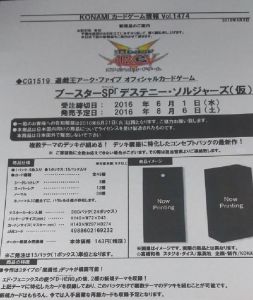 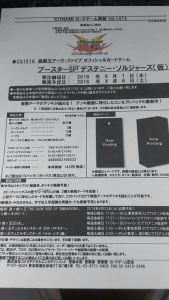 This time around three Decks based around the DARK Attribute will be released
One is the “Destiny HERO” theme used by Edo Phoenix (Aster Phoenix), while the other two themes are completely new to the game!

With the cards from the above mentioned themes included, you can basically build your Deck right out of the pack.

Of course new cards are included, it also reprints cards that were previously hard to obtain.