It’s time for those random cards! 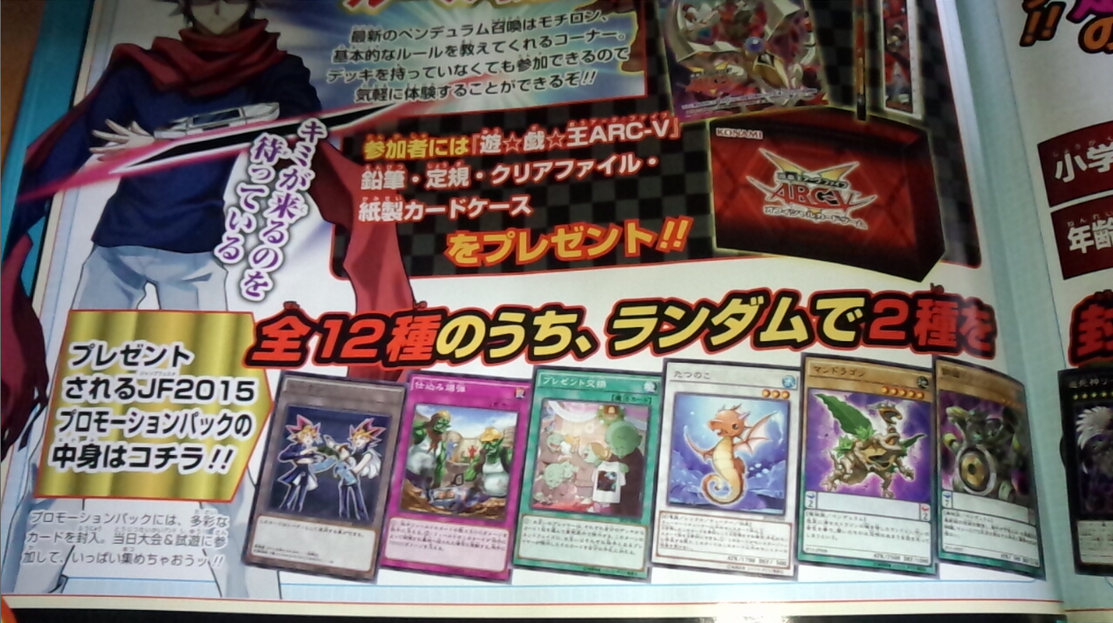 12 cards total, 6 of them are Pilgrim Reaper and pals from last year, while the other 6 consists of 5 new cards and a new Dual-Yugi Token. 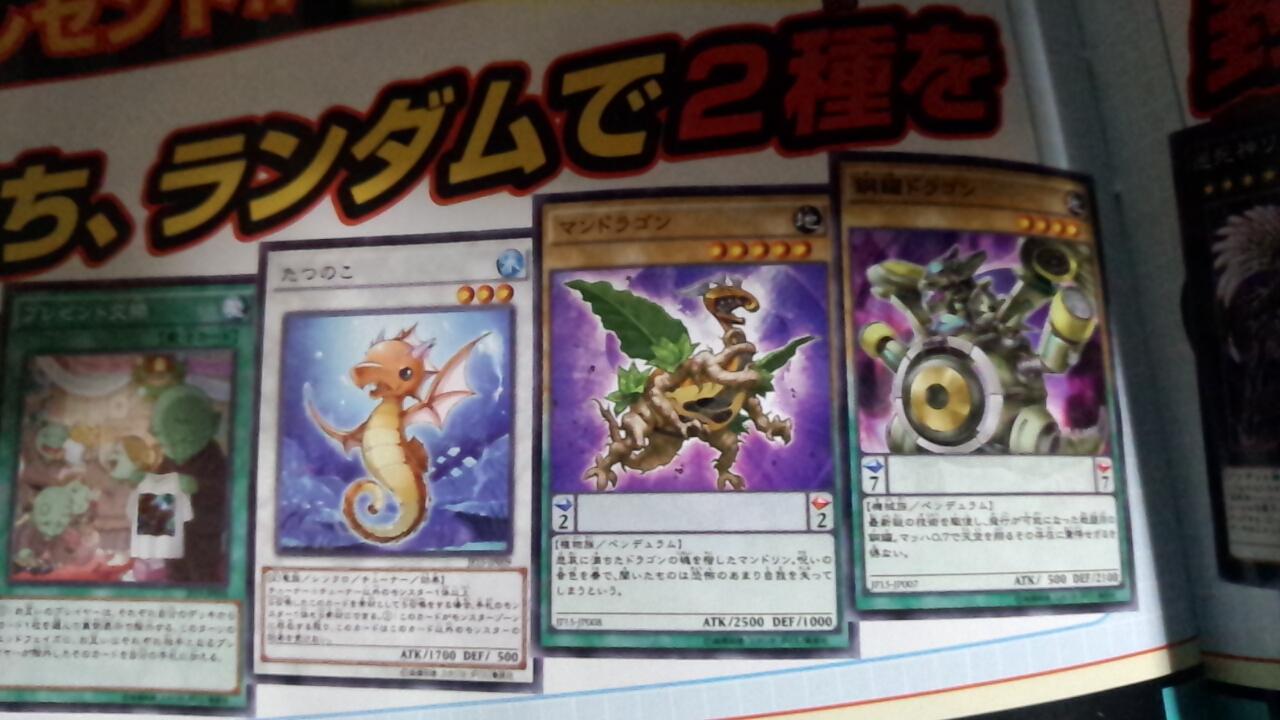 Doradragon
Earth Machine / Pendulum
PS7 LV4 500/2100
A battle-ready gong infused with the power of flight by using the latest cutting-edge technology. One cannot help but gaze in awe as it soars the sky in Mach 0.7 speed.

Mandragon
Earth Plant / Pendulum
PS2 LV5 2500/1000
A mandolin carrying the soul of sorrow-filled dragon. It’s said that those who hear its cursed music lose themselves in terror.

Tatsunoko / Child Dragon
Water Wyrm / Synchro / Tuner / Effect
LV3 1700/500
1 Tuner + 1 or more non-Tuner monsters
If you use this Synchro Summoned card for a Synchro Summon, you can use 1 monster from your hand as a Synchro Material. (1) This face-up card is unaffected by other card effects.

Present Koukan / Present Exchange
Spell Normal
(1) Bother players banishes 1 card from their Deck, face-down. During this turn’s End Phase, both players add the card their opponent banished to their hand.