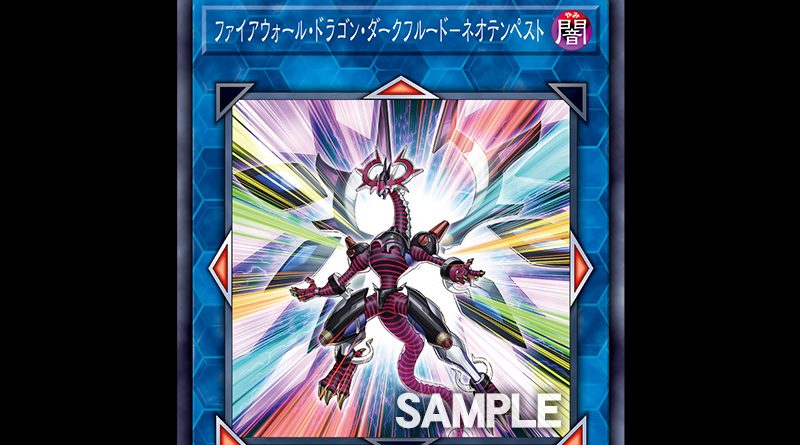 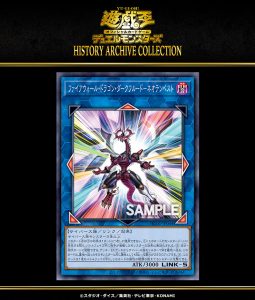 HC01-JP044 ファイアウォール・ドラゴン・ダークフルード－ネオテンペスト Firewall Dragon Darkfluid – Neo Tempest (Firewall Dragon Darkfluid – Neo Tempest Terahertz)
Link 5 DARK Cyberse Link Effect Monster
ATK 3000
Links: Top, Left, Bottom Left, Bottom Right, Right
Materials: 3+ Cyberse monsters
You can only use the 2nd effect of this card’s name once per turn.
(1) Negate any opponent’s monster effect activated during the Battle Phase.
(2) (Quick Effect): You can send 1 Cyberse monster from your Deck or Extra Deck to the GY, and if you do, this card is also treated as the sent monster’s Attribute, also it gains 2500 ATK.
(3) This card can make a number of attacks on monsters each Battle Phase, up to the number of its Attributes.