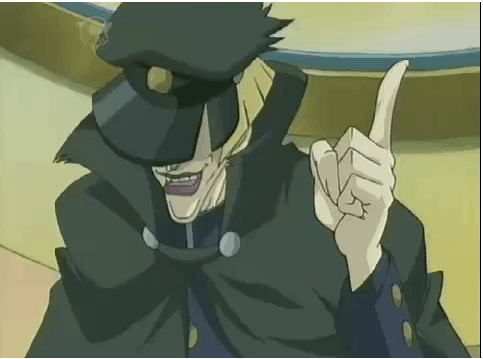 The first major event of GX World for Duel Links is announced. 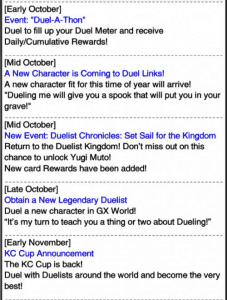 Mid October, Konami will be running the Duelist Kingdom Event.

Late October, a new Legendary Duelist can be Dueled in the GX world… 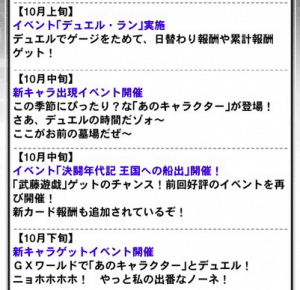 And the Japanese version of this event’s announcement makes it extremely clear who the first Event Legend Duelist of GX will be: Professor Vellian Crowler of Obelisk Blue.

And thirdly, early November will be the return of the KC Cup!