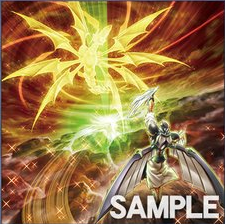 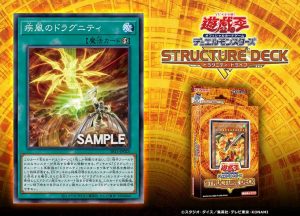 Shippuu no Dragunity / Dragunity of the Hurricane
Spell Quick-Play
You can only activate 1 card with this card’s name per turn.
(1) If only your opponent controls a monster: You cannot Special Summon monsters from the Extra Deck for the rest of this turn after this card resolves, except Dragon monsters, also Special Summon 1 “Dragunity” Tuner and 1 Winged Beast “Dragunity” monster from your Deck, but negate their effects, then, if your opponent controls a monster Special Summoned from the Extra Deck, immediately after this effect resolves, you can Synchro Summon 1 Dragon Synchro Monster using only “Dragunity” monsters you control.