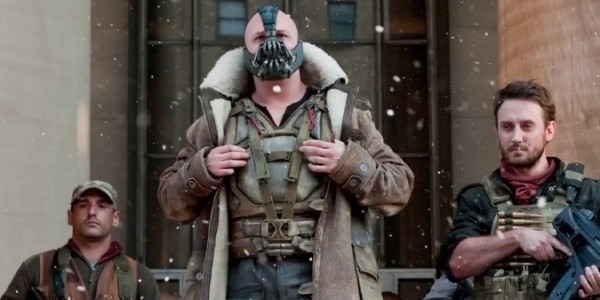 I hope you’re ready to join the Dark Side of Dueling. 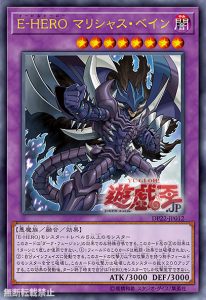 DP22-JP012 Evil HERO Malicious Bane
Level 8 DARK Fiend Fusion Effect Monster
ATK 3000
DEF 3000
Materials: 1 “Evil HERO” monster + 1 Level 5 or higher monster
Must be Special Summoned by “Dark Fusion”.
You can only use this card name’s (2) effect once per turn.
(1) Cannot be destroyed by battle or card effect.
(2) During your Main Phase: You can activate this effect; you cannot attack with monsters for the rest of this turn, except with “HERO” monsters, also destroy as many monsters your opponent controls as possible with less than or equal to this card’s ATK, and if you do, this card gains 200 ATK for each destroyed. 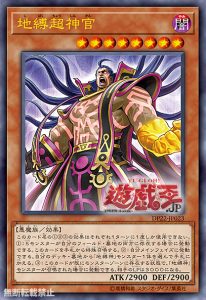 DP22-JP023 Jibaku Choushinkan / Earthbound Super Priest
Level 8 DARK Fiend Effect Monster
ATK 2900
DEF 2900
You can only use this card name’s (1), (2), and (3) effects once per turn each.
(1) If you control a Synchro Monster(s), and have a Synchro Monster(s) in your GY: You can Special Summon this card from your hand.
(2) During your Main Phase: You can add 1 “Earthbound Immortal” monster from your Deck or GY to your hand.
(3) When an “Earthbound Immortal” monster is Normal Summoned while this card is already in the Monster Zone: You can make your opponent’s LP become 3000. 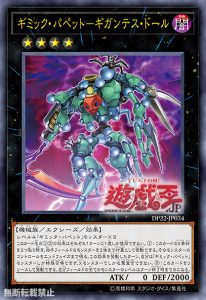 DP22-JP034 Gimmick Puppet – Gigantes Doll
Rank 4 DARK Machine Xyz Effect Monster
ATK 0
DEF 2000
Materials: 2 Level 4 “Gimmick Puppet” monsters
You can only use this card name’s (1) and (2) effects once per turn each.
(1) You can detach 2 materials from this card, then target up to 2 monsters your opponent controls; gain control of them until the end of the turn, also for the rest of this turn you cannot Special Summon monsters, except “Gimmick Puppet” monsters, and you cannot attack with monsters, except Xyz Monsters.
(2) You can Tribute this card; all monsters with a Level you control become Level 8 for the rest of this turn. 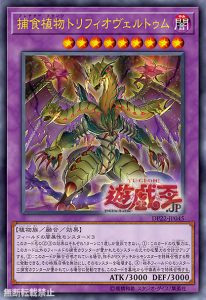 DP22-JP045 Predator Plant Triphyovertum (Predaplant Triphyovertum)
Level 9 DARK Plant Fusion Effect Monster
ATK 3000
DEF 3000
Materials: 3 DARK monsters on the field
You can only use this card name’s (2) and (3) effects once per turn each.
(1) Gains ATK equal to the combined original ATK of all other monsters on the field with Predator Counters.
(2) If this card was Fusion Summoned, when your opponent would Special Summon a monster(s) from the Extra Deck: You can negate that Special Summon, and if you do, destroy that monster.
(3) If your opponent controls a monster with Predator Counter: You can Special Summon this card from your GY in Defense Position.

Note: This card’s name references the carnivorous plant Triphyophyllum, the word Venom and the God Vertumnus.