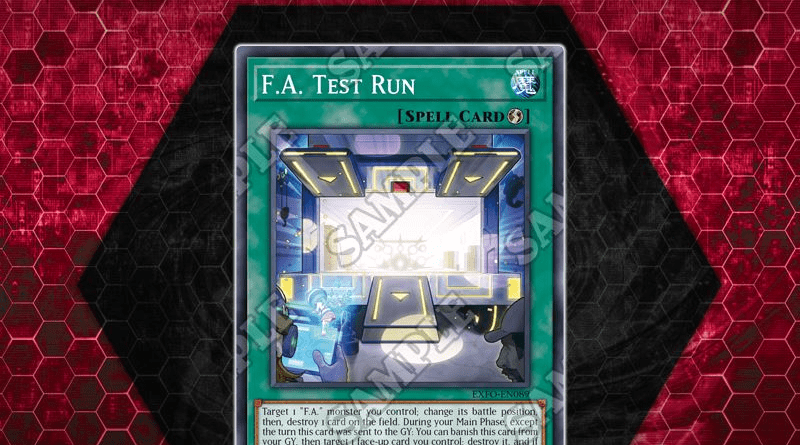 The last new F.A. card from Extreme Force is revealed! And it strongly supports the theme in two different ways. 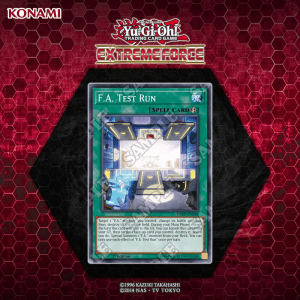 EXFO-EN089 F.A. Test Run
Quick-Play Spell Card
Target 1 “F.A.” monster you control; change its battle position, then, destroy 1 card on the field. During your Main Phase, except the turn this card was sent to the GY: You can banish this card from your GY, then target 1 face-up card you control; destroy it, and if you do, Special Summon 1 “F.A.” monster from your Deck. You can only use each effect of “F.A. Test Run” once per turn.