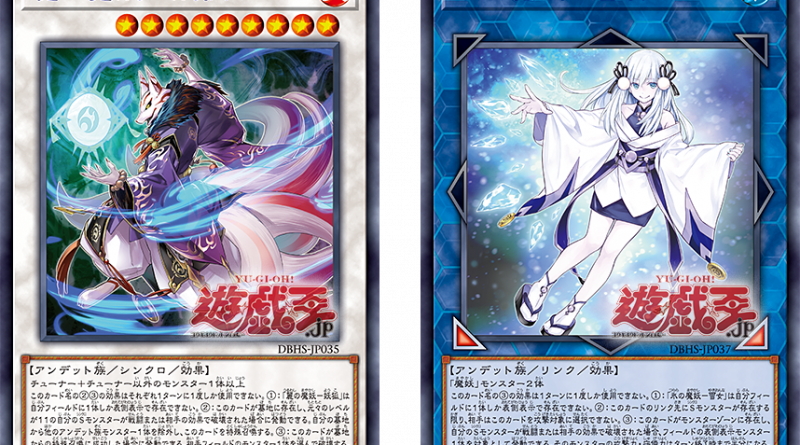 A series seemingly based off of infamous seductresses and demons. 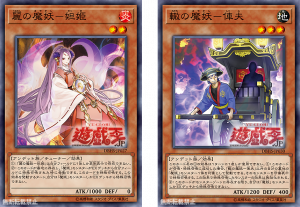 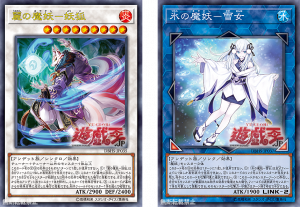 DBHS-JP035 Uruwashi no Mayakashi – Youko (Beautiful Mayakashi – Youko)
Level 9 FIRE Zombie Synchro Effect Monster
ATK 2900
DEF 2400
Materials: 1 Tuner + 1+ non-Tuner monsters
You can only use the (2)nd and (3)rd effect of this card’s name once per turn.
(1) You can only control 1 “Beautiful Mayakashi – Youko”.
(2) If a Synchro Monster you control whose original Level is 11 is destroyed by battle or by your opponent’s effect while this card is in the GY: You can banish 1 other Zombie monster from your GY, and if you do, Special Summon this card.
(3) If this card is Special Summoned from the GY: You can destroy 1 monster your opponent controls.

DBHS-JP037 Tsurara no Mayakashi – Yukionna (Icicle Mayakashi – Yukionna)
Link 2 WATER Zombie Link Effect Monster
ATK 1900
Links: Bottom Left, Bottom Right
Materials: 2 “Mayakashi” monsters
You can only use the (3)rd effect of this card;s name once per turn.
(1) You can only control 1 “Icicle Mayakashi – Yukionna”.
(2) If this card points to a Synchro Monster, your opponent cannot target this card for an attack.
(3) While this card is in a Monster Zone, if a Synchro Monster you control is destroyed (by battle or by card effect): You can target 1 face-up monster on the field; halve that monsters’s ATK and DEF until the end of this turn. 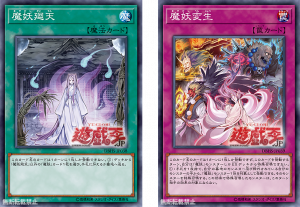 DBHS-JP038 Mayakashi Kaiten (Mayakashi Mandate)
Normal Spell Card
You can only activate a card with this card’s name once per turn.
(1) Take 1 “Mayakashi” card from your Deck, except “Mayakashi Mandate”, and either add it to your hand or send it to the GY.

DBHS-JP039 Mayakashi Henjou (Mayakashi Metamorphosis)
Normal Trap Card
You can only activate a card with this card’s name once per turn, also you cannot Special Summon monsters from the Extra Deck during the turn in which you activate this card, except “Mayakashi” monsters.
(1) Discard 1 card, then target 1 of your “Mayakashi” monsters that is in the GY or banished; Special Summon it, and if you do, it cannot be targeted by your opponent’s effects during this turn.

Note: This card’s name can refer to transformation, but also in a sense of being reborn in a new form. It also sounds like