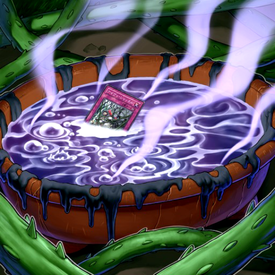 A new Card Flipper campaign with “Magic Planter” as the featured card, and more Gems and less demotions in Ranked Duels, but more Ranks?

Once per day, pick a card and and receive a randomly chosen gift. Rewards include Gems, Gold, Duel orbs and 2 SR cards: “Magic Planter” and “Time Machine”. 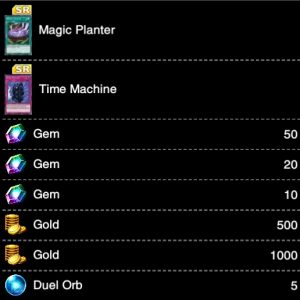 Changes will be implemented from: August 27 2019

Players will no longer be demoted for losing, except at ranks Legend 2 and Legend 3. Players’ Ranks will be demoted at the end of the season,

In order to keep Ranked Duels challenging without demotions, the following Ranks will be added:

With the addition of new Ranks, players will be demoted by 7 Ranks instead of 5 when a new season begins.

The following adjustments will be made to the Cumulative Victory Rewards:

– Players will get Gems every time they win a Duel, up until their 50th win. (Card Tickets will be given out for every 5th and 10th win.)

– There will be a few changes to rewards such as UR and SR Tickets.