We only have a low-resolution picture, but this appears to reveal 1 new card. 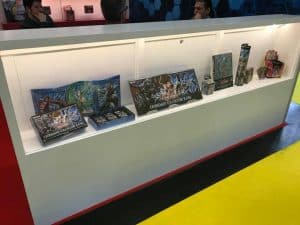 On the fold-up Game Board, from left to right, we appear to have:

* The artwork of the card described as “Even Ring of Destruction gets a new twist that’s a little less explosive, but will surely detonate any chance your opponent has in the long game.“, as hinted by its miniature flames.

* A new card based on “Gyakutenno Megami“, a rare card that Kaiba was forced to use in self-defense. Or it could be a new alternate artwork for that card.

* The artwork for the following description: “Lord of D. has a new incarnation that paves the way for mighty Dragons by finding powerful spells to herald their arrival!”