More Lovecraft and weird as heck cards for you to enjoy. We’ll be back later with the effects but for now just enjoy their crazy pics.

Names and effects are very tentative of course. 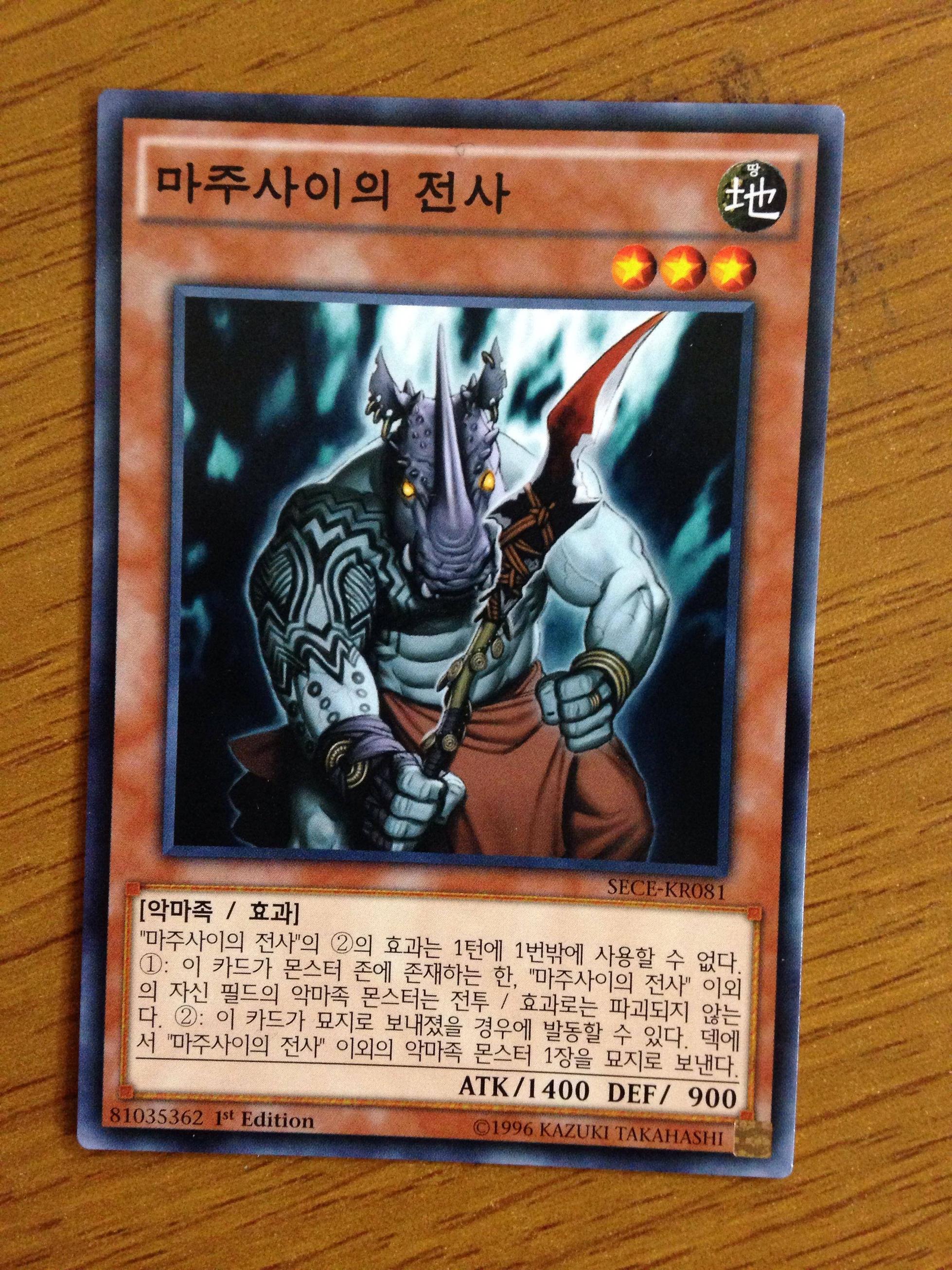 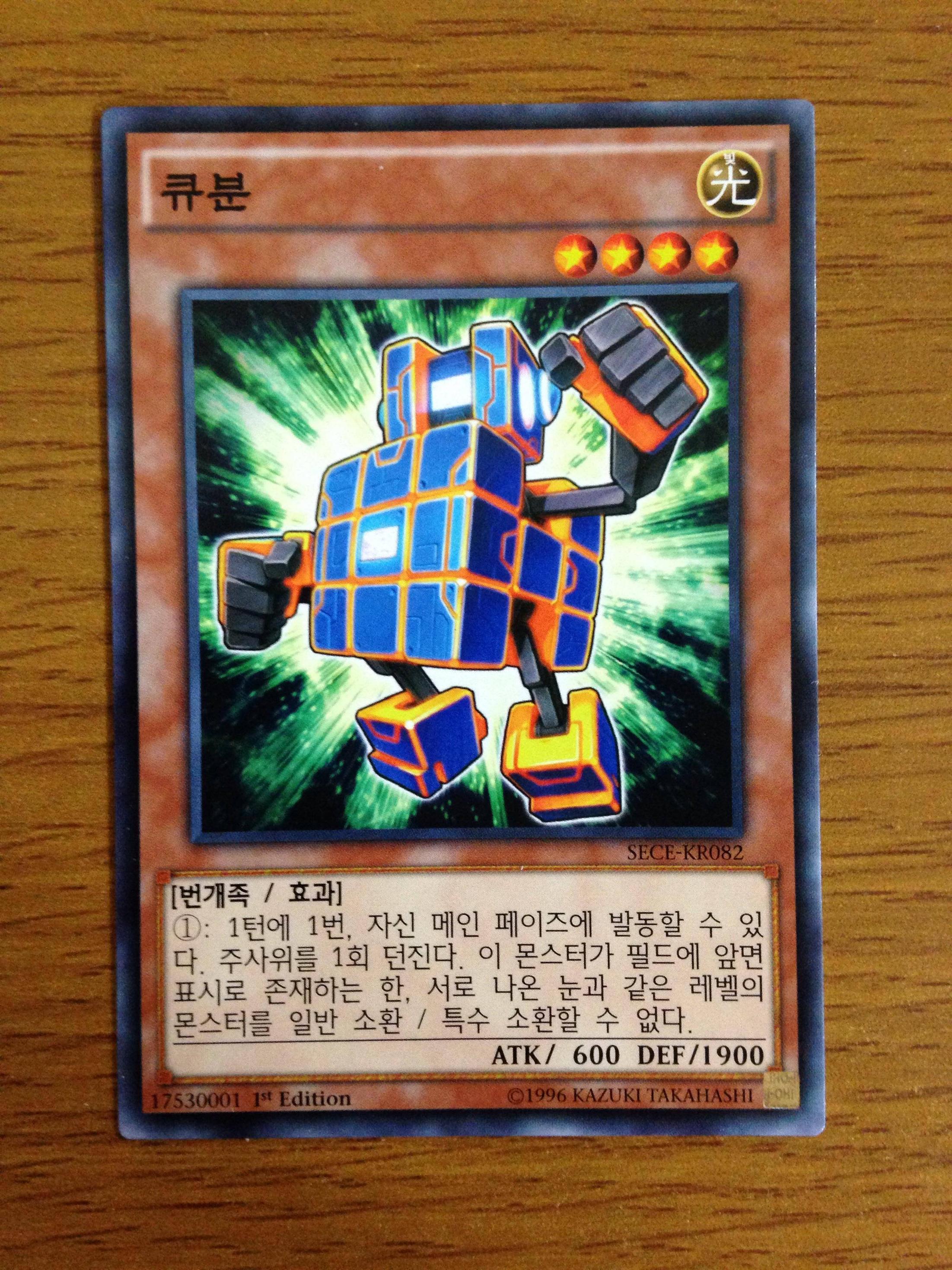 Cuben(큐분)
Light Thunder / Effect
LV4 600/1900
(1) Once per turn, you can roll a six-sided die. While this card is face-up on the field, neither player can Normal or Special Summon monsters with the same Level as the die result. 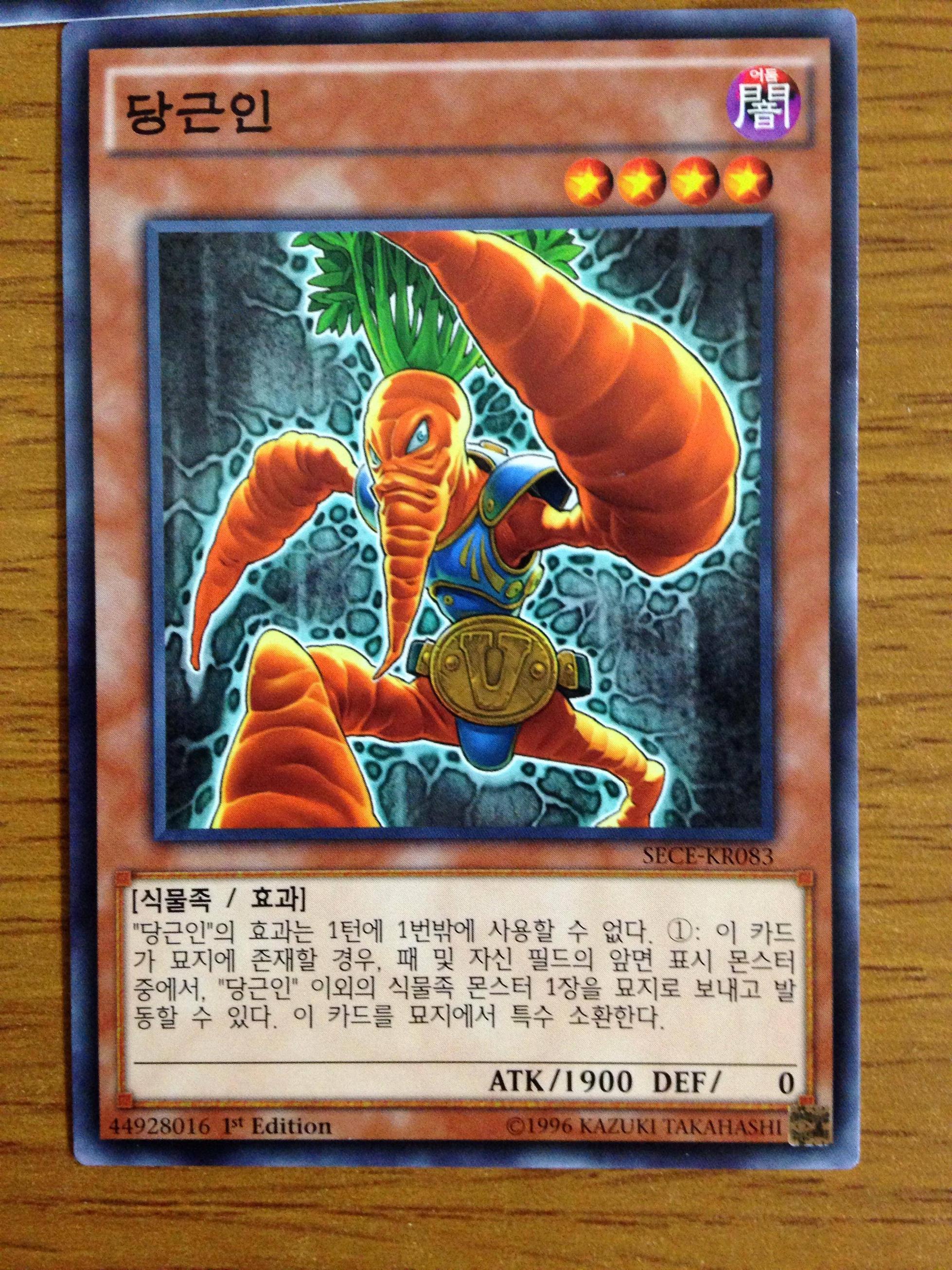 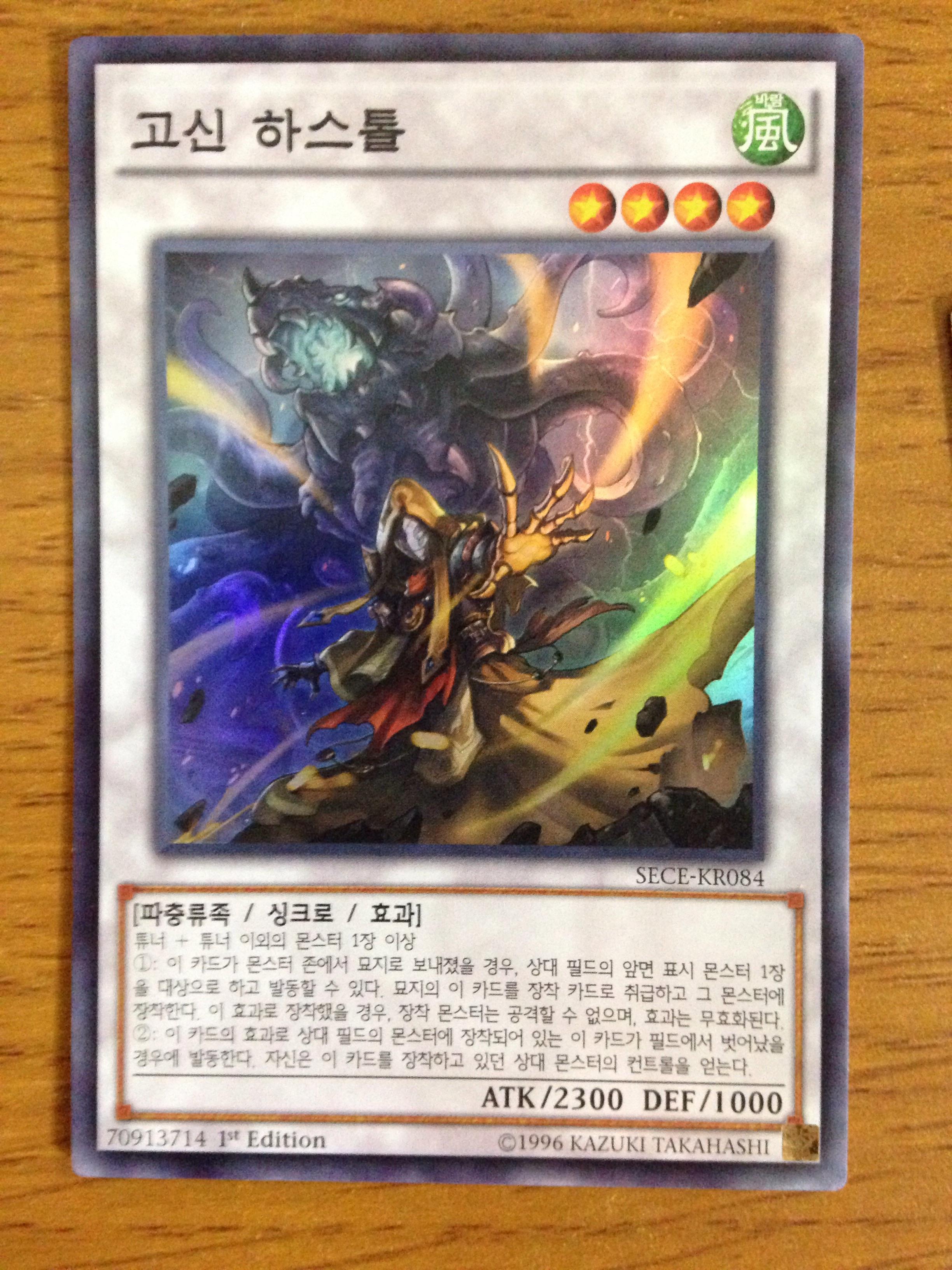 Great Old One Hastur(고신 하스톨)
Wind Reptile / Synchro / Effect
LV4 2300/1000
1 Tuner + 1 or more non-Tuner monsters
(1) If this card is sent from the Monster Zone to the Graveyard: You can target 1 face-up monster your opponent controls; equip this card from your Graveyard to that target. While equipped by this effect, that monster cannot attack, and its effects are negated. (2) If this card is equipped to a monster by its own effect and leaves the field: Take control of that opponent’s monster this card was equipped to. 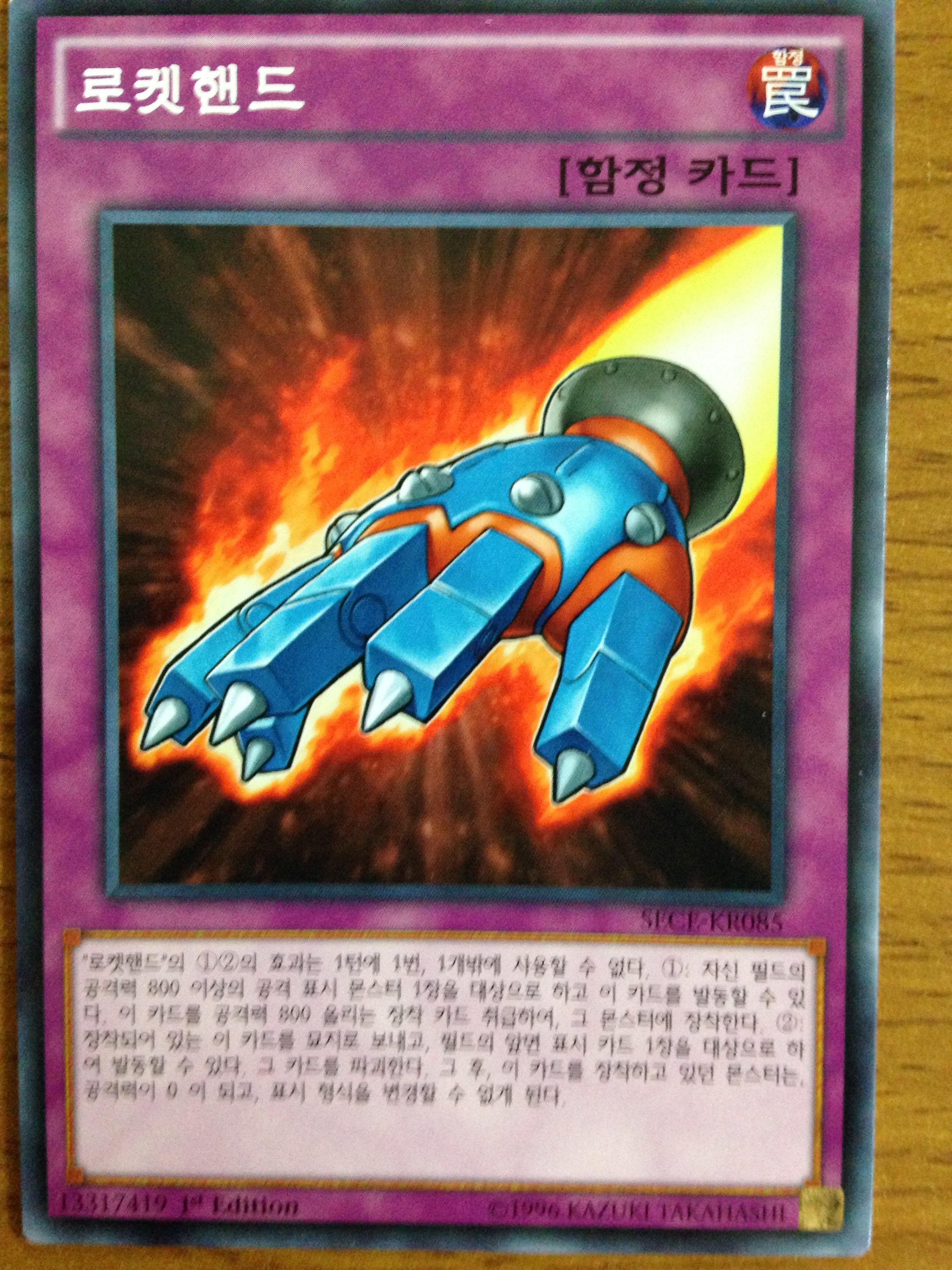 Rocket Hand(로켓핸드)
Trap Normal
You can only use 1 “Rocket Hand” effect per turn, and only once that turn. (1) Target 1 Attack Position monster with 800 or more ATK you control; equip this card to that target. It gains 800 ATK. (2) You can send this equip card to the Graveyard, then target 1 face-up card on the field; destroy it. Then, the ATK of the monster this card was equipped to becomes 0, also it cannot change its battle Position.