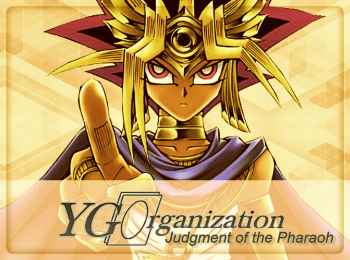 I would like to take some time for more of your questions. Do not hesitate to ask questions about policy, as well.

To serve you, I will take your questions about card interactions, rulebook text, policy documents, event logistics, player behavior, and judge duties.

In addition, there are some important reminders I must give you:
– Answers I give are solely my own opinion unless directly sourced from official KONAMI staff or publications.
– In accord with Tournament Policy, answers I give cannot over-rule the judgments and decisions made by judges and staff at an event-in-progress. Tournament Policy holds that those working an event have operational control of that event.
– I’ll try to stick to official terms whenever possible. In cases where I use community jargon, even jargon that is perceived to be universally accepted, I’ll do my best to remind everyone that I used jargon.
– I’ll note my sources whenever possible.
– I’ll make a point to use the official card database as my card text reference. You can find the official card database here.

As you and I are both English speakers, I will give an English answer, for English audiences:

That hasn’t happened yet in your example.

Therefore, to me, it stands to reason that said effect may not be activated.

Namely, at the point where you’re asking to activate Multifaker, I consider the activation illegal – but depending upon whether or not the effect in question actually performs the Summon in question, the activation might end up being legal again at a later point in this same turn, so long as we meet its activation stipulations again. For the activation to remain illegal after Garden-at-CL1 resolves, I’m going to need that Garden-at-CL1 to make you Summon a Rose Token.

Until the OCG’s Database Q&A entries state otherwise, I consider my above English answer to be equally valid for this interaction in Japan.

Player A activates “Mystical Space Typhoon“, targeting a Set Spell/Trap Player B controls. Player B Chains to their opponent’s activation by activating that Set Trap, “Call of the Haunted“, by targeting “Ojama Yellow” in their GY. Neither player Chains to this activation. How does this Chain resolve, and may “Torrential Tribute” be activated after this Chain resolves?

Torrential may not be activated.
Player B will resolve Call and Summon Ojama Yellow, then Player A will resolve MST and destroy Call, and Player B will apply Call’s non-activating effect and destroy Ojama Yellow.
Torrential’s activation condition text is “When a monster(s) is Summoned:”. Note it specifies “when”, not “if”: this means that Torrential’s activation conditions don’t just require a specific event to occur, they also require the activation of Torrential itself to be performed at exactly one specific timing.
In the Chain you describe, the exact time Torrential describes occurs immediately after Call is finished resolving.
This means that moment occurs while a Chain is currently resolving, because Chain Link 1 of that Chain – MST – has not been resolved yet.

One of the most fundamental rules of Yu-Gi-Oh! is as follows:
No activations (of any cards AND any effects) can EVER be performed while a Chain is resolving.
Because Torrential demands being activated at a specific timing, and that specific timing occurs in your example at a point where another game rule says no activations can be performed, no one can perform that activation in this case.

Does the answer change if Player B Chains to their own activation of Call by activating another Set Trap they control, “Imperial Custom“?

No.
Torrential may not be activated, for precisely the same reasons as before.
Doing something to make Call unable to be destroyed by MST’s effect will not change the reasons why Torrential may not be activated, because MST destroying Call was not the reason.
The reason, again, was:
No activations (of any cards AND any effects) can EVER be performed while a Chain is resolving.
The timing for Torrential’s activation is still occurring while a Chain is resolving, even in your modified case, so the answer has not changed.

As you and I are both English speakers, I will give an English answer, for English audiences:

The most recent judgment upheld at premier events within the TCG would not allow Player A to activate that effect again in that same turn, on grounds that resolving an effect that Special Summons Servant would constitute Player A’s one (1) permitted attempt to Special Summon Servant this turn, unless the *activation* of that effect is negated (and remember, Ash Blossom doesn’t negate activations).

However, all those events occurred before the April 1, 2020 rule revisions were applied. Premier events, and nearly all TCG events as a whole, have been postponed in order to ensure players and staff safely avoid transmission of 2019’s novel coronavirus, which is the cause of coronavirus disease 2019 (often abbreviated as COVID-19: CO for corona, VI for virus, D for disease).

Whether or not the rule revisions are relevant to this interaction will depend upon what resources your event’s Head Judge deems legitimate in the present moment.

For example, if your Head Judge holds that only the currently published-in-English resources regarding the rule revisions are valid to enforce, they will likely rule this interaction as prior English-speaking premier events have.

Spoiler
However, if your Head Judge instead holds that what we know about the OCG’s application of April 1, 2020 rule revisions is also valid information to enforce, they will likely rule that Player A can in fact activate that activatable Pendulum Effect again.

This is because part of the rule revision information published in Japanese includes a change to how we should interpret text like Servant’s sentence which stipulates a player “can only Special Summon “Servant(s) of Endymion” once per turn.”

Over there in Japan, if for any reason you don’t actually successfully Summon Servant, any attempt to do so doesn’t count against you.

Player A controls a face-up “Convulsion of Nature“, whose effect is currently applied, and accidentally taps their Main Deck with their elbow, shifting part of it so that part of the front of one card in the middle of their Main Deck is visible, but should not be visible. How should this problem be resolved?

Oh man, now THIS is a policy question. I’ve been waiting for this.

This is going to cut to some elements of Player Management, up to and including cutting to the heart of why the right fix for a problem can seem counterintuitive, or otherwise complex.

First and foremost, the players need to freeze play and call for assistance from the judges. A floor judge should answer the call and, unless the situation is dire, should handle the rest of the repair process.

The floor judge will inquire with both players about the current situation and identify the problem. For all we know, they may identify something else that is dearly wrong with the current gamestate, and that other problem might be relevant to their judgments.

For example, they would need to determine whether or not there were any signs of this elbow bump not being as accidental as asked.

For most scenarios, they will view it as accidental, so for now, let’s presume they do find it as such, as you asked.

The rest of that Main Deck, including the card accidentally revealed, is meant to be random in typical Convulsion situations, as well. This, too, is key to a proper fix.

The judge will need to investigate the rest of the gamestate as well, including prior plays made, to figure out if any other relevant effects have rendered parts of the Main Deck non-random.

For example, cards returned by an effect to the top or bottom of a Deck in an order known to both players are non-random portions of the Main Deck that should be kept as-is, if possible: a repair that doesn’t mess up such effects is preferable.

For another example, the card accidentally revealed in the question is a part of the Main Deck that is currently no longer random thanks to the accident, but was meant to be random.

Keeping all of the above in mind, I as floor judge would have both players acknowledge the top card of the bumped Deck, set that card aside, re-randomize the rest of the Deck via thorough shuffling (including the revealed card from the middle where the bump took place), and then put the old top card back on top. (The fact that a mishap occurred should not change the top card if the top card isn’t a random unknown card, you see.)

There are some who would disagree: but for me, part of the point of the repair is to restore as much of the pre-repair gamestate as possible, and that includes recognizing the impact certain peculiar card effects can have.

Now, go back to that pin we put into that determination: it’s time to cover the extremely-unlikely one-in-a-million-chance worst case scenario. Since it can be ugly, and it isn’t relevant to the above accidental case, I’ll stick it in spoiler text.

Spoiler
Remember how I said the floor judge should handle the rest of the process *unless the situation is dire*? This is that dire time.

Should the floor judge determine that the elbow bump is most likely not accidental, they will immediately solicit guidance from a Floor Team Lead, who will keep the match frozen while the floor judge reports directly to the Head Judges and tells them about the situation.

At that point, the event’s Head Judge (or one of their Assistant Head Judges, at sufficiently large events) would take over primary evaluation of the situation, and they’ll decide for themselves whether or not the situation is accidental or not. If that HJ decides it’s accidental, they’ll handle the situation as the floor judge would have normally.

If they then deduce an unfair advantage was garnered, well, that’s the worst possible case.

Non-accidental actions that are judged by an event’s Head Judge to garner an unfair advantage constitute the infraction type named [Unsportsmanlike Conduct – Cheating], which are met with a [Disqualification] penalty at first offense.

Paperwork from disqualification incidents – player statements, witness statements, and staff statements – all go to the Penalty Committee, which judges for themselves what happened, and may decide whether or not a disqualified individual should be Suspended from all Organized Play. Not all DQs lead to Suspensions.

In cases of Suspension, a player is Suspended until KDE grants that player reinstatement into good standing: and players are provided a specific future date before which they may not apply for reinstatement.

Thank you for reading.

I will see you at our next episode. 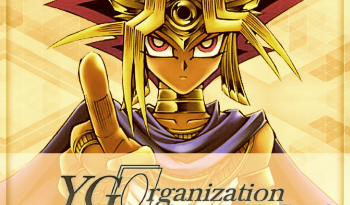 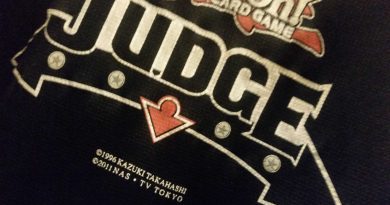