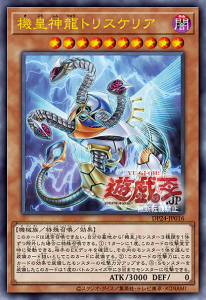 Meklord Astro Dragon Triskelia
DARK/Level 10/Machine/Special Summon/Effect
ATK/3000 DEF/0
Cannot be Normal Summoned or Set. Must first be Special Summoned (from your hand) by banishing 3 “Meklord” monsters with different names from your GY.
(1): Once per turn, when this card declares an attack, you can: look at your opponent’s Extra Deck and equip 1 monster from your opponent’s Extra Deck to this card.
(2): This card gains ATK equal to the total ATK of all monsters equipped to it by its effect.
(3): While this card is equipped with a Synchro Monster, it can attack monsters up to 3 times during the Battle Phase. 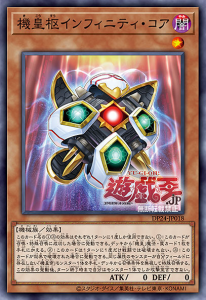 Meklord Nucleus Infinity Core
DARK/Level 1/Machine/Effect
ATK/0 DEF/0
You can only use this card name’s (1) and (3) effects once per turn each.
(1): If this card is Normal or Special Summoned: You can add 1 “Meklord” Spell/Trap Card from your Deck to your hand.
(2): Cannot be destroyed by battle once per turn.
(3): If this card is destroyed by a card effect: You can special Summon 1 “Meklord Emperor” from your hand or Deck, with a different Attribute from the monsters you control, ignoring its Summoning conditions, also for the rest of this turn, only 1 monster you control can declare attacks. 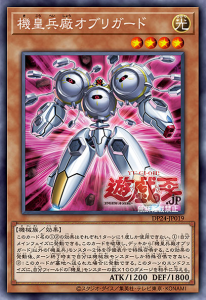 Kikou Heishou Obbligato (Meklord Army Arsenal of Obbligato)
Level 4 LIGHT Machine Effect Monster
ATK/1200 DEF/1800
You can only use the (1) and (2) effect of this card’s name once per turn.
(1) During your Main Phase: You can destroy this card, and if you do, Special Summon 2 “Meklord Army” monsters from your Deck in Defense Position, except “Meklord Army Arsenal of Obbligato”, but you cannot Special Summon monsters for the rest of this turn, except Machine monsters.
(2) If this card is sent to the GY: You can activate this effect; during the End Phase, inflict 100 damage to your opponent for each “Meklord” monster you control. 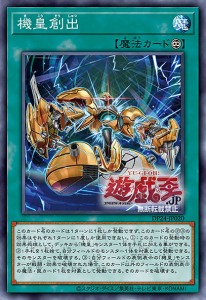 DP24-JP020 Kikou Sousetsu (Meklord Assembly)
Continuous Spell Card
You can only activate a card with this card’s name once per turn, and you can only use the (2) and (3) effects of this card’s name once per turn each.
(1) When this card resolves, you can add 1 “Meklord” monster from your Deck to your hand.
(2) You can discard 1 card, then target 1 monster you control; destroy that monster.
(3) If a face-up “Meklord” monster you control is destroyed by battle or effects: You can target 1 other face-up Spell/Trap on the field; destroy that card. 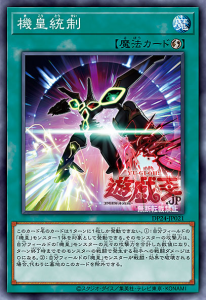 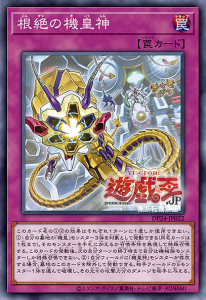 DP24-JP022
Konsetsu no Kikoushin (Cruel Mercy of the Meklord Astro)
Normal Trap Card
The (1) and (2) effect of this card’s name can each only be used once per turn.
(1) Target 3 “Meklord” monsters in your GY (each with a different name); either add those monsters to your hand or Special Summon them ignoring the summoning conditions, but you cannot Special Summon monsters until the end of your next turn, except Machine monsters.
(2) If you control a “Meklord Astro” monster: You can banish this card from your GY; destroy 1 Synchro monster your opponent controls, and if you do, inflict damage to your opponent equal to its original ATK. 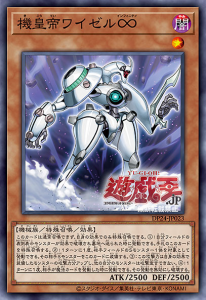 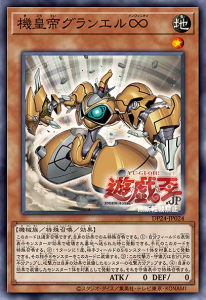 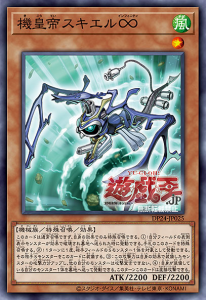