Regarding YGO Products and Events there! 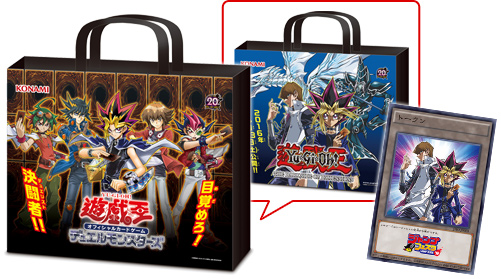 At the Special Stage where various special events are being held, you can get a Special Bag and a Commemorative Token featuring Kaiba and Yugi’s Stock Art from the movie!

Voice Actors from ARC-V will Duel on Stage
There will be a Stage for those who want to learn how to Duel
The Charisma Duelist crew from V Jump will be introducing the latest news about the Yu-Gi-Oh! card game and Dark Side of Dimension

At the Entertainment Duel Corner, you can play against Staff who will be using a Standard, Synchro, Fusion or Xyz Dimension themed Deck.

There’s also a corner for Dueling for those not used to the game’s rules designed to make it exciting.

For both corners, you can get a 20th Anniversary Logo themed Token 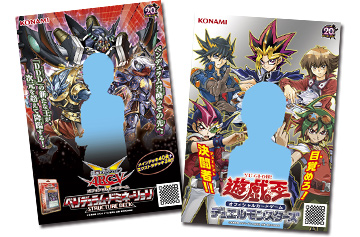 There’s a Photo Studio Corner where you can get your picture on a Token of your choice and a poster of your Choice.