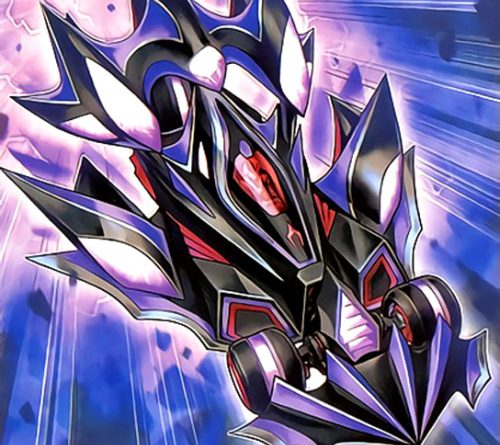 Translation of an article on a follow up about Platinum Gadget.

Participate In An Event Where You Can Play With Instructors And Free Play!!

The “Duelist Exchange Meeting 2018 3rd” was held at the Konami Card Game Station on December 1st, 2018. Because one of the writers for V Jump participated at the event, we’ll be publishing their report! Let’s introduce the situation and results.

This event not only allowed attendees to earn Promotion Pack and Tournament Packs, but you could also get Tokens or lotteries as part of the fun!
※ Please note that the event contents may differ from store to store.

The writer in question used a Deck including “Platinum Gadget” from the Jumbo January 2019 Issue of V Jump using the combo we described on December 6th, 2018!
Please check out the following feature article:
https://yu-gi-oh.jp/index.php?page=details&id=447

“F.A.” Decks are a Deck that fights by raising the Levels of its monsters to increase their ATK. By raising the Levels of “F.A. Hang On Mach” and “F.A. Whip Crosser” to 7 or higher, making it more difficult for your opponent to make moves against you. Also, since there are Tuners, you can aim to regular Synchro Summon, and Link Monsters such as “Platinum Gadget” allow you to bring out more Synchro Monsters as well.

Point of the Included Cards
“Unending Nightmare” in the above Recipe, can destroy your own cards as well as your opponent’s cards. While this card is often used for destroying Pendulum Zone Cards, in this Deck it’s useful for destroying your own “F.A.” Field Spell Card. “F.A.” Field Spell Cards, when destroyed, have an effect that lets you add any “F.A.” card you desire from your Deck to your hand, and the cards you add are useful for helping to raise the Level of a “F.A.” monster’s Level.

Below are the Deck Types of the Opponent’s and Who Won!

Result: Lose
I had a hard time drawing “F.A.” monsters, but I managed to Link Summon “Borrelsword Dragon” using “Scapegoat”, however, my opponent used it as Fusion Material for “Super Polymerization” to bring out “Starving Venom Fusion Dragon”. I couldn’t muster a counterattack, and as a result, lost.

Result: Win
Although I summoned “Platinum Gadget” and “Cyberse Quantum Dragon”, they got destroyed by “Mirror Force”. However, the effect of “Platinum Gadget” allowed me to Special Summon “Gold Gadget from the Deck”, which allowed me to Special Summon a Level 4 “F.A.” monster from my hand. Then, since it was still the Battle Phase, I attacked some more. Then we destroyed the monsters we each brought out, whittling away our Life Points, but I ultimately won using “Borrelsword Dragon”.

Result: Lose
My opponent went first, bringing out “Impcantation” monsters, and then used them as materials to Ritual Summon “Amorphactor Pain, the Imagination Dracoverlord”. As a result, my Main Phasse 1 was skipped. As a result, all I could do was make plays in Main Phase 2, and was only able to bring out Linkuriboh. During the next turn, my opponent Ritual Summoned “Amorphactor Pain, the Imagination Dracoverlord” again, skipping my next Main Phase 1. And by playing “Lair of Darkness” and “Lilith, Lady of Lament”, my own monster was Tributed. Basically, I ended up losing without being able to do really a single thing about my opponent’s field.

Result: Win
I brought out “F.A.” monsters and brought out “Platinum Gadget” and “Cyberse Quantum Dragon”. My opponent was able to summon monsters, but failed to draw “”A” Cell Recombination Device”, and as a result, I managed to win due to favorable circumstances.

This time, starting with the Konami Card Game Station, I participated in “Duelist Exchange Meeting” being held at card shops across Japan. Players participate with the Decks they like best, and it seems many enjoyed the event while having a chance to talk with others. Since the “Duelist Exchange Meeting 4th” will be held in the future, please participate by bringing your favorite Deck! Check out the details of the event here!