Skip to content
News Yu-Gi-Oh!
October 16, 2015October 17, 2015 Joenen DM, EXODIA OBLITERATE, Heart of the Cards, I guarentee you your body was not ready for this, Millennium Pack, Nostalgia

Some of the finer details will be translated soon.  For now, just cards.

First up, the Millennium Pack 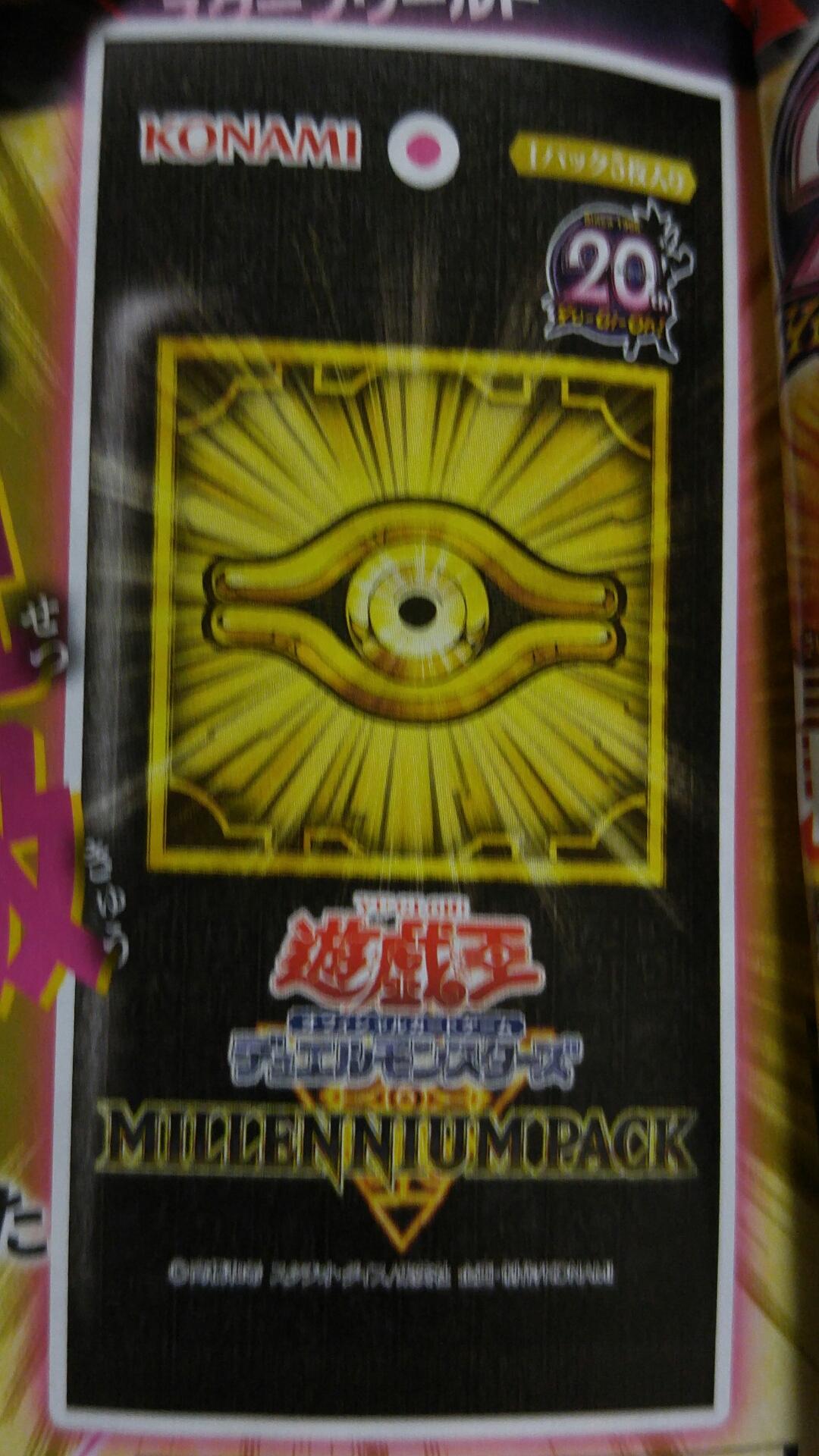 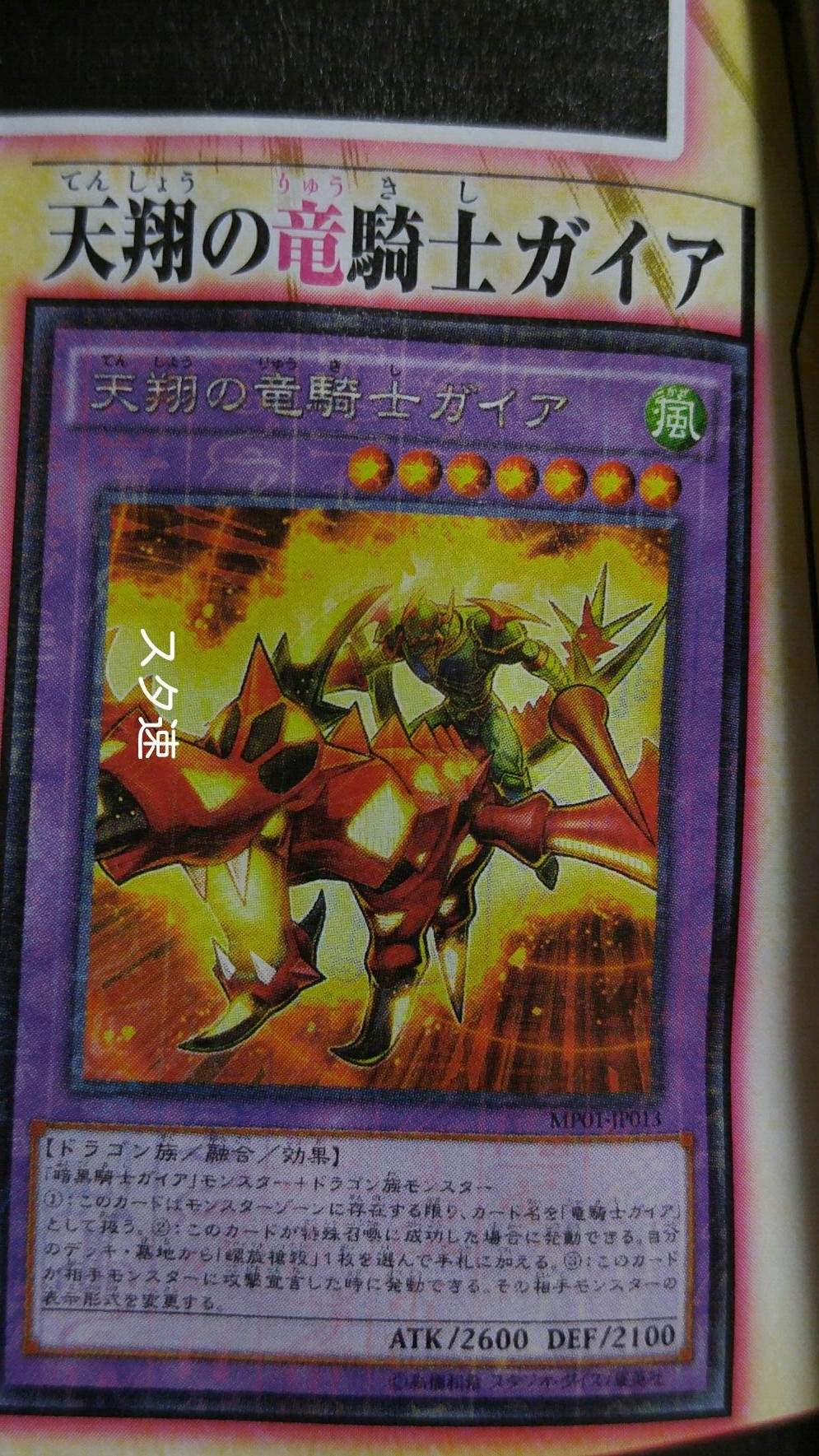 Tenshou no Ryuukishi Gaia / Gaia the Soaring Dragon Champion
Wind Dragon / Fusion / Effect
LV7 2600/2100
1 “Gaia The Fierce Knight” monster + 1 Dragon-Type monster
(1) This card’s name becomes “Gaia the Dragon Champion” while in the Monster Zone.
(2) If this card is Special Summoned: You can add 1 “Spiral Spear Strike” from your Deck or Graveyard to your hand.
(3) When this card targets a monster for an attack: You can change that monster’s battle position. 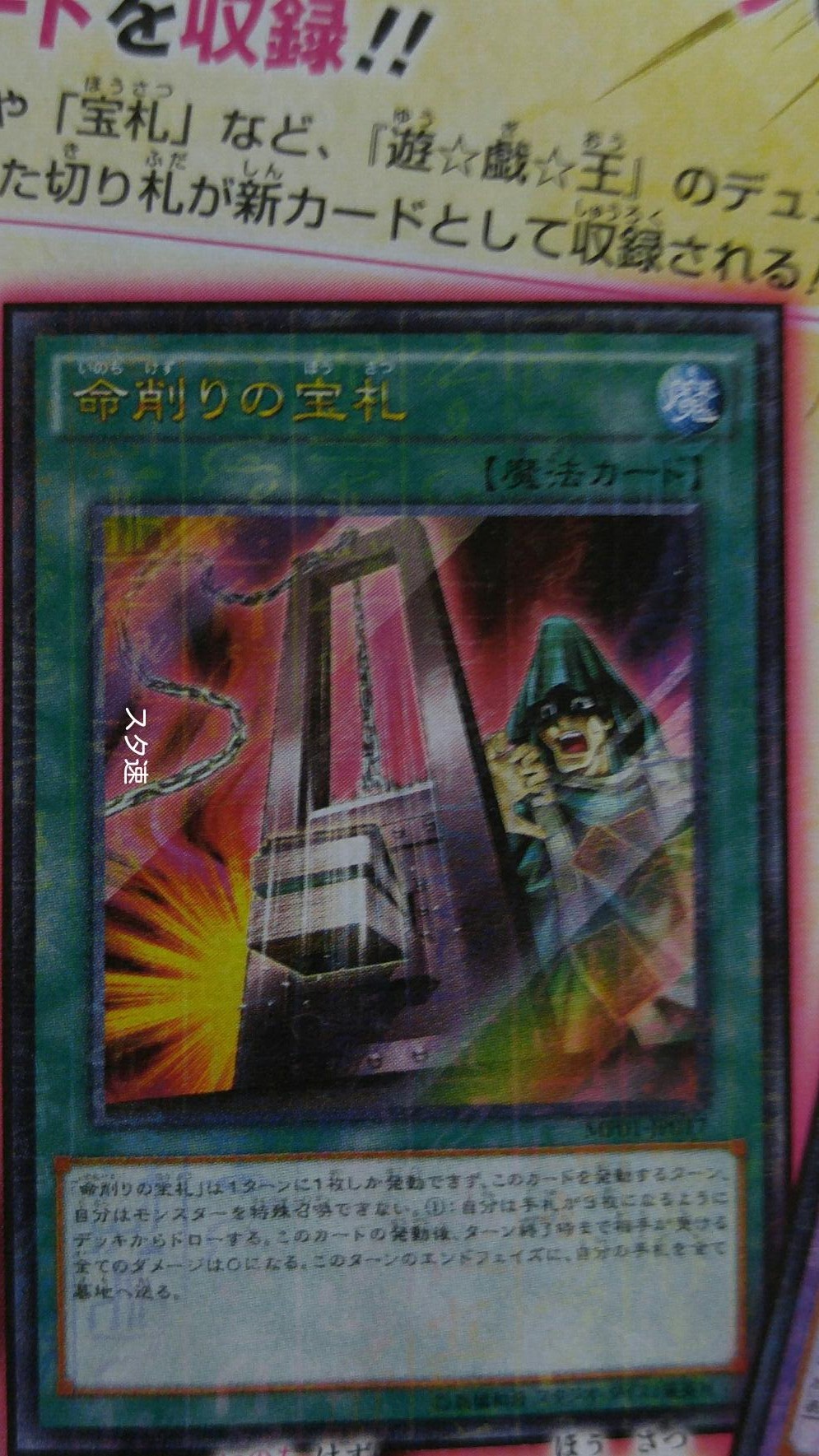 Inochikezu no Housatsu / Card of Demise
Spell Normal
You can only activate 1 “Card of Demise” per turn. During the turn you activate this card, you cannot Special Summon monsters. (1) Draw until you have 3 cards in your hand, but for the rest of this turn, your opponent takes no damage. During the End Phase of this turn, send your entire hand to the Graveyard. 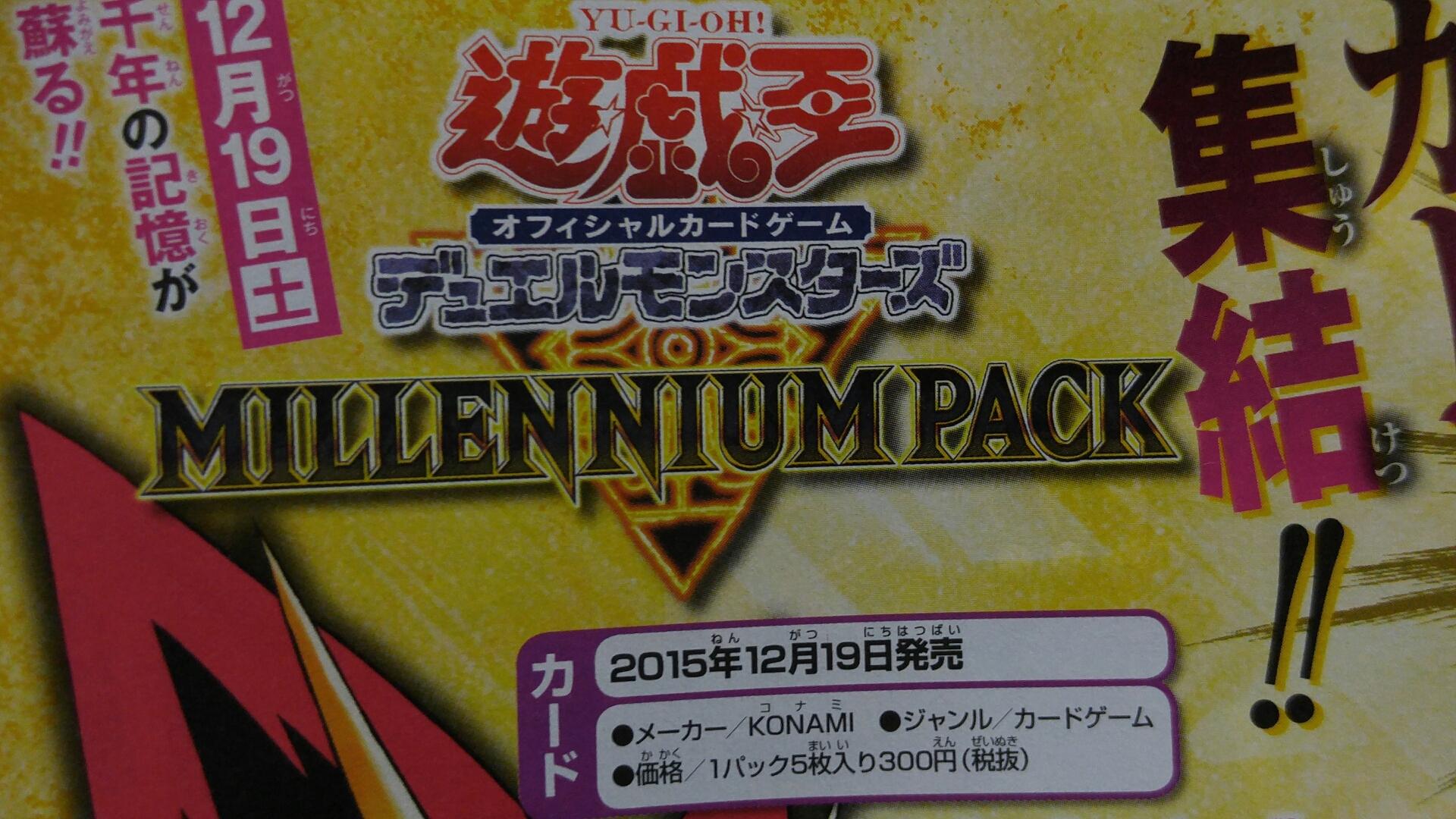 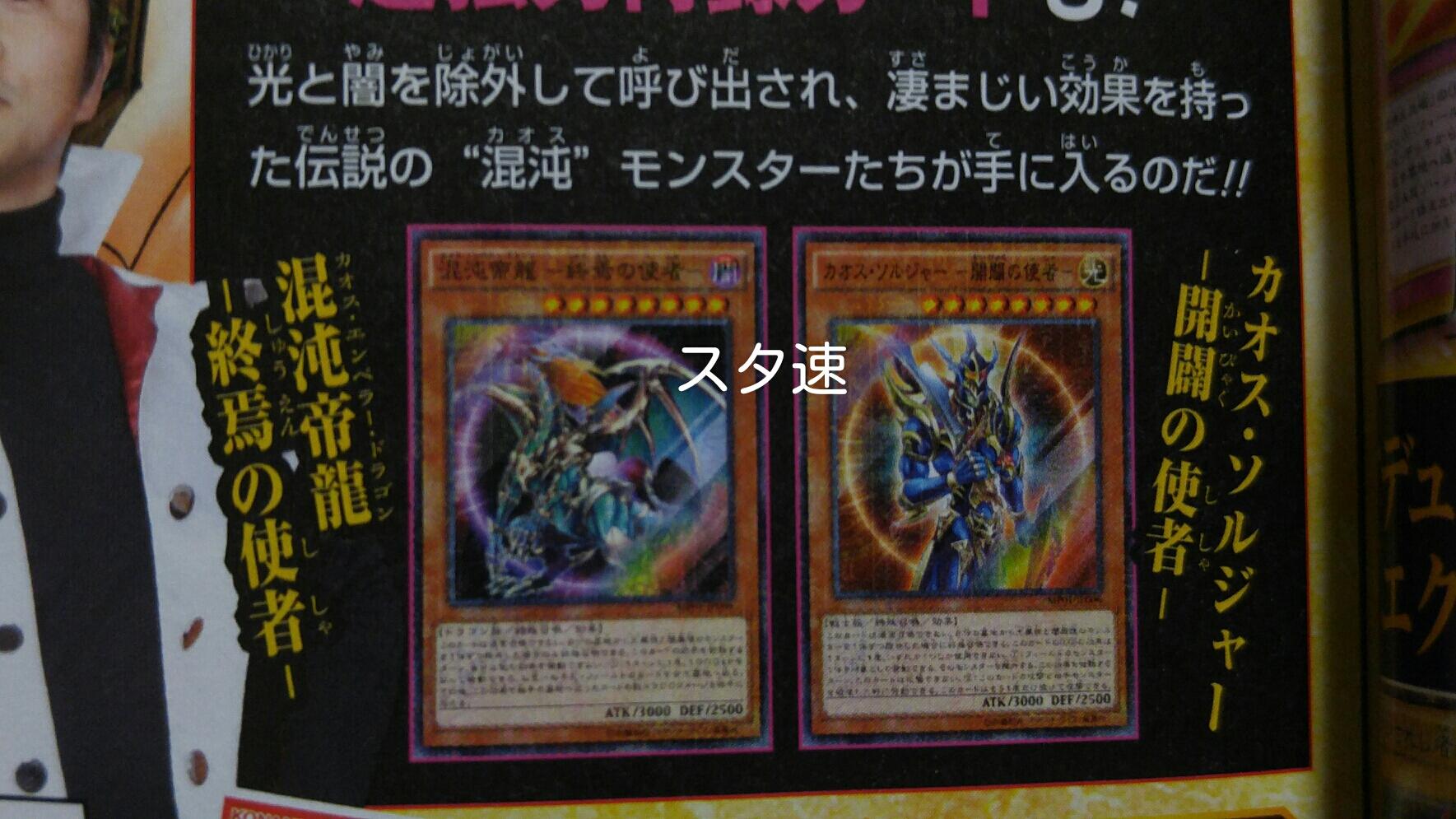 Now for The Box! 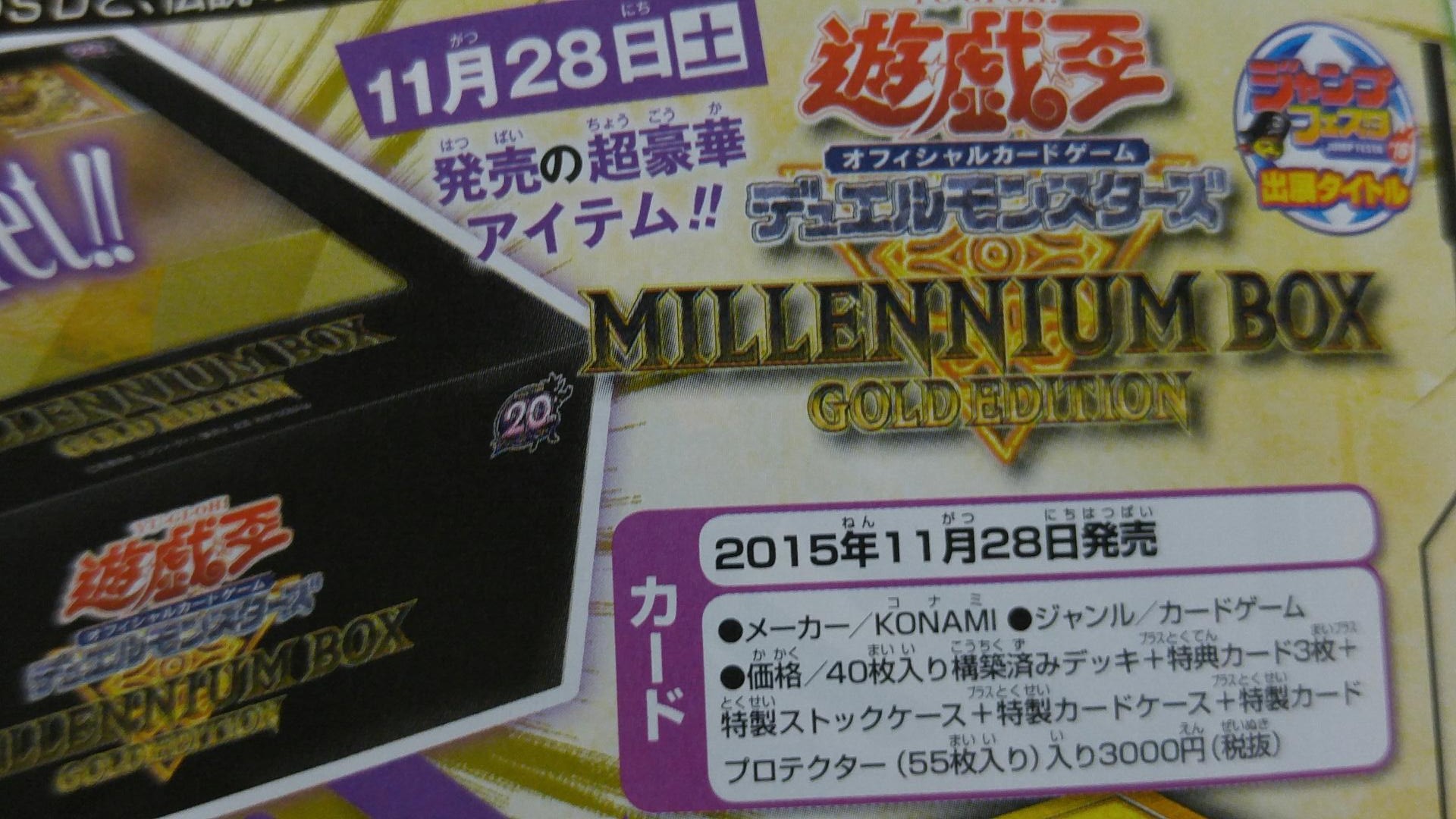 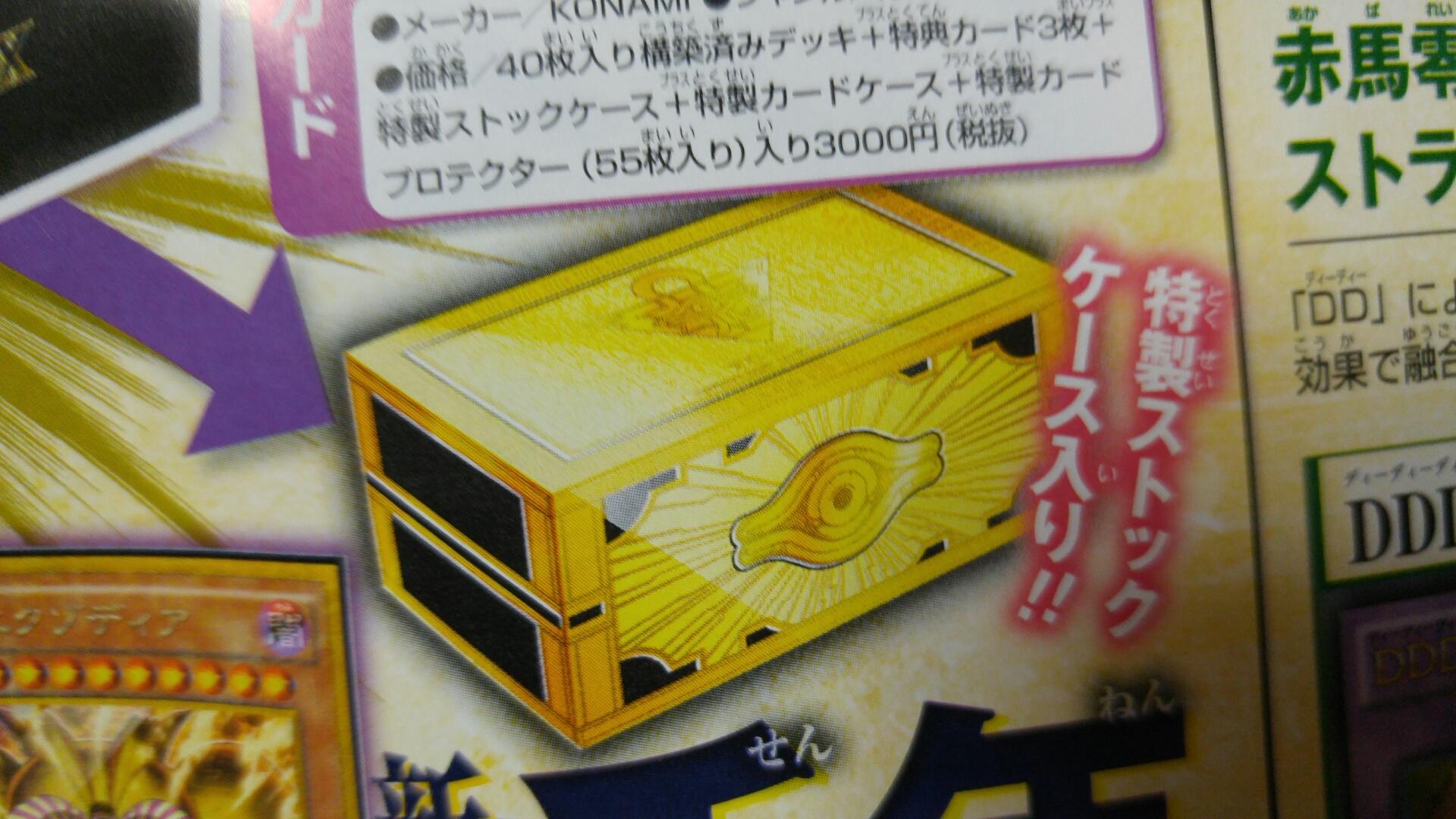 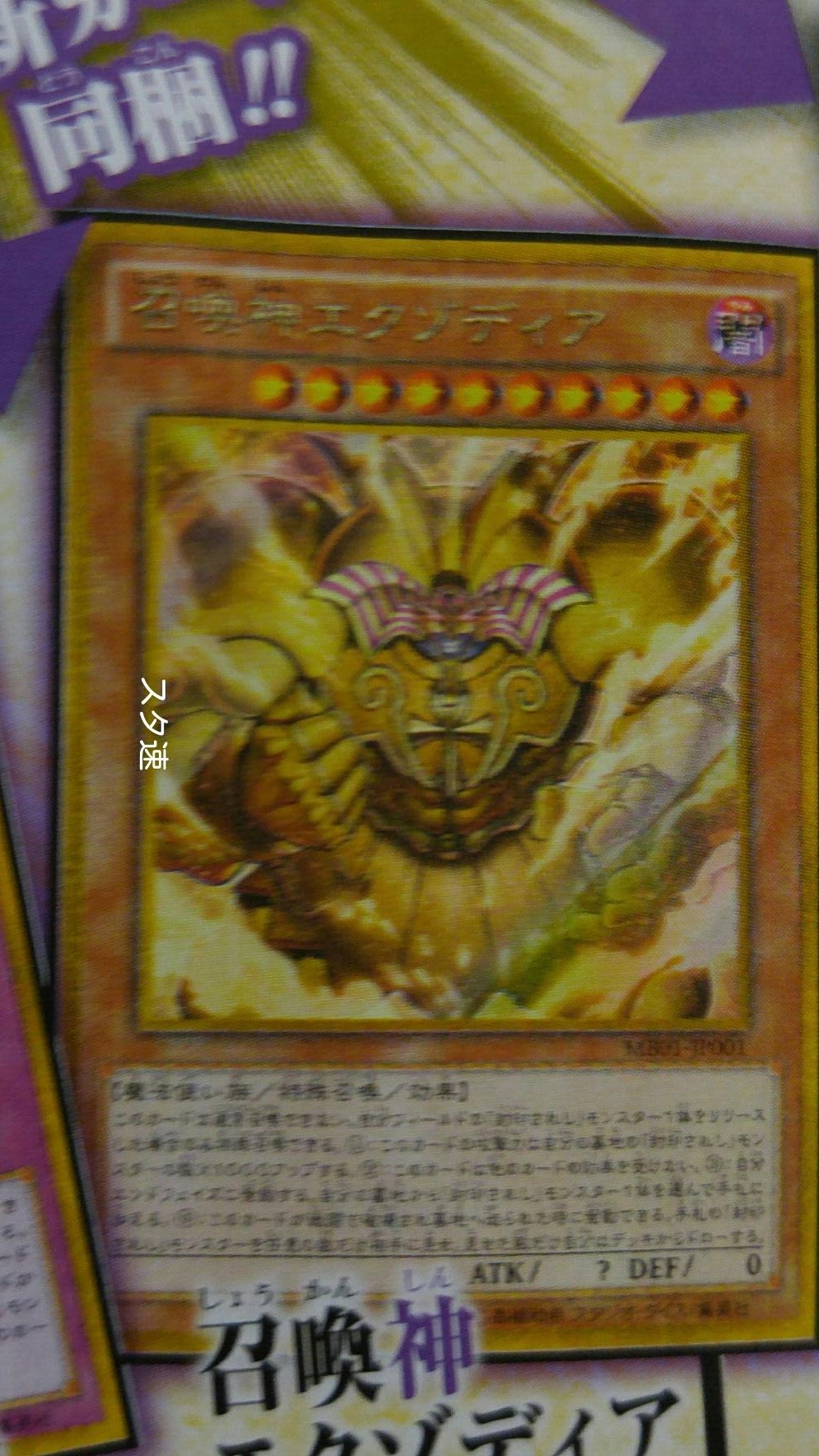 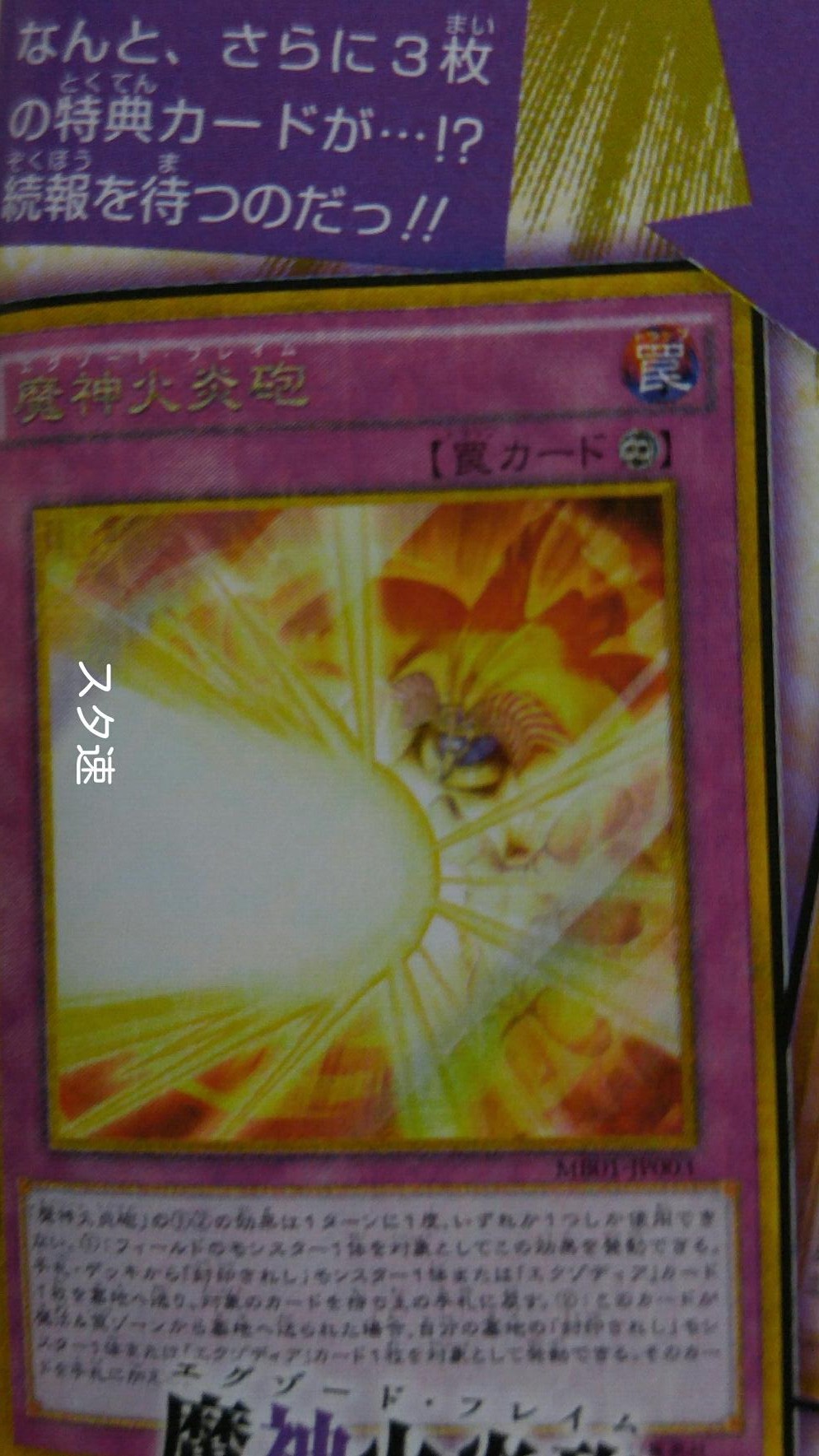 Exod Flame / Whoops!  Not an Exodia Card!
Trap Continuous
You can only use 1 “Exod Flame” effect per turn, and only once that turn.
(1) You can target 1 monster on the field; send 1 “Forbidden One” monster or “Exodia” card from your hand or Deck to the Graveyard, and if you do, return that card to the hand.
(2) If this card is sent from the field to the Graveyard: You can target 1 “Forbidden One” monster or “Exodia” card in your Graveyard; add it to your hand. 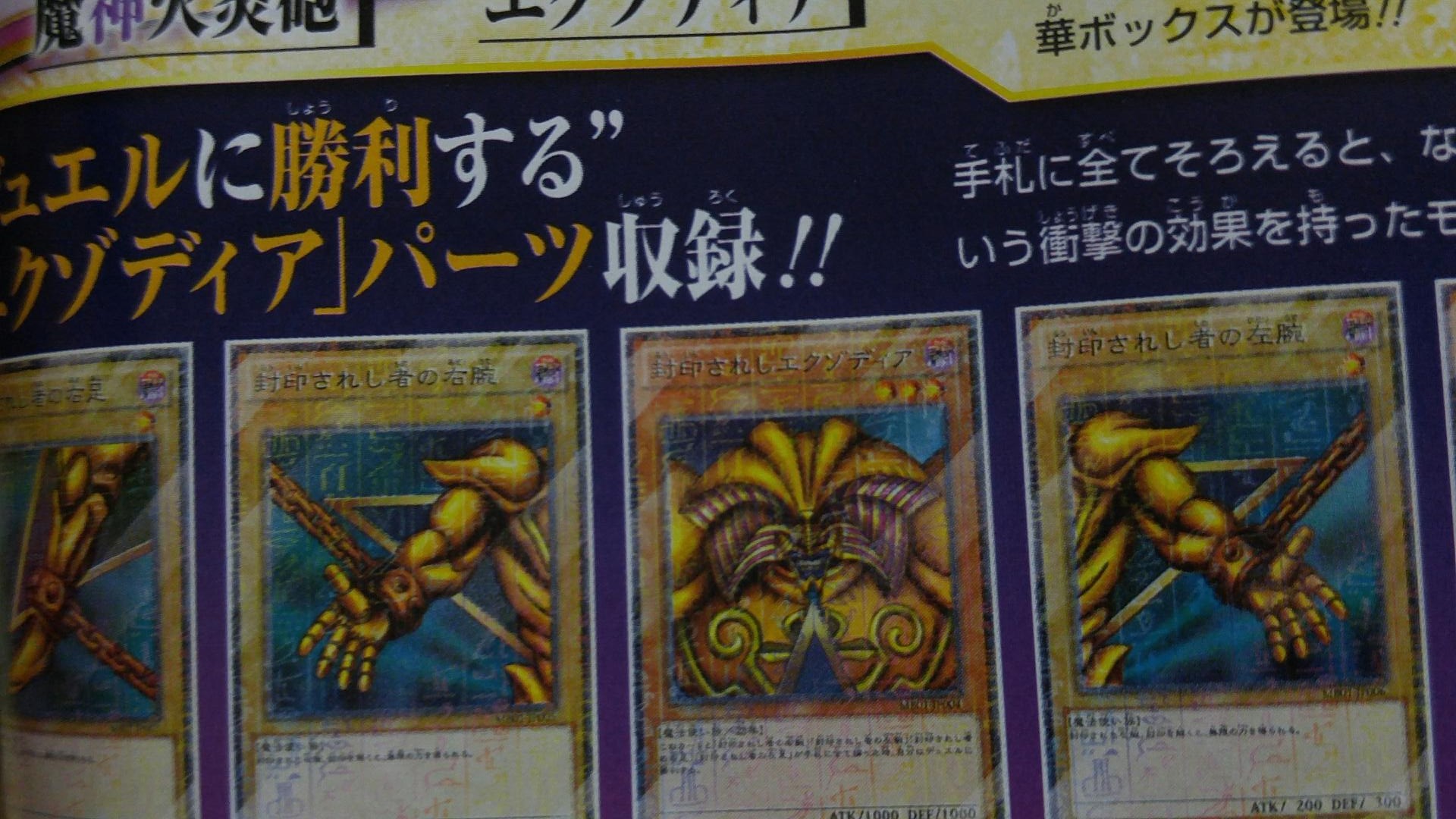 Review of UDON’s “Art of the Cards” Book