It’s starting, but first let me just say, I can’t even right now

EDIT: Started clean up, some things could be changed. 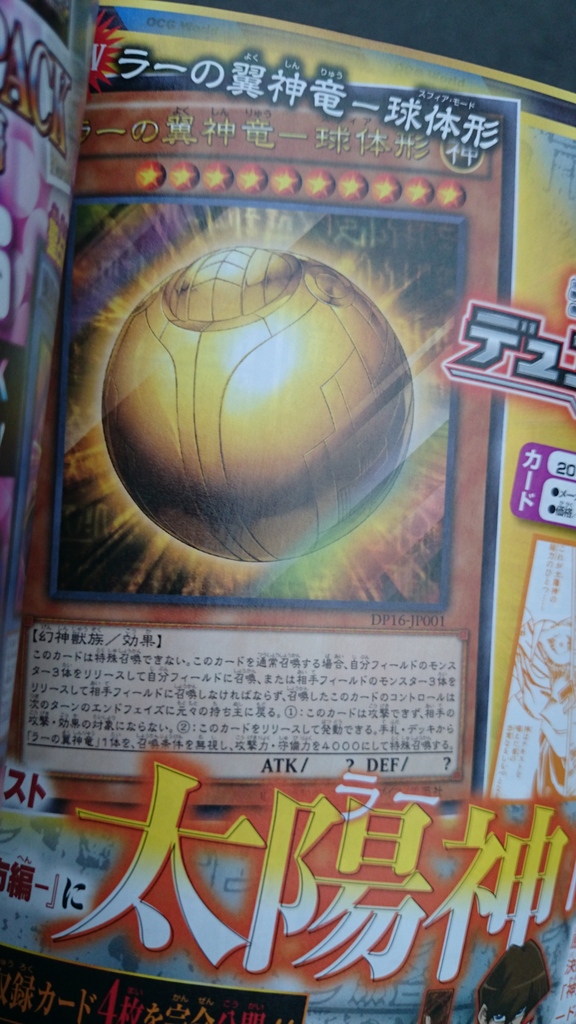 DP16-JP001 – Ultra Rare
Ra no Yokushinryuu – Sphere Mode / The Winged Dragon of Ra – Sphere Mode
Divine Divine-Beast / Effect
LV10 ?/?
Cannot be Special Summoned. Requires 3 Tributes to Normal Summon to your side of the field, or 3 Tributes of your opponent’s monsters to Normal Summon to your opponent’s side of the field. The control of this Normal Summoned card is returned to its original owner at the End Phase of next turn. (1) Cannot attack, and cannot be targeted for an attack or by an opponent’s card effect. (2) You can Tribute this card: Special Summon 1 “The Winged Dragon of Ra” from your hand or Deck, ignoring the Summoning conditions, but its ATK and DEF each become 4000. 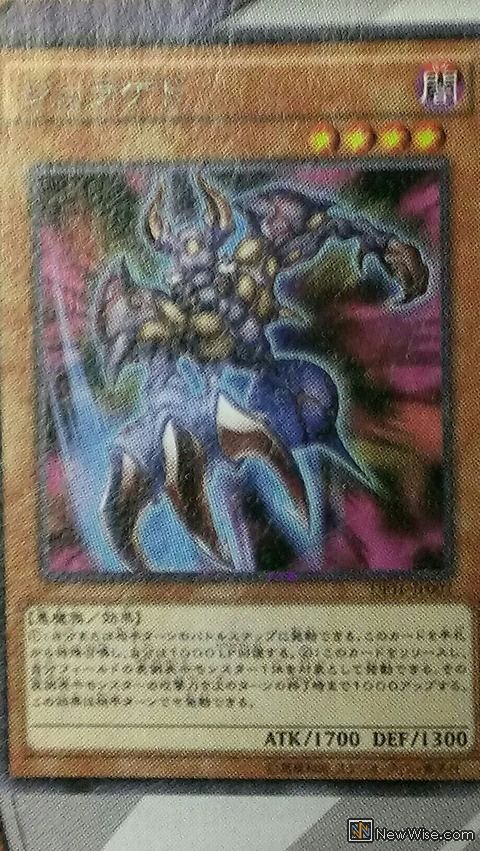 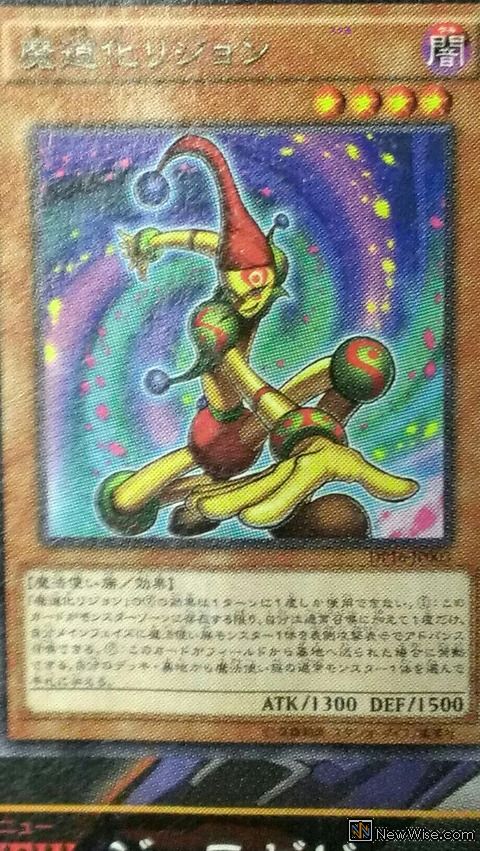 Madouke Legion / Legion the Fiend Jester
Dark Spellcaster / Effect
LV4 1300/1500
You can only use the (2) effect of “Legion the Fiend Jester” once per turn. (1) During your Main Phase, you can Tribute Summon 1 Spellcaster-Type monster in addition to your Normal Summon/Set. (You can only gain this effect once per turn.) (2) If this card is sent from the field to the Graveyard: You can add 1 Spellcaster-Type Normal Monster from your Deck or Graveyard to your hand. 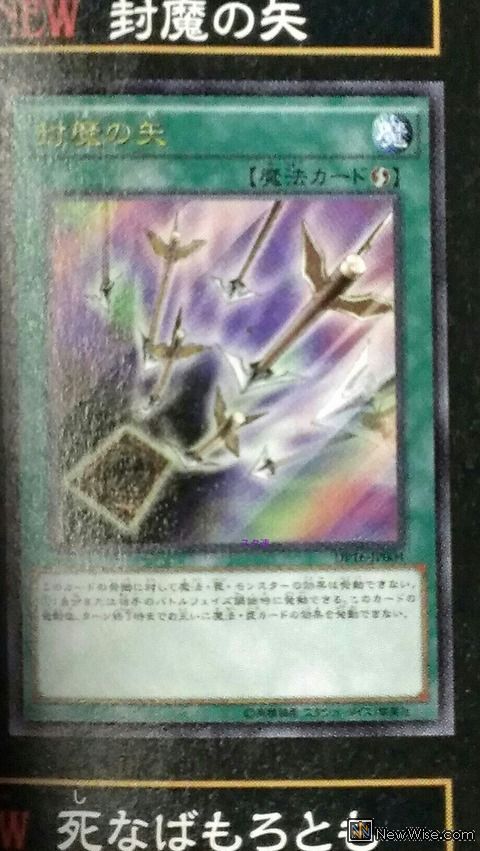 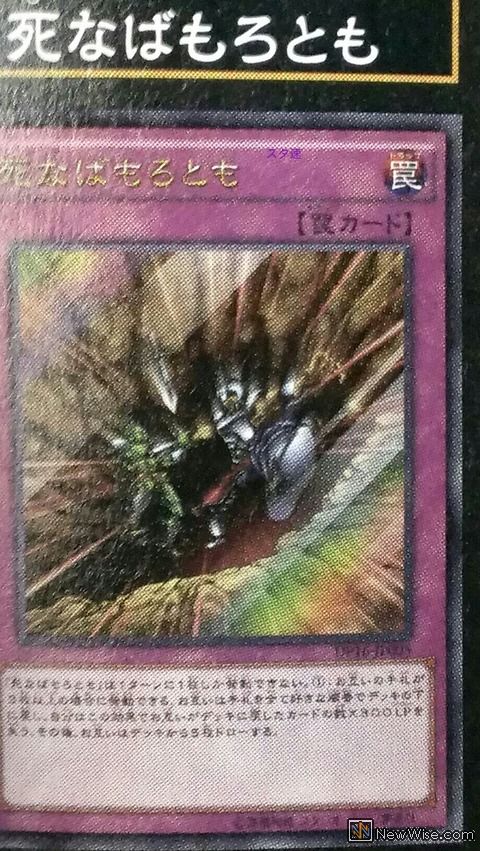 Shinabamorotoki / Multiple Destruction
Trap Normal
You can only activate 1 “Multiple Destruction” per turn. (1) If there are 3 or more cards in each player’s hand: Each player places all the cards from their hand to the bottom of their Deck in any order, and if they do, you lose 300 LP for each card returned to the Deck this way, then, each player draws 5 cards. 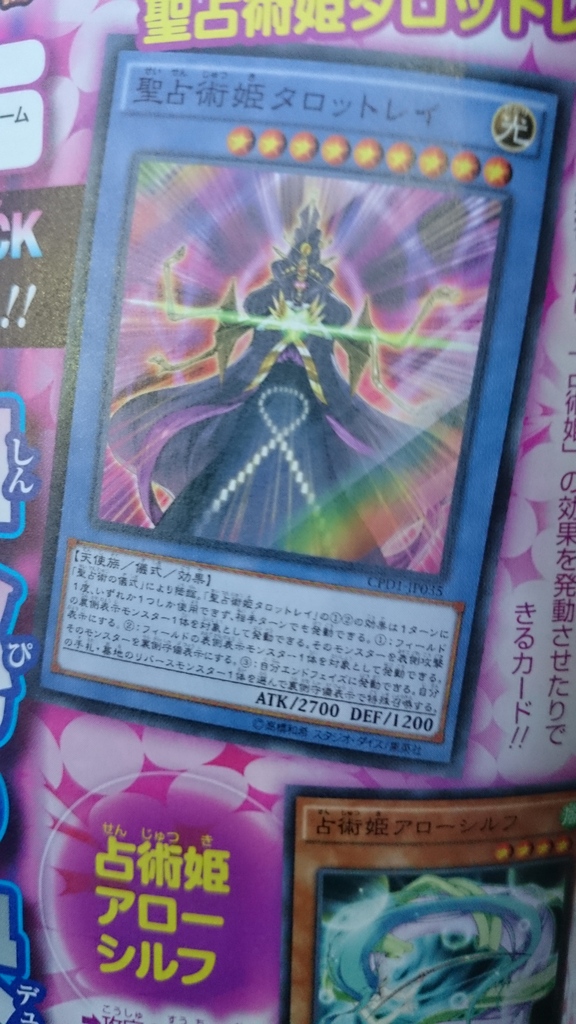 CPD1-JP035 – Super Rare
Seisenjutsuki Tarotray / Sibylla Tarotray
Light Fairy / Ritual / Effect
LV9 2700/1200
Can be Ritual Summoned by “Sibylla Ritual”. You can only use either the (1) or (2) effect of “Sibylla Tarotray” once per turn, and only once that turn. (1) During either player’s turn: You can target 1 face-down monster; change it to face-up Attack Position. (2) During either player’s turn: You can target 1 face-up monster; change it to face-down Defense Position. (3) During your End Phase: You can Special Summon 1 Flip Monster from your hand or Graveyard in face-down Defense Position. 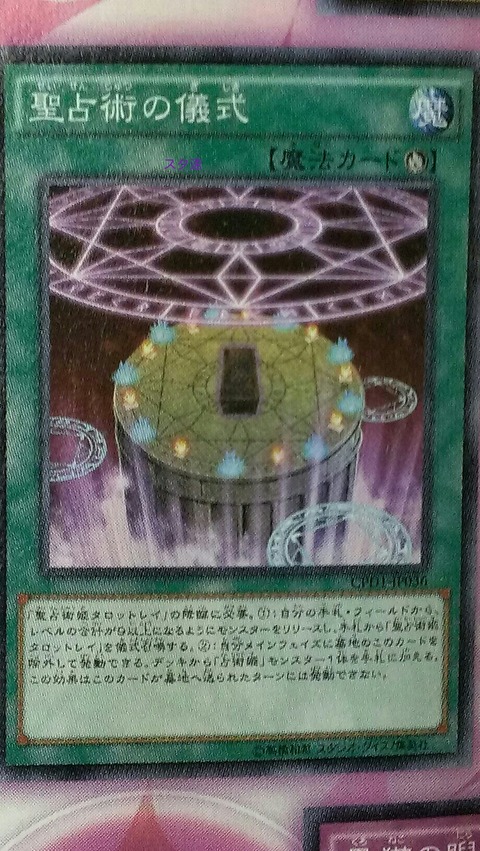 Seisenjutsu no Gishiki / Sibylla Ritual
Spell Ritual
Can be used to Ritual Summon “Sibylla Tarotray”. (1) Ritual Summon 1 “Sibylla Tarotray” from your hand by Tributing monsters your control or have in your hand whose Levels equal 9 or more. (2) You can banish this card from your Graveyard; add 1 “Sibyl” monster from your Deck to your hand. You cannot activate this effect during the turn this card is sent to the Graveyard. 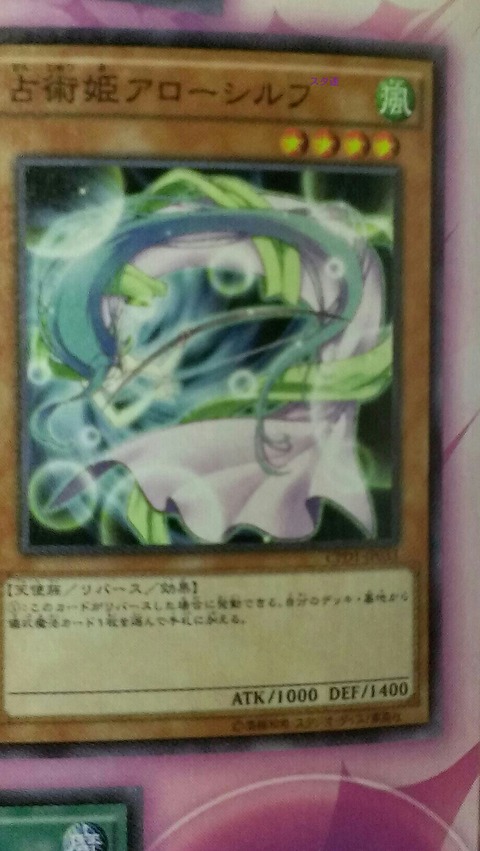 Senjutsuki Arrowsylph / Sibyl Arrowsylph
Wind Fairy / Flip / Effect
LV4 1000/1400
(1) If this card is flipped face-up: You can add 1 Ritual Spell Card from your Deck or Graveyard to your hand. 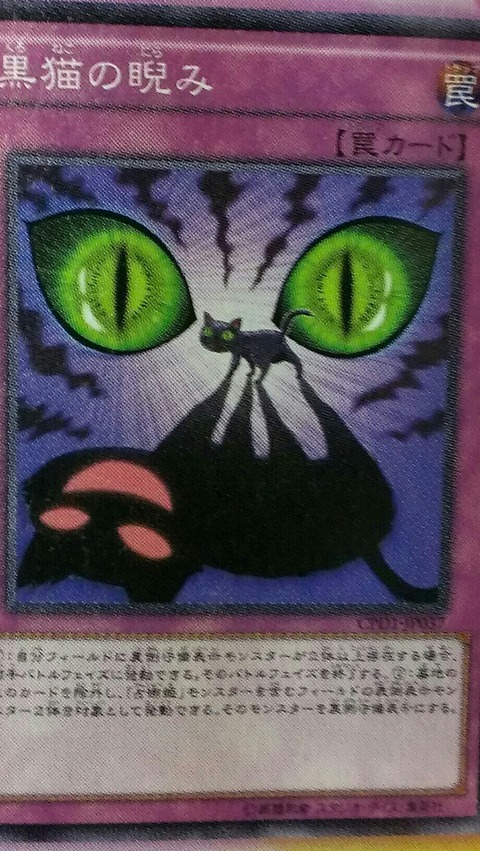 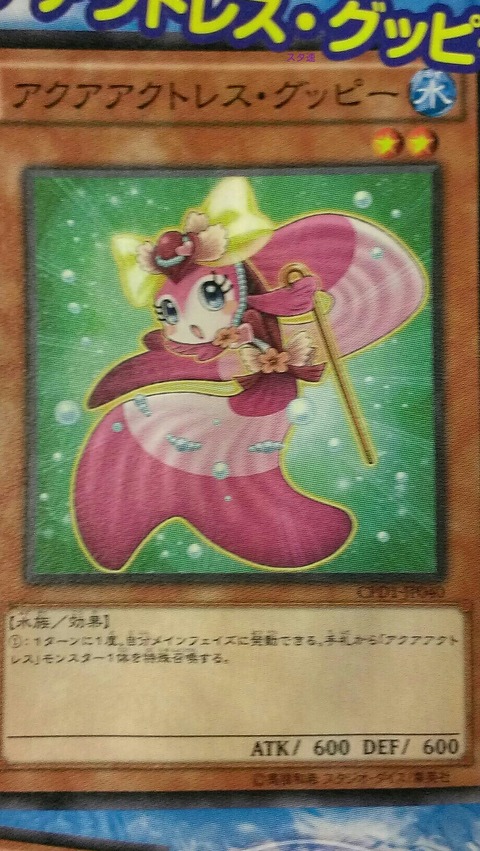 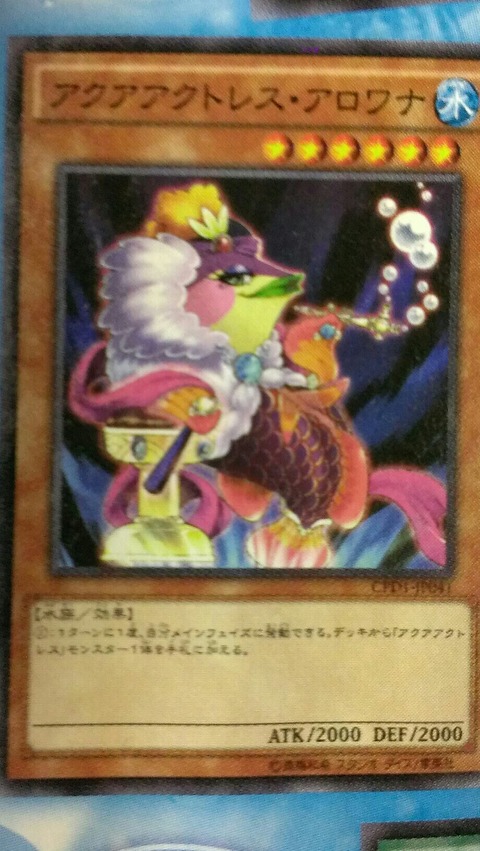 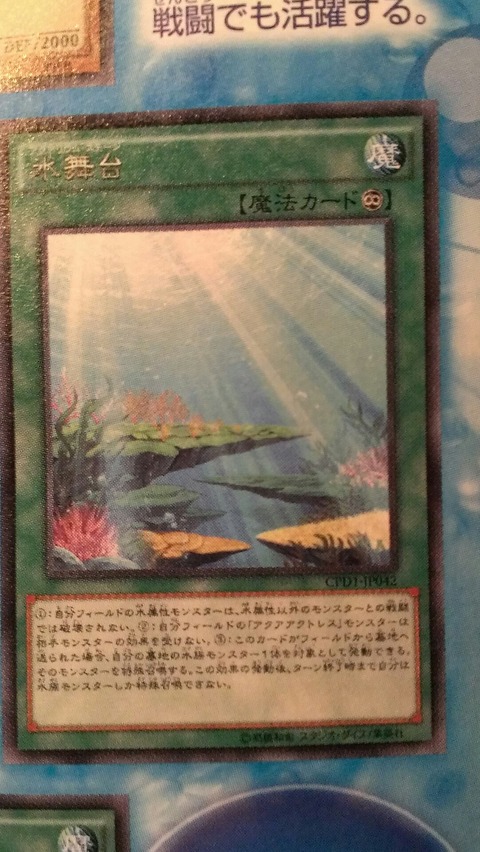 Aquarium Stage
Spell Continuous
(1) WATER monsters you control cannot be destroyed by battle, except with WATER monsters. (2) “Aqua Actress” monsters you control are unaffected by your opponent’s card effects. (3) If this card is sent from the field to the Graveyard: You can target 1 Aqua-Type monster in your Graveyard; Special Summon it. You cannot Special Summon monsters for the rest of this turn, except Aqua-Type monsters. 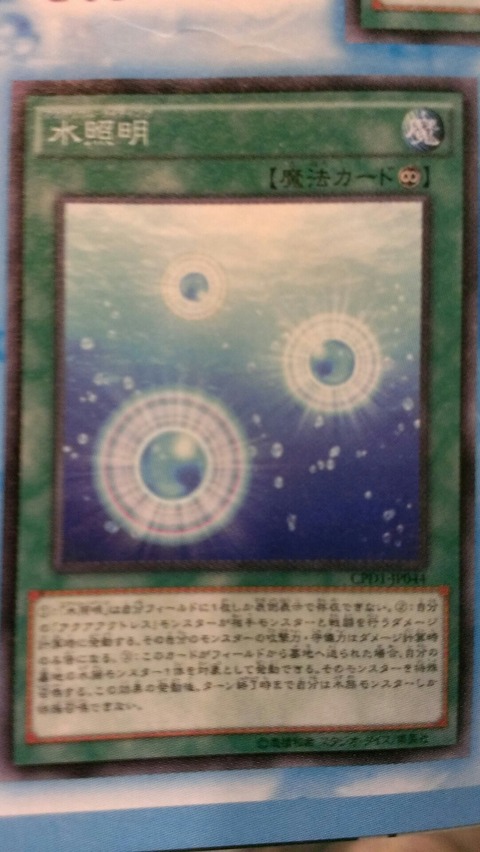 Aquarium Lighting
Spell Continuous
(1) You can only control 1 “Aquarium “Lighting”. (2) During damage calculations, when an “Aqua Actress” monster you control battles an opponent’s monster: You can activate this effect; double the ATK and DEF of that monster you control during this damage calculation. (3) If this card is sent from the field to the Graveyard: You can target 1 Aqua-Type monster in your Graveyard; Special Summon it. You cannot Special Summon monsters for the rest of this turn, except Aqua-Type monsters. 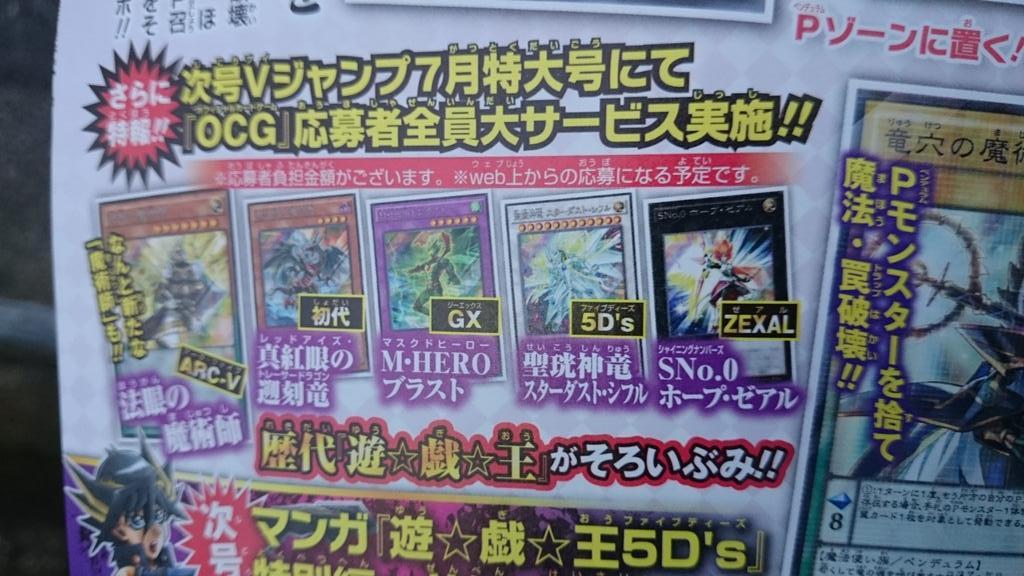 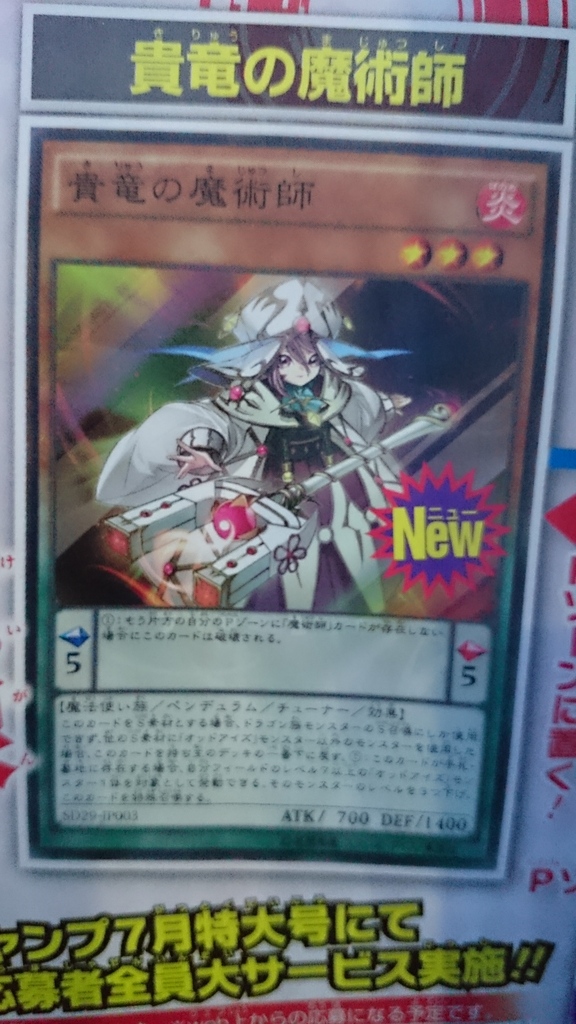 Kiryuu no Majutsushi / Noble Dragon Magician
Fire Spellcaster / Pendulum / Tuner / Effect
PS5 LV3 700/1400
Pendulum Effect: (1) If you do not control a “Magician” card in your other Pendulum Zone, destroy this card.
Monster Effect: Cannot be used as a Synchro Material, except for a Dragon-Type Synchro Monster. If the other Synchro Material(s) is not an “Odd-Eyes” monster, place this card at the bottom of the Deck when you use it as a Synchro Material. (1) If this card is in your hand or Graveyard: You can target 1 Level 7 or higher “Odd-Eyes” monster you control; have that card lose 3 Levels, and if it does, Special Summon this card. 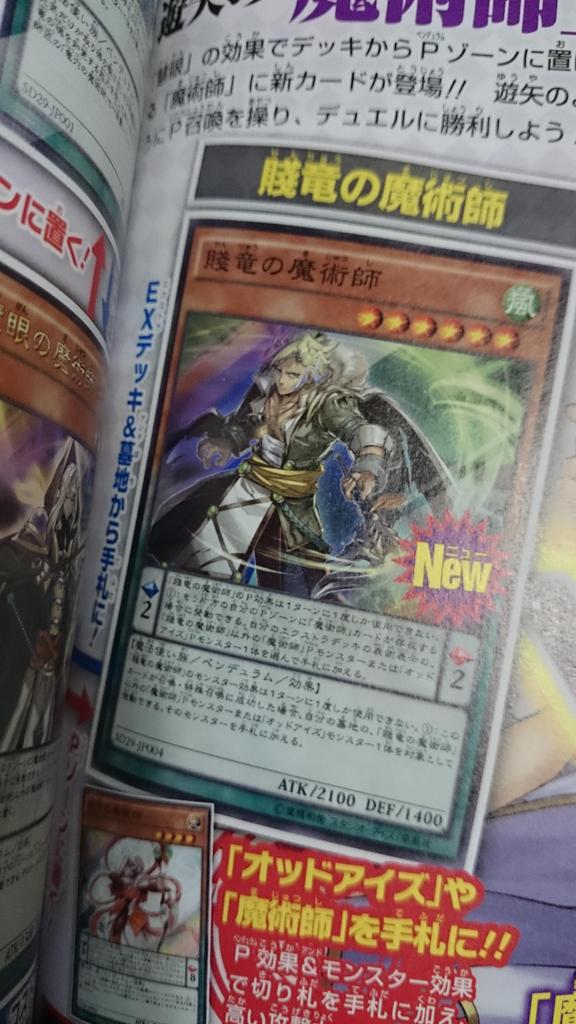 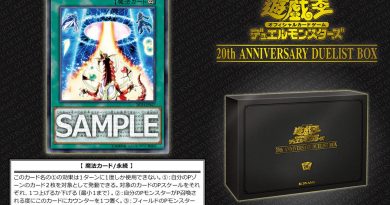 [Arc-V] Past Series Characters in Arc-V