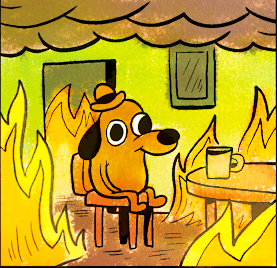 It’s out of the frying pan and into the oven. 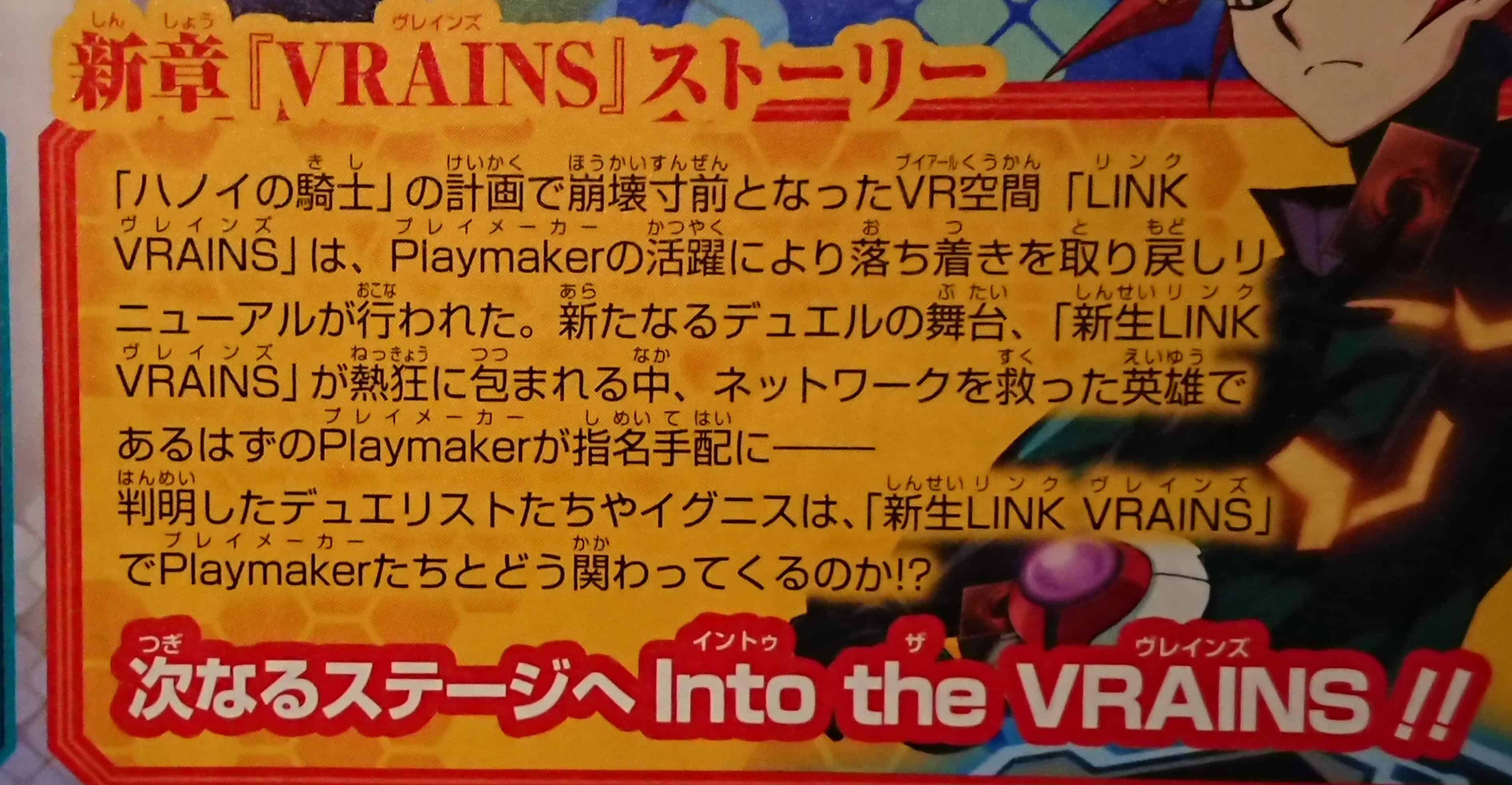 The VR System, “LINK VRAINS”, which was almost destroyed by the “Knights of Hanoi”, was saved and restored by Playmaker and since then has been updated and upgraded. The brand new Duel Stage, “Link VRAINS Re:Born” is in an uproar, as the hero who saved the internet, Playmaker, is wanted for questioning by the authorities…

How will Playmaker and the others deal with established Duelists and Ignis in “Link VRAINS Re:Born”!?

“Into the VRAINS” to the Next Stage!!

Note: It’s “Shinsei Link VRAINS”, literally Reborn LINK VRAINS I went with something with more bite. It could also be called Neo Link VRAINS or so such. 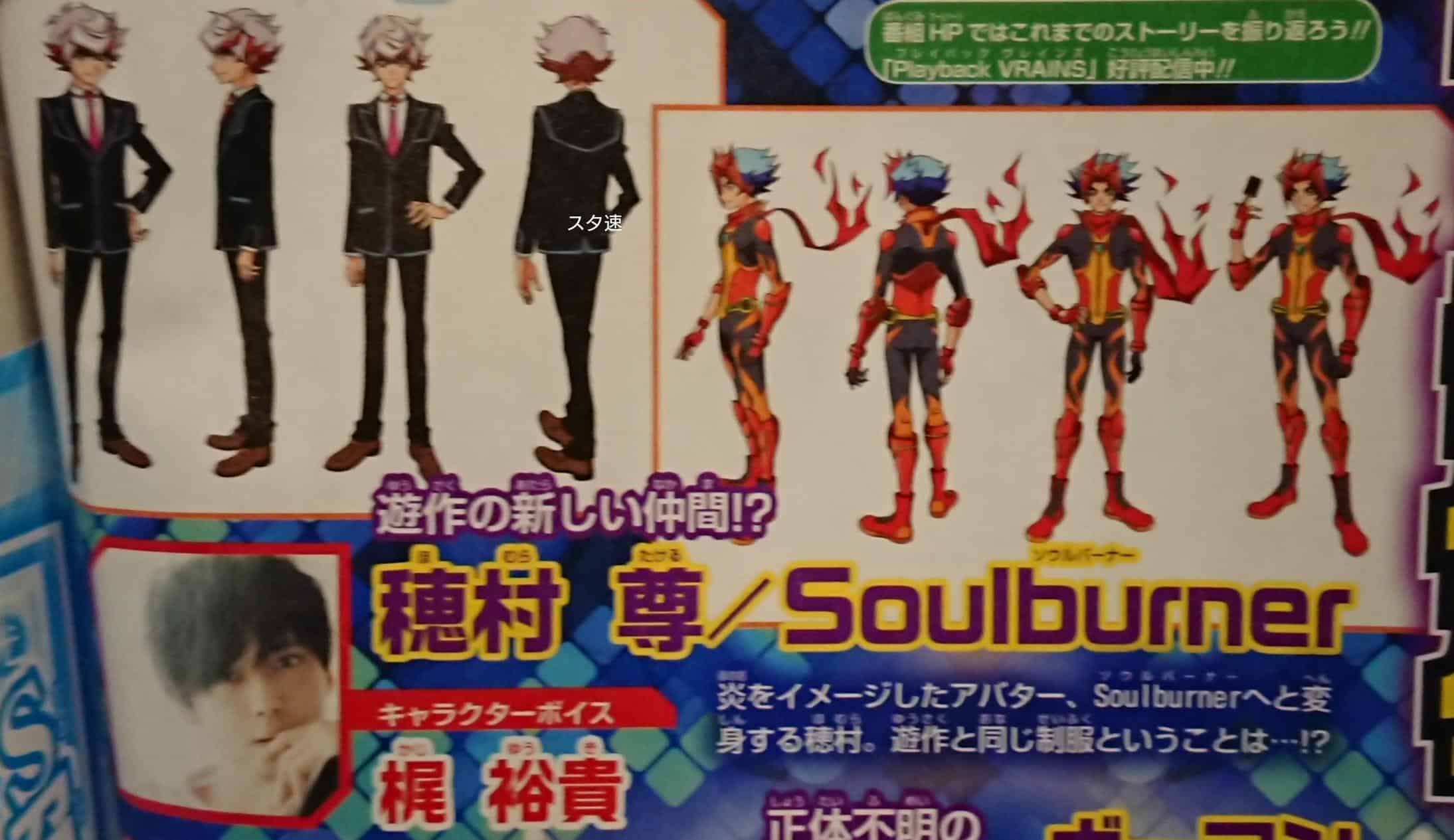 Homura for what it’s worth, not with this spelling of Kanji, but another way of spelling it can be read as “Flame” or “Fire”. Basically his surname is a homonym. Think something along the lines of “Thomas Fyre”. 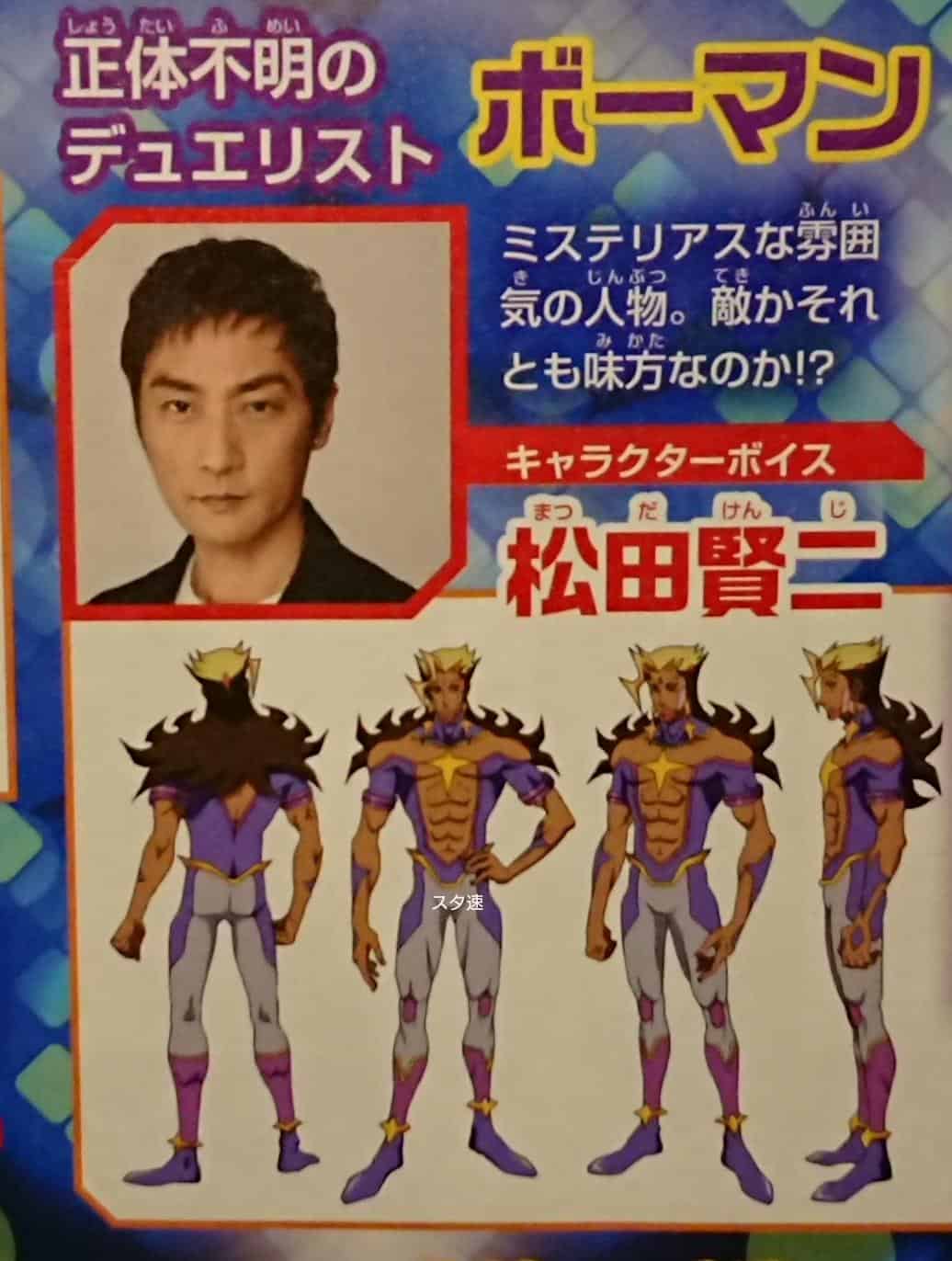 Bowman
The Duelist whose True Identity is Unknown
Voice Actor: Matsuda Kenji
A being with a mysterious air to them. Is he friend or foe!? 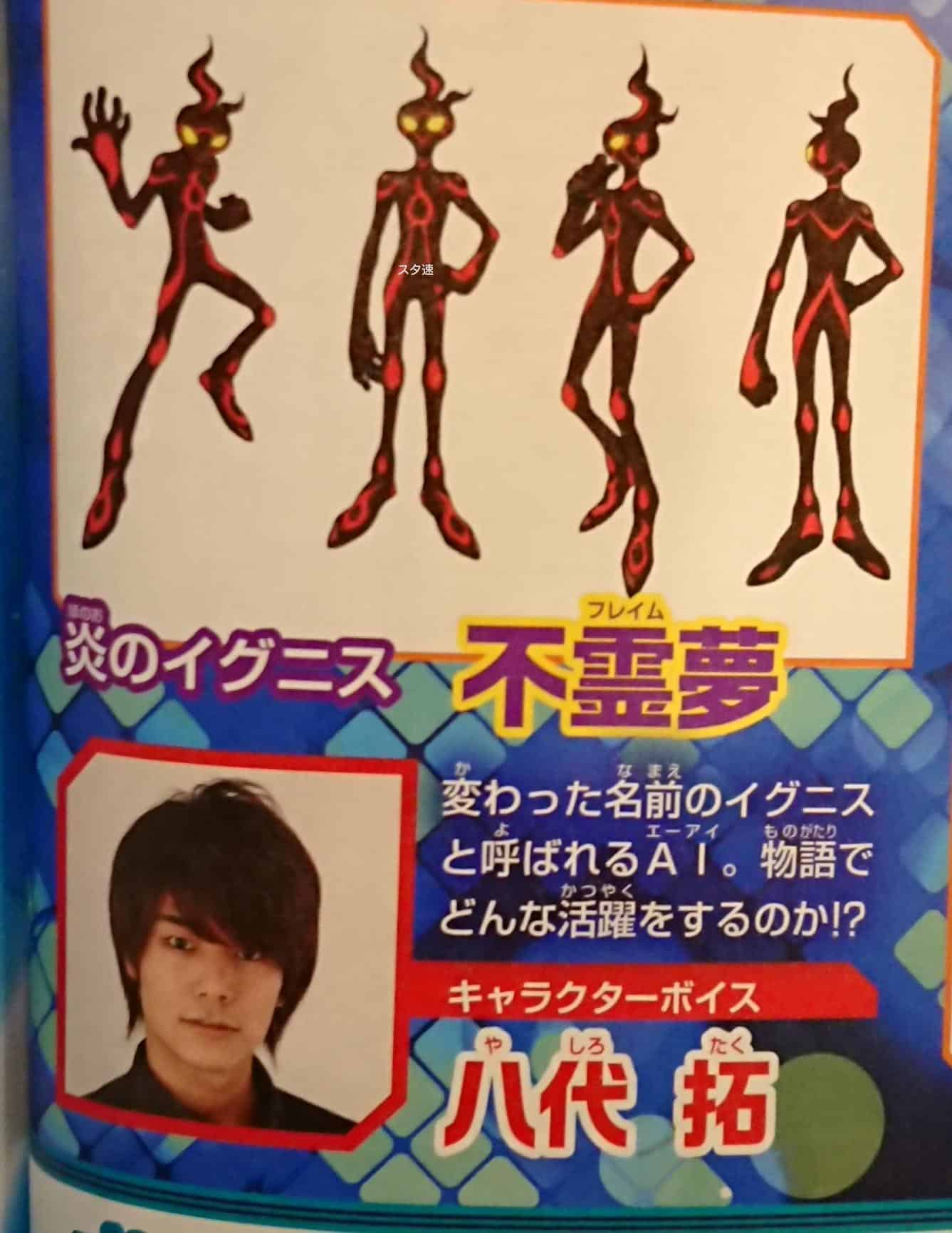 Flame *
The Ignis of Fire
Voice Actor: Yashiro Taku
An Ignis AI that’s changed its name. How will he impact the story!?