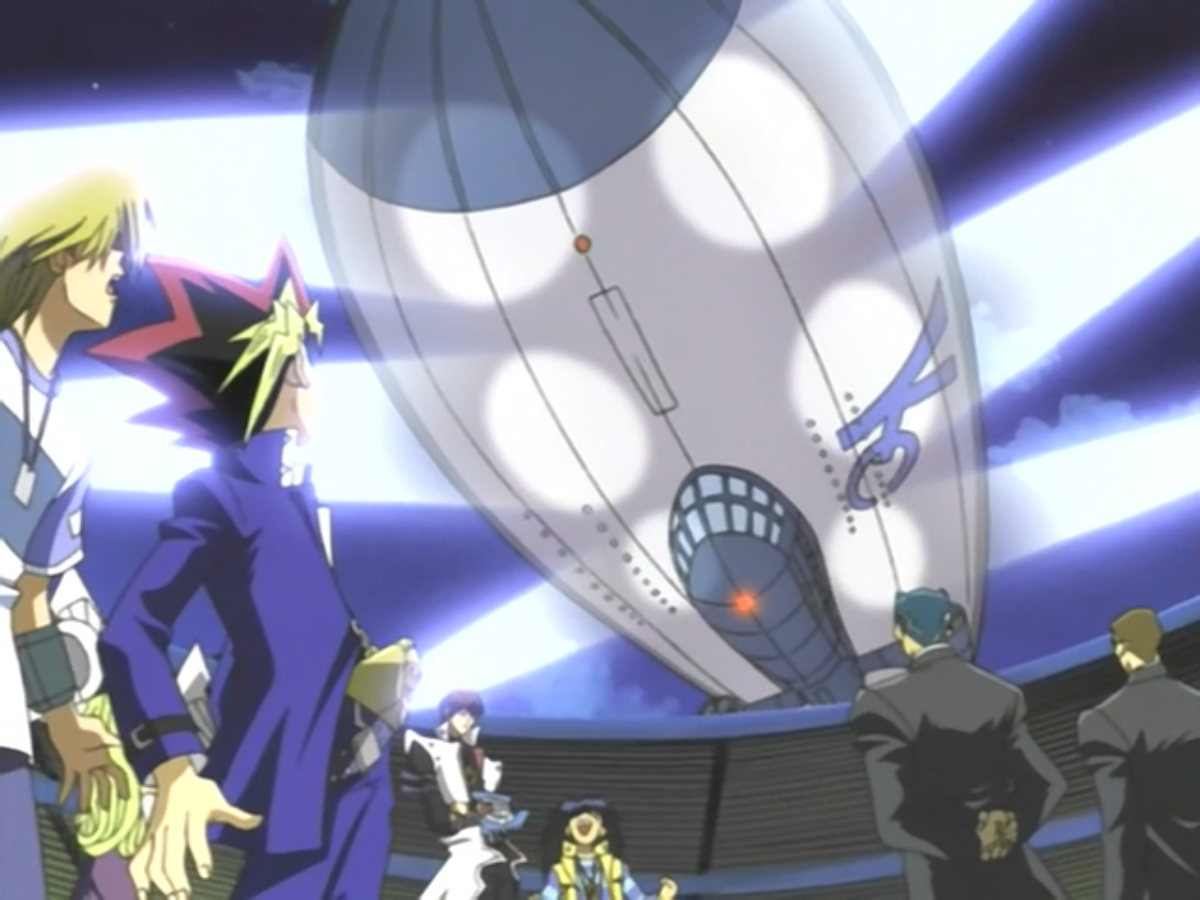 The Duelist Chronicles Board Game event’s back, but this time it’s centered on the finals of Battle City.

Battle City Showdown is a Duelist Chronicles variant focused on the end of Battle City. On April 29th, you’ll have a chance to open the Treasure Room. 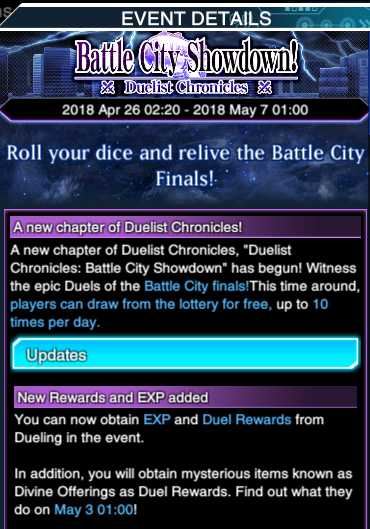 First:
You can roll for 10 prizes once a day (so a free full prize roll)

Dueling in the event gets you Experience and Duel Rewards. Also, on May 3rd, you’ll be able to get mysterious prizes called “Divine Offerings” from the event. 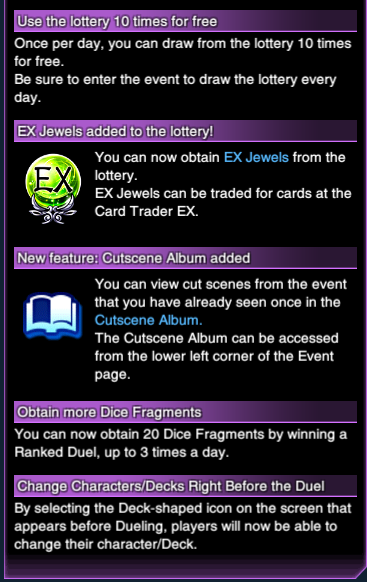 The event has a free 10 prizes a day component.

The Lottery hands out EX Jewels, which you can use with the EX Trader to get cards, the ones in this event’s Trader are specifically the same as the Trader, giving people the chance to collect the cards they’re having trouble obtaining from the lottery.

You’ll also get a Cutscene Album which lets you rewatch scenes.

You can get more Dice Fragments from winning Ranked Duels. 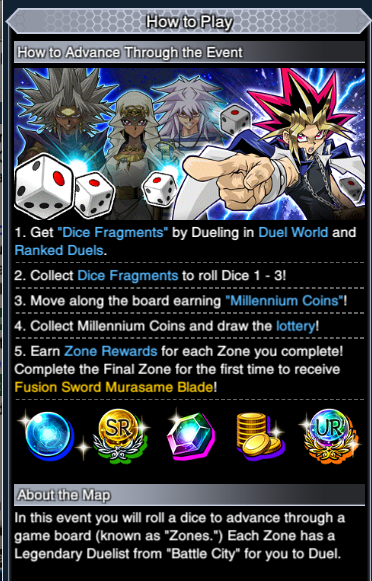 Use Dice Fragments to move across the board, allowing you to collect prizes and Duel special oppoents. 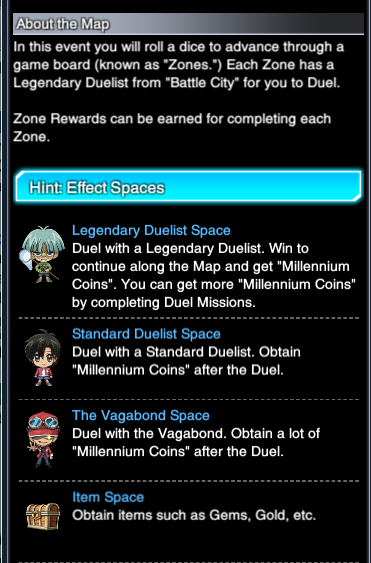 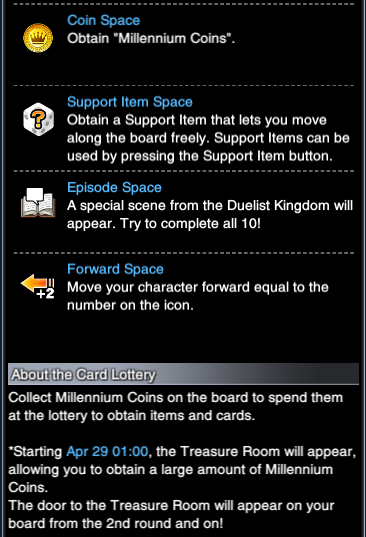 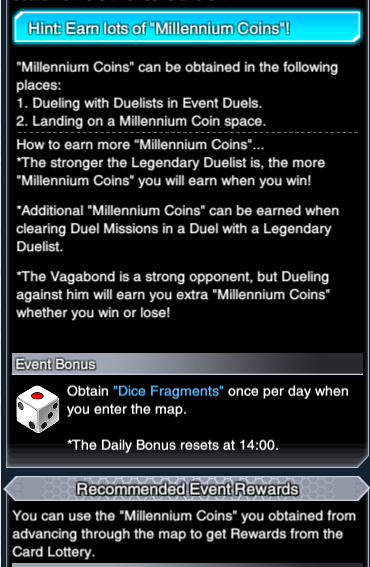 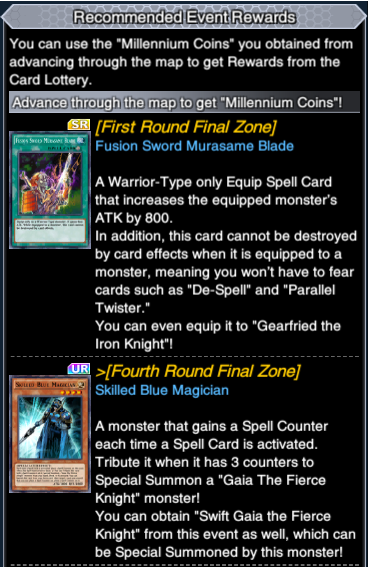 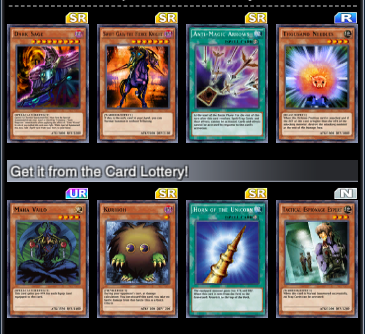 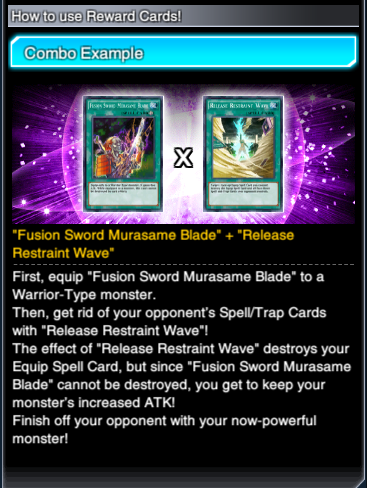 EX Trader this time around has every card being given out through the lottery of the event.