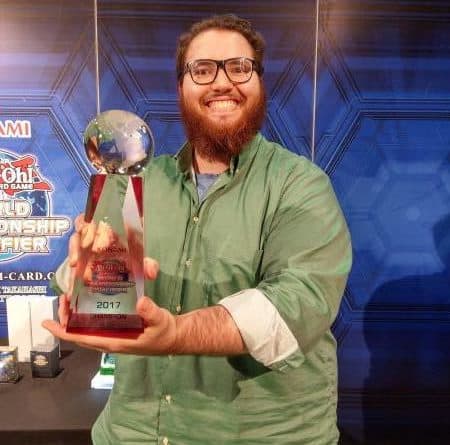 Another article from our friends over at Complexity Card Gaming.

My name is Marcello Barberi and I am here to talk about my experience with Spyral at YCS Dallas and YCS London, where I finished twice in Top 32.

Rather than writing the typical tournament report and talking about my matches, I thought it would have been more interesting to show you guys my approach to these events considering they were scheduled only 1 weekend apart from each other.

First of all, the biggest news was of course the release of the new set “Circuit Break”, which as you all know made Spyral the deck to beat but also introduced some crucial staples like Evenly Matched and Number 41.

I had no doubt I would be playing Spyral at YCS Dallas and I expected a lot of people to do the same, the deck’s core was cheap and there was a lot of hype about it considering it was and still is dominating in OCG.

These are the deck lists I ended up playing : 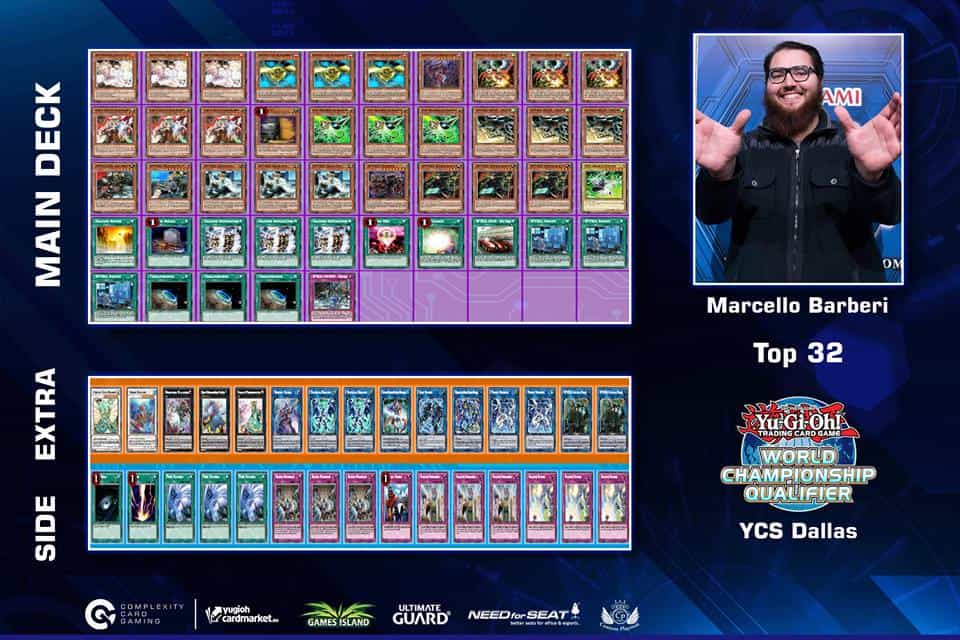 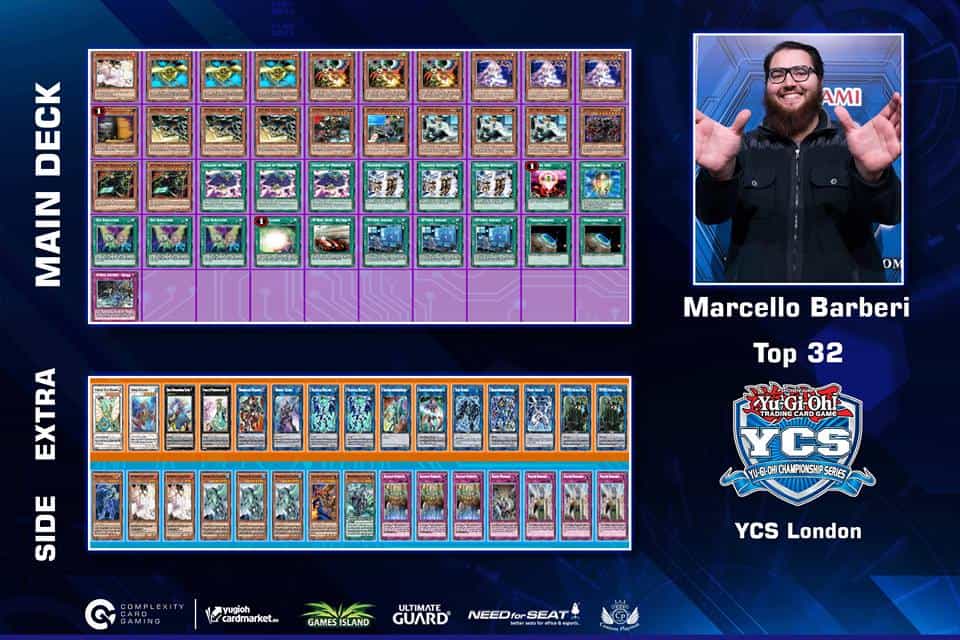 As you can see, neither of them were exactly “standard” and although both focused on beating the mirror match they differ a lot.

This is something that I tend to do often, I don’t like to play standard deck lists even if they usually have a higher chance of guaranteeing me the top-cut, because that’s not my goal. I now sit on 19 tops (hopefully 20 after Prague) and all I care about right now is going back to the World Championship.

What I don’t like about generic lists is that you are not going to have an advantage over the rest of the competitors once you are in the top-cut (given that the average level should get higher once there). So what I usually do instead is building my deck around a specific strategy (in this case beating Spyral mirror matches) and accepting the risk of having a lower win-rate against other decks in the swiss, knowing that if I top I will be rewarded by possibly having the best deck among the 32 remaining.

Dallas was the first event in which Spyral was legal, so I thought a lot of people would net-deck OCG deck lists and probably play something quite generic. 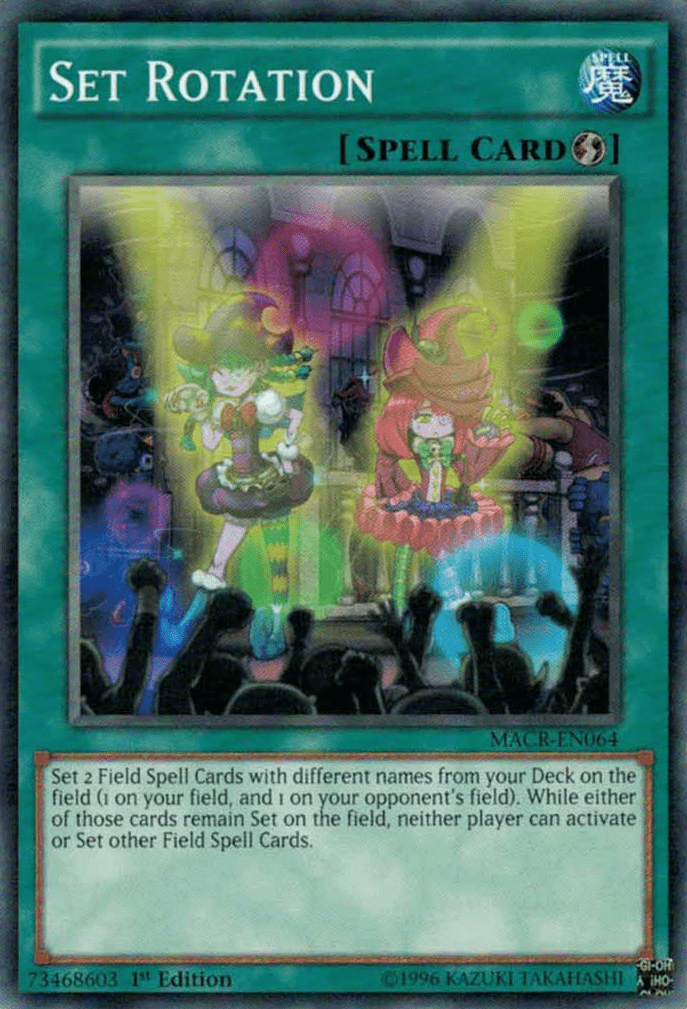 I decided to go 2nd all day because I didn’t think the mirror match was that interactive or skillful and Set Rotation in particular scared me a lot. If you build your deck to go first, you have to include it cause it is such a blow-out card in the mirror but you automatically make your deck worse going 2nd against your opponent’s set rotations. Also, since the new set came out the Friday before the event I didn’t think many players would have a lot of experience with the deck and especially wouldn’t know how to play around handtraps efficiently. That’s why I mained 13 and the decision paid off, I played a total of 10 mirror matches during the event and beat most of them.

Something else really cool about my deck was that I sided a lot of traps so that I could confuse my opponents on how to side, if I lost the die roll, there was no way they could know I wanted to go 2nd so I would let them go first post side. While If I won the die roll, they would usually expect me to let them start again and I would instead go first and side all my traps.

Unfortunately I lost right away in the top-cut by not drawing any handtrap game 2 or 3, which was a sad way to go, considering I mained so many.

As expected, Spyral won the event and dominated the top cut with a blow-out number of 29/32.

I didn’t have much time to test for YCS London since I came back from USA on Wednesday so I tried to adapt as much as possible to what happened in Dallas. Spyral was surely going to be the most played deck again and players were going have better average deck lists since they now had somewhere to net-deck them from. Surprisingly, even though I lost in the Top 32, my deck list got a lot of attention (especially the Psyframe package) and the eventual winner of the event, Jesse Kotton, even told me he used my strategy to build his deck.

I didn’t want to use a similar deck again and I tried to build something that could beat it since I knew its weaknesses. As mentioned 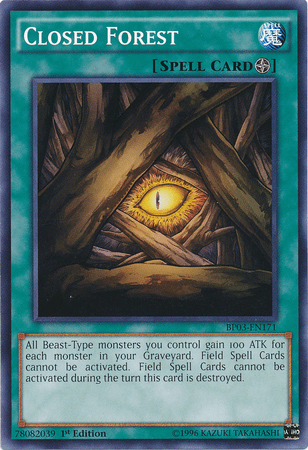 before, set rotation was probably the best card going first but as you can see I used quite a peculiar ratio (only Oracle and no other targets). The reason being was that I hated Destrudo in Dallas and it was even worse for my opponents going first, since any handtrap still stop you but it costs 4000 life points, meaning it doesn’t take much to OTK. I tried searching for other options but the only decent one seemed to be Pseudo Space and it was far from optimal. I eventually considered Closed Forest, which would fix the only problem of the deck (opening both rotation and its target), but luckily for me I discovered in time that they changed the ruling and if you set a field spell on top of another the old one is not considered destroyed any more but sent to graveyard so it wouldn’t trigger Forests effect. That’s why in the end I just ‘yolo’d’ the 1 Oracle and I only drew it together with set rotation once so it worked out well. 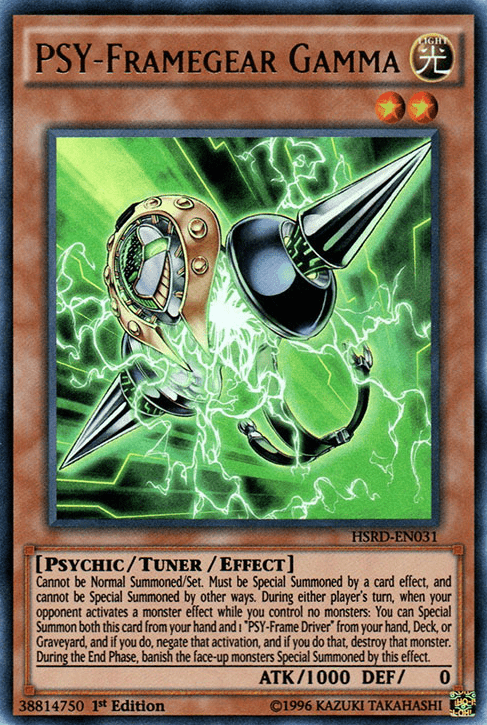 As for handtraps, since I naturally had to cut a few when building a deck to go first, I decided I would only include the best ones at stopping their entire turn. Both Ash and Ogre were not good enough at doing that, since they are one for one’s that get better depending on the number of handtraps you use. Winter Cherries was instead perfect, especially cause it wasn’t as popular in Dallas and I thought it could get some people off guard. The last difference was of course not including the Psyframe package, which is strongly related to the biggest tech of the deck Lullaby of Obedience.

The card was an amazing tool for multiple reasons. It fixed the bad hands by adding the missing piece from your opponent deck while, if you were already going off, you could use it on Sleeper to gain additional disruption (since it will be sent to their graveyard when destroyed, you can also destroy their entire field at will). The BEST part about it though was the interaction with Droll & Lock Bird, if your opponent uses it and if you have Lullaby, you can force them to special summon Sleeper on your side on the field since it ignores summoning conditions and you can’t add cards for the rest of the turn due to droll. That is simply insane and I won multiple games because of it. This is also part of the reason why I didn’t play Gamma instead of another handtrap, going first it was pretty bad unless they had droll and I would still have the same number of outs to it while playing a better card if they didn’t have it.

There is not much to say about the side deck outside of the outs for set rotation (both for Oracle and Gateway), which go back to what I said about the importance of that card in the mirror match. They were amazing for me and I won a few matches due to them.

The deck worked out well but I have to say I struggled quite a bit during the swiss, since day 1 I only played against 3 Spyrals out of 8 rounds. Rogue decks were in fact quite popular at the event, even though the final result wasn’t that different from Dallas (27/32 Spyrals).

Unfortunately I once again lost in Top 32, the match was quite weird for me since I didn’t get to go first a single game (lost the die roll, we went into time game 2 and I lost the die roll for game 3 too) and I didn’t see an handtrap game 2 or 3.

I think the deck should have done much better, but my friend Federico Zoppini also lost in Top 32 with the same deck list even if for different reasons (turns out it is hard to beat an opening of Vanity’s fiend, Imperial Order, Mistake and Solemn Scolding).

Anyway, that’s it for my report, I hope you guys enjoyed reading something a little different and having a peek inside my mindset.

As most of you know, I am leaving Complexity Card Gaming due to changes within the team. I want to thank everyone for the time I’ve spent with them in the months since my return, it was good to be back and also meet new friends, I wish you the best for the future.

See you all in Prague!!