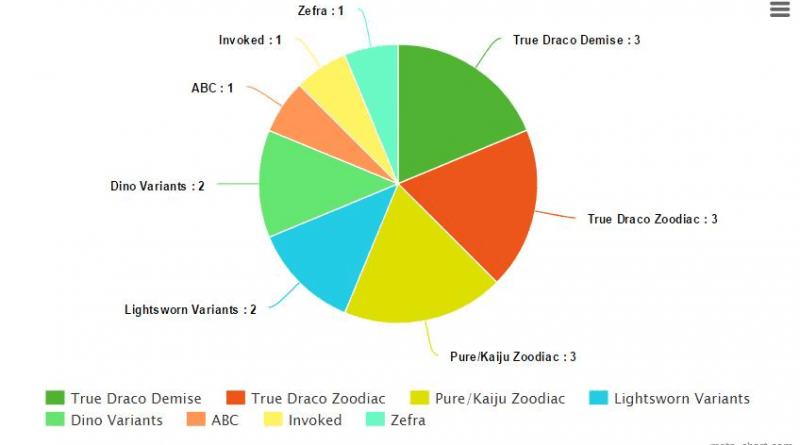 What deck did you play?
Zoodiac true draco

What decks did you play against this tournament and how did it go?
round 1 mirror match draw
round 2 vs pure zoo 2-0
round 3 vs ? sorry I have no memory of this match anymore.
round 4 vs chainburn 2-1 this deck was scary but ash on the drawcards made sure i could take the win
round 5 vs 60 cards zoodiac rank 4 spam 2-0 and managed to break through a field of dweller , amaterasu , stardust and drident with ghost ogre in hand and snow in grave. It was at this point i realized how broken this deck can be.
round 6 vs zoo true draco i believe but not 100% sure.
round 7 vs pure true draco 2-0? who managed to make it to the top16 as well. Droll and luck bird wins this matchup on its own.
round 8 vs pure zoo 1-2 this round was feature match and I bricked heavily.

What unique plays or combos have you seen or did you use yourself?
-I always sat near a flower cardian deck which was wrecking the top tables and was amazing to see.

What techs do you have in your deck?
-Aside from siding desires to exchange for the sheep combo when going second, the deck was pretty standard

What possible changes would you make to your decklist?
-Switch skill drain and imperial order to side for desires because i was siding those in all the time. Also make room for dimensional barrier in the side because i underestimated the presence of pure zoo.

Do you have any notable experiences you want to share?
-Winning the event was definitely the most notable

What deck did you play?
I played pure true draco

What unique plays or combos have you seen or did you use yourself?
-The deck doesn’t really have strong combo’s or unique plays. The deck is focused on getting out Master peace and while disrupting your opponent.

What techs do you have in your deck?
-The deck techs that I ran were ignisheat in the main along with 2 forbidden chalice. Heat is the best card against every deck which runs true draco spells and traps and its really good going second against zoodiac. Chalice was the card for dweller. Laggia, drident, every problem card and its good going first as well. My extra deck was looking like a invoked windwitch extra deck so if my opponent used the eff of lithosagym, and would look at my extra deck, he might think that O play invoked and not make a dweller. This never happened but I had the space and I did not want to play domain so this looked like a solid choice.

What possible changes would you make to your decklist?
-I would play more handtraps in the side deck and maybe more board wipes for going second. Every time I had raigeki I won in that same turn but I need to test if that is the way to go in the up-coming format but this list was really good for me I had like one or two times that I couldn’t play because of brick.

Do you have any notable experiences you want to share?
-In my dino match-up I lost the dice roll and he went first opening laggia tzolkin crystal wing a face up yang zing and 9 branches of the yang zing counter trap set. I broke his board with not even a broken hand. This deck is so good at breaking boards. I think there is no other deck that can break such a board. He did this in game 2 again and I broke his field in the same way.

What deck did you play?
-50 card demise true draco

What decks did you play against this tournament and how did it go?
– qliphort, demise kozmo, true draco, ABC, zoodiac kaiju, minerva-sworn zoodiac, true king-dino’s and true draco-zoodiac
It went very well, up until the top 16 most players where I faced someone inexperienced against true draco. He made a lot off misplays. because of this my only loss was against true king-dino in with i misplayed myself

What unique plays or combos have you seen or did you use yourself?
-in the top 8 i was playing zoodiac-kaiju and he had such a good hand that he could combo into a field of abyss dweller, zoodiac drident, diagusto emerald, 2 backrow set and 4 cards in hand of wich one was droll&lock bird.
he did this by only opening speedroid terrortop, zoodiac barrage and tenki

What techs do you have in your deck?
-main deck raigeki+double dark hole to clear zoodiac bords and master peace. also macro cosmos sinds every deck needs its graveyard

What possible changes would you make to your decklist?
-I plan to lower the card count for consistency, also remove cards like imperial order and macro cosmos because they hinder my own plays when I can’t get a consistent board presence

Do you have any notable experiences you want to share?
-side deck rivalry of warlords whenever u can, because kaiju’s are a pain

What deck did you play?
-Zoodiac Kaiju

What decks did you play against this tournament and how did it go?
-A few True king Dino’s, Yang Zing, Zoodiac Kaiju, A few True Draco’s
Ik think the dinosaur matchup was the easiest. Especially the Yang Zing builds because those monsters get banished in the damage step by Whiptail. I lost a Zoo mirror and then won 2 others pretty easily. De True Draco Matchup wasn’t very scary because I knew it would be difficult. Luckily I won match 1 with not much effort. I won the second one on a livestream because my opponent didn’t open well.

What unique plays or combos have you seen or did you use yourself?
-Sadly I only did the +6 combo only once this whole weekend, but I did it in top 16 so that was nice.

What techs do you have in your deck?
-I played the Predaplant engine in my deck, but bearly saw it. I only resolved the Scorpio once this weekend. I sided the engine out every single match going into game 2.

What possible changes would you make to your decklist?
-I’m cutting the predaplant engine and switching one of the 3300 Kaiju’s for the 3000 one.

Do you have any notable experiences you want to share?
-Setting Slumber against True Draco so they destroy it themself, is the best thing you can do with the card. Searching for that Kaiju when they have Master Peace has won me a few games. 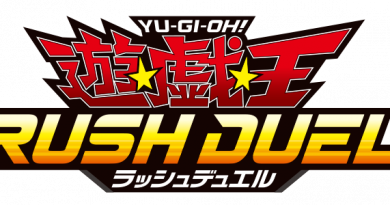