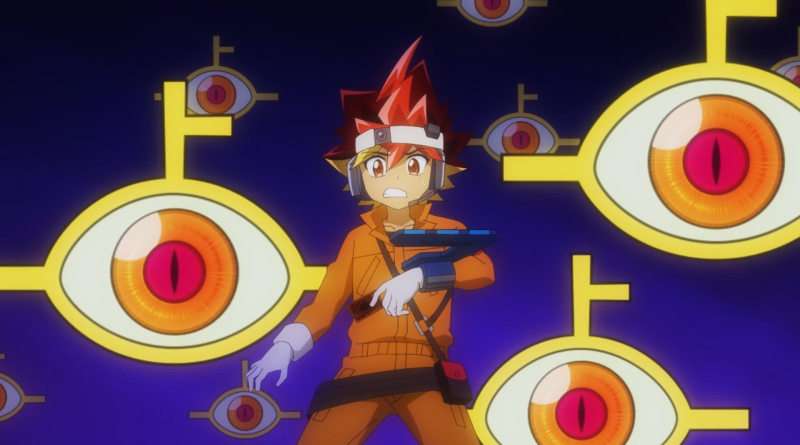 Reminder, psychological warfare is only useful against idiots up to a point.

Episode 18:ノムラトダマスの大予言 – Nomuratodamasu no Daiyogen
(The Great Prophecy of Nomratdamas)
Yuhi and co. learned that Yuna might be at Badloon Castle. However, the only people who can enter the castle are Duelists who possess the “macho” rank, which is the highest rank in Dueling. So, in order to become macho Duelists, Yuhi and co. visit a colosseum where ruffians gather, known as the Coruffium. Yuhi’s first battle is against a mysterious prophet known as Nomratdamas.

NOTE from DMC: Nomratdamas is, obviously, a parody of Nostradamus. As for the castle’s name, I originally thought it was Baron due to the tiny text, and well, lack of context. As it turns out, the castle might have been inspired by the Kowloon Walled City, which was once known for rampant crime .