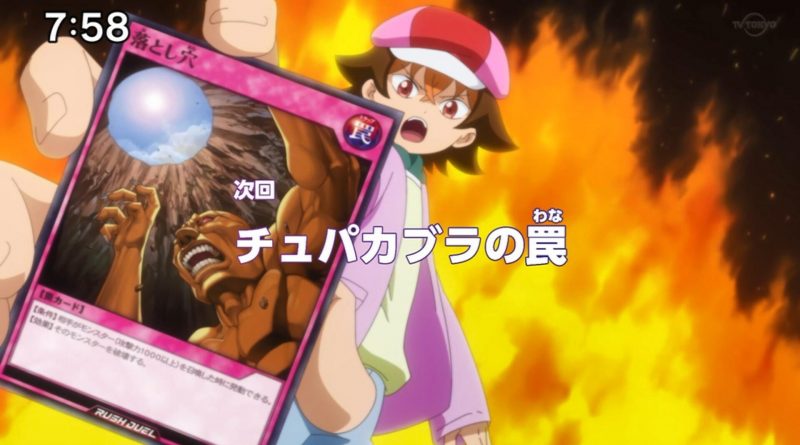 Chupataro becomes a recurring villain of the week as Yudias learns about Trap Cards.

Episode 4: チュパカブラの罠 – Chupakabura no Wana
(The Chupacabra’s Trap)
Chupataro lured Yudias to a garbage disposal area. Thanks to his inborn abilities, Yudias was able to overcome Chupataro’s many traps, but he still ended up getting captured! Meanwhile, Yuhi, who was panicking, also arrived at the garbage disposal area…